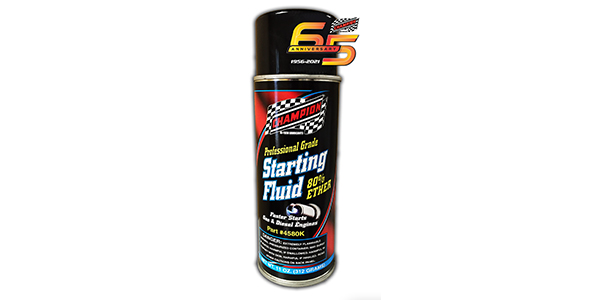 The Professional Grade 80% Ether Starting Fluid is designed to work on gas and diesel engines in cold weather.

Champion Oil, a globally recognized industry leader in performance lubricants, additives, chemicals and motor oils for more than 65 years, recently announced a Professional Grade 80% Ether Starting Fluid that is designed to work on gas and diesel engines in cold weather.

“Starting fluid is a volatile, flammable liquid which is used to aid the starting of internal combustion engines, especially during cold weather or in engines that are difficult to start using conventional starting procedures,” stated Karl Dedolph of Champion Brands, LLC. “It is typically available in an aerosol spray can, and may sometimes be used for starting direct injected diesel engines or lean burn spark engines running on alcohol fuel.

“Starting fluid is sprayed into the engine intake near the air filter, or into the carburetor bore or a spark plug hole of an engine to get added fuel to the combustion cylinder quickly,” added Dedolph. “Using starting fluid to get the engine running faster avoids wear to starters and fatigue to one’s arm with pull start engines, especially on rarely used machines.

“Other uses include cold weather starting, vehicles that run out of fuel and thus require extra time to restore fuel pressure, and sometimes with flooded engines. Mechanics sometimes use it to diagnose starting problems by determining whether the spark and ignition system of the vehicle is functioning; if the spark is adequate but the fuel delivery system is not, the engine will run until the starting fluid vapors are consumed.”

“It is used more often with carbureted engines than with fuel injection   systems. Caution is required when using starting fluid with diesel engines that have preheat systems in the intake or glow-plugs installed, as the starting fluid may pre-ignite, leading to engine damage,” concluded Dedolph.

This product is compliant for sale in North America.

Advertisement
In this article:Champion Oil

Products: Save Thousands With K-Seal Ultimate 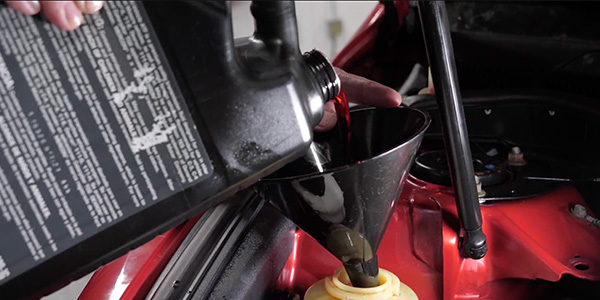