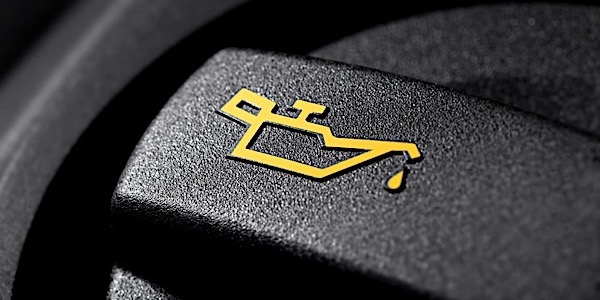 You may have noticed that some Toyota and Honda four-cylinder vehicles require SAE viscosity 0W16 oil. The oils really stand out on a shelf because the last number is strange because it does not end in a five or zero. You may have noticed it in the catalog pages or shelves of your oil supplier. 0W16 oil has been around for almost two decades in Japan. It is an oil that is designed to increase engine efficiency and reduce engine warmup time.

In the U.S., 0W16 oils were going to be part of the ILSAC GF-6 rollout as GF-6B oil. What is significant about GF-6B oils is that the specification will not be backward compatible because of the new viscosity grades. GF-6A lubricants being backward compatible means that GF-6A engine oils of the appropriate conventional viscosity grade are acceptable for use in cars whose owner’s manuals recommended previous GF categories (GF-1 through GF-5). GF-6B engine oils should only be used when recommended by the OEM (follow the owner’s manual). 0W8 is another planned viscosity that will be in the GF-6B category.

GF-6 oils have been delayed due to a debate over some of the test sequences and test engines. But, OEMs planned the implementation of new engine technology years in advance. OEMs like Honda and Toyota prepared for the rollout and availability of GF-6B oils many years ago. This is why you are seeing 0W16 oils before you will see GF-6 oils.

Many 0W16 oils have a new donut certification mark on the bottle called API SN-PLUS and SN-PLUS Resource Conserving. On the bottle, you may also see OEM certifications for Honda and Toyota.

According to API, SN-PLUS are formulated to provide API SN performance and additional protection against low-speed pre-ignition for engines with direct injection and turbocharging. SN-PLUS oils can effectively lubricate engines calling for API SN, API SN with Resource Conserving or ILSAC GF-5.

The big question among shops is how can four points on the viscosity rating change the performance and longevity of the engine? This is data that is difficult to come by, much less evaluate.

The one indisputable document is the owner’s manual. 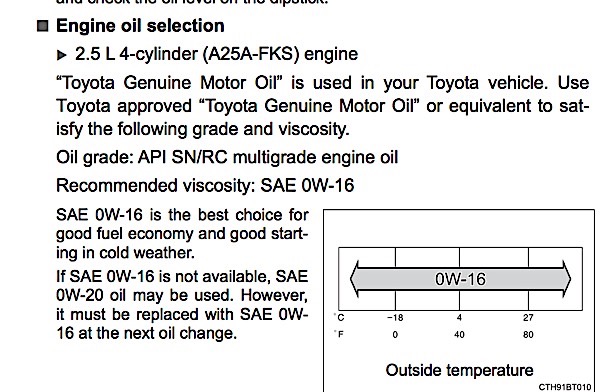 For the 2018 Toyota Camry with the A25A-FKS 2.5L four-cylinder engine, they recommend 0W16 oil that meets API SN Resource Conserving standards. But, in the next paragraph, they state, “If 0W16 is not available, 0W20 oil may be used. However, it must be replaced with 0W16 at the next oil change.”

Both owner’s manuals and service information say that 0W16 is the best choice for fuel economy and cold-weather starting. Is there an easy answer to the 0W16 or 0W20 argument? Yes, if you want to keep your customers happy, use 0W16 oil. Can you use 0W20? Both OEMs say it can be used in a pinch when 0W16 is not available.

The EPA’s Role
Whenever a vehicle’s fuel economy for the window sticker is validated by the EPA, the oil in the crankcase must be on the market and available to consumers. This prevents OEMs from using exotic lubricants for engine oil that could influence fuel economy.

With increasing fuel economy standards taking effect in 2025, this is why both domestic and import automakers will be making the switch to 0W16 in the future, and then a switch to 0W8. According to some engineers and oil companies, the small reduction of four viscosity points can improve fuel economy by as much as 2%.

Is Heavier Better?
If you are concerned that lighter oils offer less protection, you have to realize that engines have changed. Most new engines feature an oil pump that can deal with these lighter weight oils.

Variable displacement oil pumps can deliver the correct volume and pressure using lighter-weight oils and create less drag on the engine. These pumps are far more sophisticated and are often electronically controlled. Even if that does not change your mind, consider the variable valve timing actuators. If the oil is not the right viscosity, it can cause sluggish performance of the actuators that can cause codes and driveability problems.