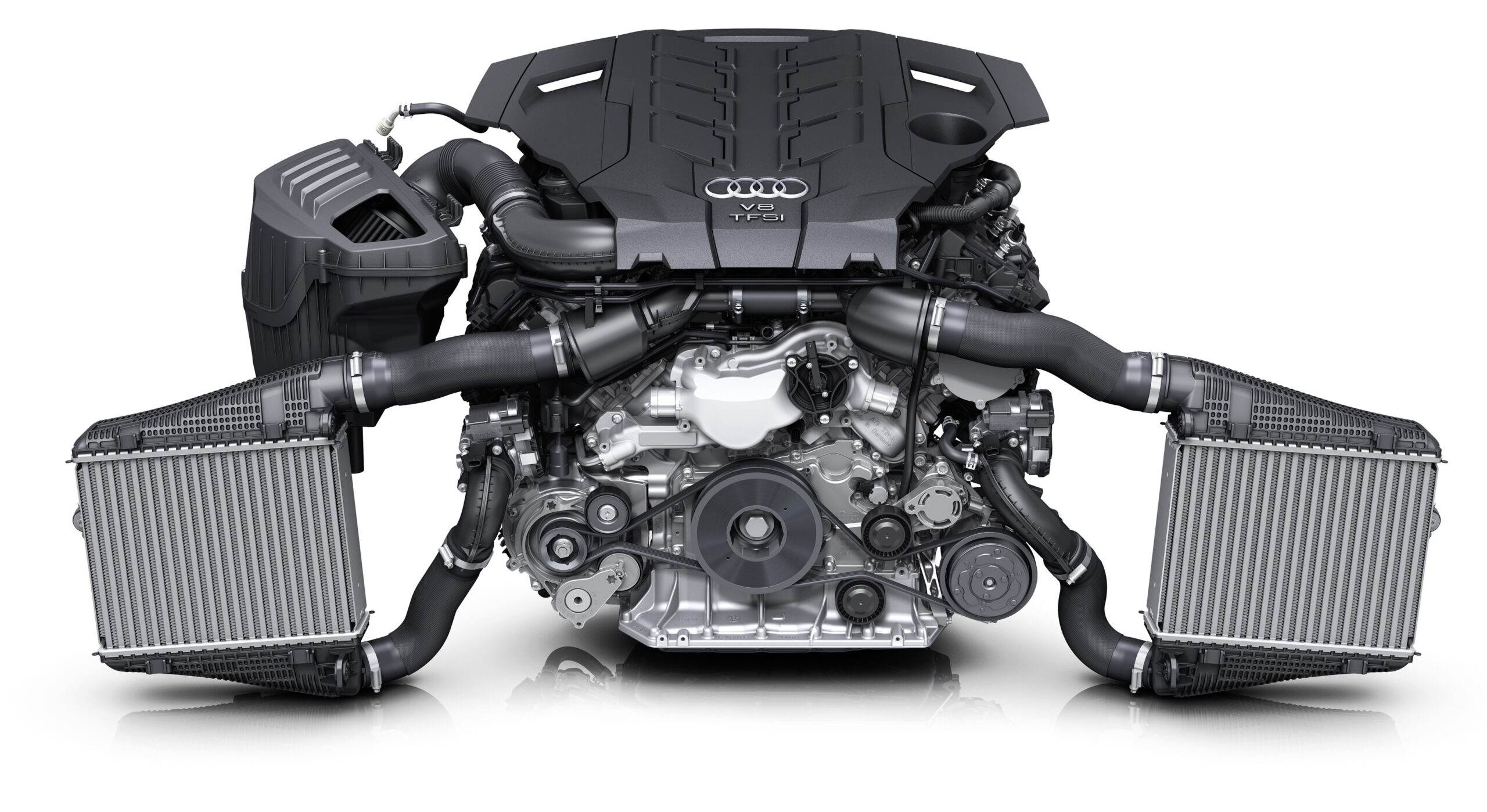 Ask the owner of any turbocharged late-model car or truck and chances are they have no idea there is a turbocharger under the hood. This is because the management of boost pressure and turbine speed has become a science. Gone are the mechanical elements that open when the boost hits a peak. Now, sensors and actuators manage boost pressure, so the driver does not notice a turbocharger spinning at 200,000 rpm.

From a diagnostic perspective, many things can change the performance of the turbocharger. But, the turbocharger is rarely the source of the problem. Often, it is the sensors and valves that prompt codes for over- and under-boost conditions.

The turbine speed is ultimately governed by the wastegate. The wastegate channels the gases around the turbine and back into the housing and exhaust system. The compressor side of a turbocharger pressurizes outside air. The amount of pressure produced is controlled by a valve that can be called a blowoff, diverter or bypass valve. The valve bleeds off pressure and diverts it back into the turbocharger’s inlet or the air cleaner. The diverter valve also prevents the turbocharging from surging when the throttle body is closed. Surging involves air reversing direction in the charge pipe and intercooler. This can damage the turbocharger’s shaft and bearings.

When the turbocharger compresses the air, it is heated. This is why the next stop is an intercooler. With a large surface area, the air is cooled by the intercooler before it enters the engine. After the intercooler, the air enters the charge pipes and eventually goes to the throttle body and intake manifold.

One valve that is forgotten is the throttle body. The throttle angle works together with the diverter valve and wastegate to improve drivability and performance. The angle of the throttle might be 100% even when the pedal is at 60%. The theory is that by opening the throttle fully, it eliminates the greatest restriction. The rest of the throttling is performed with the boost pressure and the variable valve timing.

Cold weather can affect boost sensors. Condensation can build up around and inside a boost sensor and cause the sensor to malfunction and read the boost levels lower than normal. Some engines will have multiple sensors for boost. If a boost sensor is out of range, it will cause a code P0236.

Like any naturally aspirated engine, the oxygen or air-fuel ratio sensors play a critical role in the turbocharger operation. If the oxygen sensors can’t determine if the engine is running too rich or lean, it might reduce boost pressures to prevent damage to the engine. The same is true for knock sensors.

In the past, wastegates and blowoff valves opened and closed according to a set pressure inside the intake or charge pipe. When the upper limit was reached, wastegate or blowoff valves opened. On modern engines, the operation of these valves can be independent of pressure. The engine management system can operate the two valves to reduce lag and keep the turbo spooled up.

Most modern vacuum-actuated wastegate or blowoff valves use a vacuum pump mounted to the exhaust camshaft. A pulse-width actuated solenoid controls the movement. The ECM will vary the duty cycle to open the valve. In most cases, 0% will indicate a closed valve, and 100% will represent a fully opened valve.

Some systems will have the solenoid or electric motor directly controlling the diverter and wastegate valve. This makes for a more responsive valve that does not need vacuum to operate. Hyundai and Audi use these types of solenoids.

The engine management system knows the expected level of boost pressure for a given condition. Code or DTC P0299 indicates the boost pressure is below expectations. Different vehicles might have other criteria for setting a P0299 DTC. One vehicle may specify the lower boost levels must occur for more than three seconds at a given throttle angle. Most require multiple incidents over one or two key cycles. If you have a scan tool, you can access the freeze- frame information when code P0299 was set.

Many components and conditions could cause a P0299, such as a restricted air filter or blocked catalytic converter. Why? If the engine can’t ingest or expel air, it can’t create boost.

One of the more common causes of a P0299 is a stuck or leaking wastegate. If exhaust gases are bypassing the turbine, the compressor can’t spool up. The wastegate’s shaft can become frozen in the exhaust housing. Also, the housing can crack where the flap seals against the seat and cause a leak.

On the control side, it is possible for a solenoid to fail in the open position and cause the actuator for the wastegate to stay open. A leaking wastegate can also occur if carbon deposits build up around the wastegate flap. Carbon deposits are caused by oil, which could come from leaking turbocharger shaft seals. But, oil could also be coming from the PCV system. If the PCV system is not functioning correctly, it can cause the engine to ingest large volumes of oil droplets and crankcase vapors.

Diverter valves can fail to seal and cause a P0299 code. Most of these leaks are caused by the seals on the sides of the valve’s piston in the compressor housing. The greater the boost pressure, the greater the leak.

Leaks in the plumbing and intercooler can cause a P0299 code. These leaks will often occur at the couplings between charge pipes. Finding the leaks can be difficult due to the packaging of the intercooler behind a bumper. A smoke machine can help find the leaks, but you may need to upgrade it. Most smoke machines are designed to test EVAP systems and can’t generate enough pressure to cause a coupling or cracked intercooler to leak.

If you find a small pinhole leak at the bottom of some intercoolers, it might be a design feature. Some intercoolers will have a small hole to allow condensation and oil to drain from the intercooler. This can be seen on some Ford F-150s with the 3.5 EcoBoost engine.

One of the least common causes of a P0299 code is a failed turbocharger. This type of failure happens when a lack of lubrication causes wear on the shaft, bearings and seals. Wear to the shaft can cause endplay. The turbine and compressor can come in contact with the housings and slow, or even stop.

Another cause of a turbocharger failure is the flow of engine coolant. Late-model turbochargers will cool the center section with coolant and oil. When the engine is turned off, an electric pump will circulate coolant through the center section. If the pump is not functioning, oil inside the turbo can oxidize and restrict the oil passages.

But, one of the most common causes of a P0299 code is a faulty boost sensor. The boost sensor can fail and under- or over-report boost pressures. It can often cause a code P0236 to be set. This is where a mechanical boost gauge or pressure transducer can help to diagnose the problem. When inspecting boost sensors, check to see if the sensor has good power, ground and reference voltage.

An over-boost condition typically occurs when the diverter valve or wastegate fails to open. The criteria for setting a P0234 can vary, depending on the manufacturer. The main criteria is the boost exceeded a specified level for a period that is usually two seconds.

Most manufacturers will have other criteria for code P0234. The criteria can include engine RPM and ambient air temperature. When an over-boost condition is detected, the engine will enter a “limp mode” that restricts engine rpm.

One often-ignored cause of an over-boost condition is the preload for the wastegate actuator. The preload is adjusted by changing the length of the rod that goes between the vacuum actuator and the arm of the wastegate. Setting the preload may involve counting threads, or it requires a vacuum gauge to determine when the wastegate cracks open. If you are installing a new turbocharger, you might have to set the preload.

Fuel Pump Controls For Pressure and Volume
Connect with us