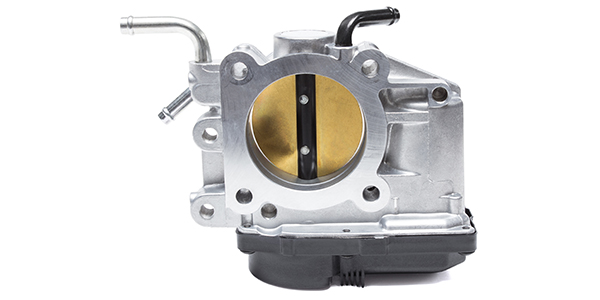 With carburetors, idle was a set RPM number that depended on the angle of the primary’s throttle. During a tune up, idle was set with a screwdriver. Also set was the fast idle cam that changed the throttle angle when the choke was set on some carburetors. Idle was a fixed angle and the idle would change as the A/C compressor clutch engaged or electrical loads increased. 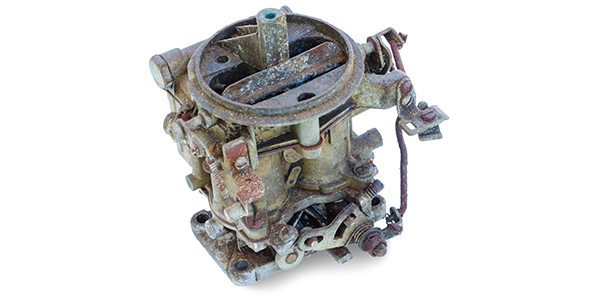 With carburetors, idle was a set RPM number that depended on the angle of the primary’s throttle. During a tune up, idle was set with a screwdriver. Also set was the fast idle cam that changed the throttle angle when the choke was set on some carburetors. Idle was a fixed angle and the idle would change as the A/C compressor clutch engaged or electrical loads increased.

Even with idle air control valves, idle quality and throttle tip in are still not as efficient as it could be. Throttle-by-wire systems simplified and improved idle quality on a lot of vehicles. During idle, the angle of the throttle is varied to keep the engine speed in the desired range.

If you look at the data PID for throttle angle, it can change depending on a lot of conditions including if the transmission is shifted from park to drive. It is not a set value.

When carbon and other deposits build up around the throttle plate, the air needed for idle is restricted. The response from the engine control computer is to increase the angle of the throttle to compensate. Some OEMs call this adaptive throttle control. But if the values exceed a specified range, it may set a code. On some vehicles as the throttle body is cleaned, the idle might be high or erratic. 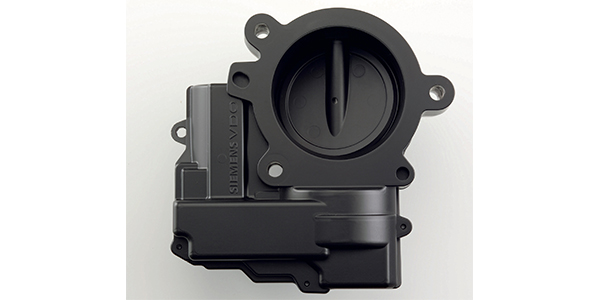 Some manufacturers like BMW are using materials for the throttle body and plate that resists carbon deposits, but they can be damaged by some solvents.

Relearn and Adapt
If a throttle-by-wire unit is replaced or cleaned and installed, the vehicle will have to relearn the values of the pedal and plate. Some vehicles do this automatically every time they are started. Some vehicles require a special key, pedal sequence and/or test drive cycle.

Most modern vehicles relearn throttle angle and idle settings using a scan tool. This can be a lot faster than allowing the system to relearn on its own and can avoid giving a customer a car back with the check engine light on. On some vehicles, this reset should be performed if the battery is replaced.

Cleaning a Throttle Body
Carbon deposits around the throttle plate are caused by crankcase vapors and combustion gases inside the intake manifold. Since most throttle bodies are heated to prevent icing, it makes a perfect environment for carbon buildup.

The next time you want to see how effective a throttle cleaning service use your scan tool and record the throttle angle or idle compensation PIDs at idle before and after the cleaning.

Throttle-by-wire systems are designed to operate without service for many thousands of miles. Part of this trouble-free design is the area around the throttle plate. Some manufacturers use a coating around the bore where the plate operates. This Teflon-like substance repels carbon, oil, and debris. 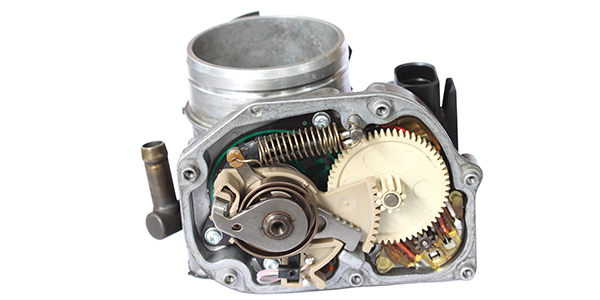 Avoid trying to force open a throttle plate unless specified by the OEM. Damage can occur to the internal gears.

While, some of these coatings can be removed with harsh solvents, a few manufacturers recommend cleaning the surface with just a shop rag with no or minimal solvents. GM recommends cleaning with solvents that do not contain methyl ethyl ketone (MEK) in the ingredients. MEK can harm coated surfaces as well as damage the bushings and seals around the shaft of the plate. There are throttle-body-specific cleaners available that are formulated so they will not damage the majority of throttle bodies on the market.

If you check the bi-directional controls, there might be a function to fully open the throttle butterfly for cleaning. Never force open a throttle butterfly on a throttle-by-wire system unless it is listed in the service procedures. Most OEMs recommend that cleaning is performed with the throttle-by-wire unit off of the vehicle. This is done for two reasons. First, if you spray extreme amounts of solvent into the intake, it might hydro- lock a cylinder. Second, the flammable solvents can increase temperatures in the combustion chamber, turbocharger, and catalysts. If they are extreme enough, damage to the catalyst will occur. On turbocharged applications, it can even damage the bearing seals. This eventually causes shaft endplay and turbo failure.