The consequences of a timing belt failure on a Ford depend on the application. Fortunately for many Ford owners, there is enough clearance between the valves and the pistons so no harm will come to the engine if the belt snaps. But on older Escorts (up to 1985) with 1.6L engines as well as 1989 and up Probes with 2.0L or 2.2L four cylinder engines, a timing belt failure will usually bend a bunch of valves. The same goes for the Mazda-built 3.0L V6 in the Mercury Villager. On the older cars, the cost to repair the damage may be more than the vehicle is worth – which means your customer has to make a painful decision either way.

The main thing to keep in mind about timing belts is that belt failures often happen with no warning whatsoever. As a belt ages, the reinforcing cords that hold the belt together weaken. The belt may still look good as new on the outside but inside the cords have lost tensile strength and may be on the verge of failure.

There is usually no noise or other symptoms to warn a motorist that their timing belt has reached the end of the road. One minute the engine is running fine and the next it is deader than a dodo bird. The only sound they hear is the frustrating wheezes from an engine that cranks but won’t start because it has no compression. If the car is a Probe or an older Escort with an interference engine, the engine won’t even crank because the valves will be smack up against the pistons.

The rest of Ford’s powerplants rely on timing chains to keep the camshaft and valves moving. This includes everything from the older 289/302/351 pushrod V8s to the latest OHC 4.6L and 5.4L V8s. Chains are longer lived than most timing belts, and there are no recommended chain replacement intervals published by Ford for these engines. Even so, timing chains do stretch with age and may cause noise, retarded valve timing and/or ignition timing. Timing chain noise can also be caused by other problems as well.

A case in point is grinding noise coming from the timing chain cover area in 2000 to 2003 Ford Crown Victoria and Mercury Grand Marquis with the 4.6L V8. According to Ford Technical Service Bulletin 03-15-7, excessive wear in the timing chain tensioner arms can cause a noisy condition. The tension arm has an aluminum base with a nylon surface. So if you find nylon and/or aluminum particles in the engine oil, it probably means the tensioner, tensioner arms, timing chains and gear set all need to be replaced.

Ford also recommends changing the oil and filter to flush any nylon and aluminum particles from the crankcase. If the timing chain has worn through the tensioner arm into the tensioner piston, remove the oil pan from the engine and clean the debris from the oil pickup tube.

Ford TSB 97-2-8 describes a clattering noise at engine start-up after the engine has sit overnight that may be heard on 1995 Ford Contour and Mercury Mystique models with a DOHC 2.5L V6. Oil leaking out of the chain tensioners causes the timing chain to momentarily rub against the tensioner ratchet when the engine is first started. The noise only lasts a couple of seconds and goes away as soon as the engine builds up oil pressure.

When replacing a timing chain on any Ford engine, always replace the chain, camshaft and crankshaft sprockets. Don’t reuse the old sprockets to save time or money. All three components wear as a system and should be replaced as a matched three-piece set. Some OHC kits also include chain guides and/or tensioners. These “extra” parts play a vital role in supporting the chain and keeping it tight and should also be replaced at the same time.

Labor times for replacing Ford timing belts obviously vary depending on the application, but typically run about two hours for the easier ones, and up to three or more hours on the more challenging applications. Should you ever encounter a 1984-86 Ford Escort or Tempo with a 2.0L diesel engine (which are very scarce, fortunately), be warned that step one of the timing belt replacement procedure is to remove the engine from the vehicle! It’s a six-hour job to change a timing belt on one of these little beasts!

On Ford Probe with a 2.0L or 2.2L four-cylinder engine, the job will probably take you three to four hours. The biggest obstacle to replacing the timing belt is the right hand (passenger side) motor mount. There is almost no accessibility to a couple of the bolts that attach the mount to engine.

Though Ford hasn’t made the Probe for several years, there are still a lot of them on the road and many have well over 100,000 miles on the original timing belt. The four-cylinder engines are interference engines so it’s important to change the belt before it fails. So here is the basic procedure for doing just that on a Probe:

Tensioner and idler pulley bearings are “sealed for life” and are not serviceable. So there’s no way to clean, inspect or relubricate the bearings when you change the timing belt. Over time, the grease inside the bearings breaks down and oxidizes, accelerating bearing wear and increasing the risk of a bearing failure or seizure. And the hotter the operating environment, the shorter the lifespan of the grease and the bearings. The location of the tensioner and idler pulley under the timing belt cover prevents them from receiving much cooling, so they tend to run quite hot.

When a tensioner or idler bearing seal fails, dirt and humidity enter the bearing and grease leaks out. The bearing is doomed and will eventually fail. The first symptom is usually noise. If ignored long enough, the next symptom may be jumped timing as the belt loses tension, or belt failure.

If a new tensioner and idler pulley are not included with a timing belt kit, you should order them separately.

Any belt that shows obvious damage such as frayed or exposed cords, damaged teeth, hunks of rubber missing, deep cracks, excessive surface cracking or severe glazing should be replaced – without delay! Small surface cracks on the ribbing is considered normal. But extensive cracking or deep cracks are not.

If you find a belt with stripped cogs, it would tell you something in the cam drive system has jammed or stuck, overloading the belt and causing it to shear teeth or jump time. The most likely culprit is the camshaft, which may have seized due to engine overheating or lack of lubrication (low oil level or loss of oil pressure). Check the coolant level, oil level and maintenance records of the vehicle.

When OHC cylinder heads get too hot, they usually swell up in the middle causing the cam to bend or bind. In some cases, this may break the cam, snap the timing belt or shear the cam drive sprocket off the end of the cam.

Make sure the replacement belt is identical to the original. Belt length, width, tooth profile and pitch must be the same, and the material must be the same or better. Do not substitute a less expensive neoprene belt for one made of HSN (Highly Saturated Nitrile). Use a quality brand of belt because some no-name brands use inferior materials that won’t last as long as the OEM belt or a quality aftermarket belt.

When changing a belt, never attempt to “stretch” a belt over a pulley. Belts, remember, do not stretch and forcing one to do so will likely damage the cords and cause it to fail.

Also, never pound on a sprocket to force it into place. If it isn’t sliding into place, check alignment and fit.

Misalignment problems in the cam drive can also occur if the cam sprocket is installed backwards, the wrong thickness of washer is used (incorrect end play), a thrust button is forgotten or the crank sprocket is not positioned properly on its keyway.

Belt tension is critical to belt longevity. Adjust to the recommended specifications (always refer to the manual because the amount of recommended play can vary depending on the application). If the belt is too tight, it won’t last. If the belt too loose, it may jump time.

Belt replacement is recommended any time the cylinder head has to come off of the engine, or when replacing a water pump that is driven off the timing belt. In both cases, the belt has to be removed anyway to make the other repairs so there’s no extra labor required to change the belt – and it will save your customer the cost of having the belt replaced later on.

To achieve proper timing belt tension on this engine, Ford says the camshaft sprocket bolts should be loosened enough to permit the sprockets to turn freely on the camshafts. Once this has been done, rotate the crankshaft clockwise so cylinder No. 1 is at top dead center. Then, install the camshaft alignment tool in the camshaft slots to hold the cams in place.

Note: If the pointer does not remain centered over the index line during final tightening, loosen the bolt and repeat the procedure beginning with step 4.

(*) – Indicates an interference engine that will suffer valve damage if the timing belt fails. 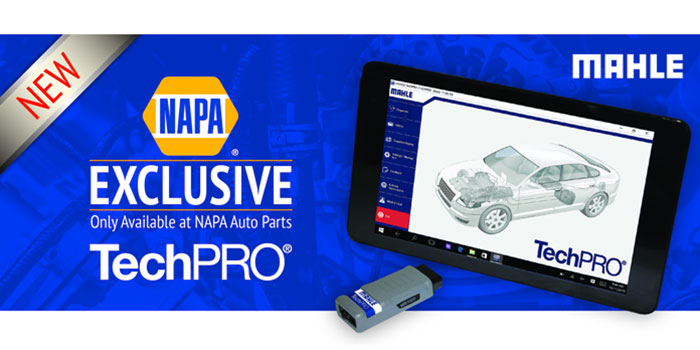