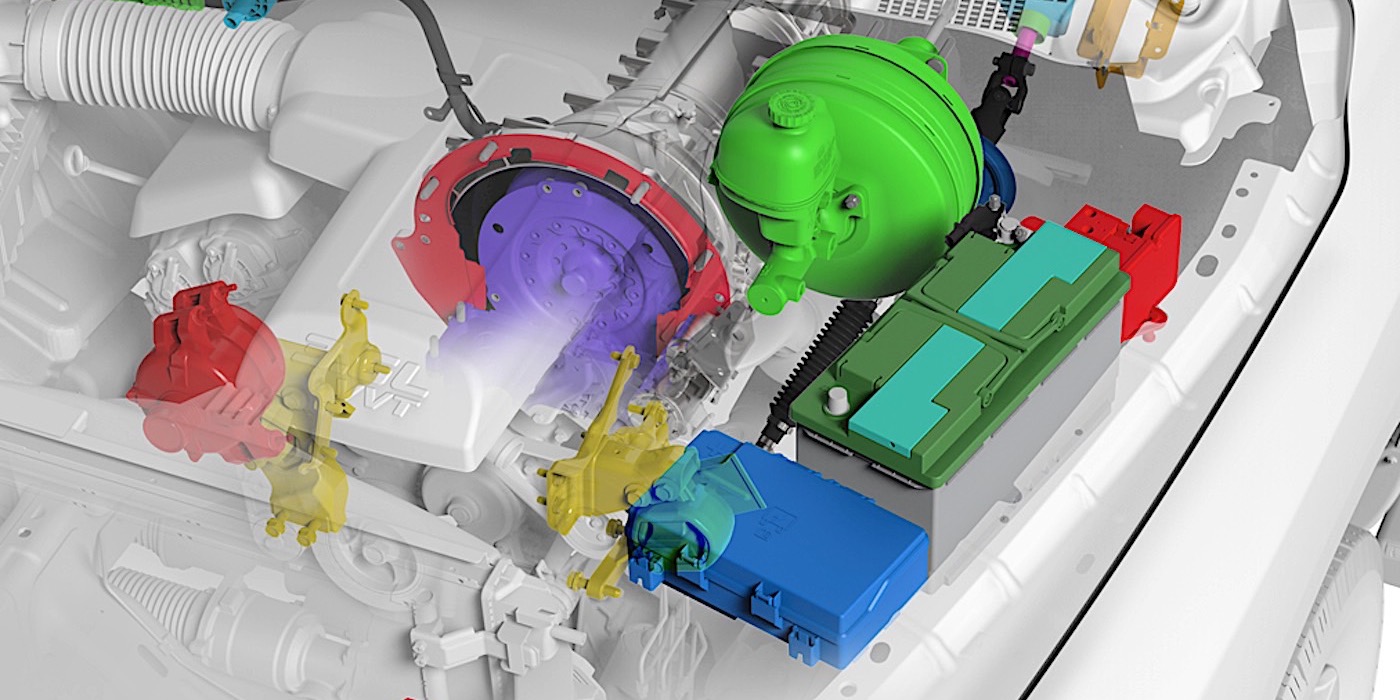 This function of the power management system that uses several modules to decide when the engine needs to stop and start.

When trying to resolve a complaint, code or no-start/no-crank condition on a stop/start vehicle, it is essential to know how the system operates. The problem may not have a complicated reason – something simple may cause the stop/start system not to work.

The greatest obstacle to the advancement of stop/start technology is the driver’s and technician’s lack of trust in and knowledge of the technology. Many older drivers and technicians fear that stopping and starting the engine will cause a shorter life for the battery, starter and engine. But the real fear is that the engine will not start again at a green light.

Stop/start technology is more than just a switch wired to the brake pedal and starter – it is a function of the power management system that uses several modules to decide when the engine needs to stop and start.

Likewise, diagnostics for stop/start systems are not limited to the starter, battery and alternator. When trying to resolve a complaint, code or no-start/no-crank condition, it is essential to know how the system operates. Why? Something as simple as a defective sensor in an air duct or a bad wheel speed sensor can cause the stop/start system not to work.

On all stop/start vehicles, the life and performance of the battery are measured by the vehicle in several ways. These constant checks prevent the engine from being stopped and the battery not having the power to restart. Some manufacturers call it a battery or power management system but whatever its name, the goal of the system is to balance the load on the alternator and battery. Most of all, these monitoring steps prevent the customer from being stranded.

Most stop/start systems can use current-measuring sensors in the battery cables and will look at the electrical loads on the vehicle. Some more advanced systems will have connections on the positive and negative battery terminals that measure the internal resistance.

All systems also look at voltage drop during cranking. If the voltage drops too low or for too long, it will set a code and turn on the battery light in the instrument cluster.

The diagnostic strategy for the battery and electrical system requires research to see how the system measures battery life and performance. You will need to confirm the condition of the battery using a tester.

Don’t just use a voltmeter to determine the state of charge: voltage readings can be different for AGM batteries. Due to differences in internal construction, AGM batteries have lower internal resistance when compared to a conventional lead-acid battery. AGM can charge faster and recover faster after starting the engine. Also, AGM batteries perform better at colder temperatures.

More sophisticated battery testers can take these internal engineering features into account. Some vehicles use a second battery to handle non-starter loads, so the occupants don’t notice any disruption to the HVAC or audio systems when the engine is off.

Never take a new battery for granted. Often customers will install a battery on their own or have a battery replacement performed at retail auto parts or “big box” store. The battery may fit, but it will likely be a conventional flooded battery instead of an AGM or the specification for cold-cranking amps or reserve capacity will not match the vehicle. If you see a new battery, test it and make sure it is the correct battery for the application.

The other diagnostic area for inspection is the battery cables. Many have sensors mounted on the positive battery terminals. Also, most terminals will have more than one wire, typically leading to a power distribution module under the hood. If the connection to the battery is compromised by poor installation or corrosion, it can cause codes or the stop/start system to be deactivated.

One of the unfortunate side effects of stop/start technology is that evaporator cores are becoming more insulated and evaporator fin and tube designs are continually changing. These changes allow the evaporator core to stay colder longer, but they make removal and installation more difficult.

Once you begin looking at a stop/start system wiring diagram, you start to see a pattern. Under the hood, you will see a power distribution module that feeds other components and modules on the vehicle.

Just about every OEM has gone with this type of architecture. Ford may call theirs a Smart Junction Box and Chrysler calls theirs the Totally Integrated Power Module. At first, these were simple modules that controlled the alternator and battery charging. Most contain the relays and some of the larger fuses.

So, what does this new level of connectivity mean to stop/start diagnostics? During your first scan, look for communication codes from all of the modules on the vehicle. The next type of codes to look for are codes that indicate data mismatches or implausible data. These can give you an indication of where to focus your next round of tests. The most important thing to remember is that if a system like the ABS, HVAC or the engine has codes, chances are the stop/start will not work.

High-end stop/start systems use a large generator/motor combo between the engine and transmission to turn the engine and generate power. But, the majority of systems are using a starter that looks a lot like a conventional starter.

These starters operate the same way but with some critical internal differences. The first thing you will notice is that the gear on the starter is larger and the gear reduction system is lower. This allows the starter to turn slower, this reduces wear on the brushes and bearings. Also, the armature and bushes are upgraded to improve the longevity of the starter.

You might have noticed when you pull up to a stoplight, some cars are silent. As the light turns green, you hear starters engage, engines start and see people pulling away. Like it or not, you will be working on a stop/start system at your shop as more vehicles with this technology see their warranties expire.