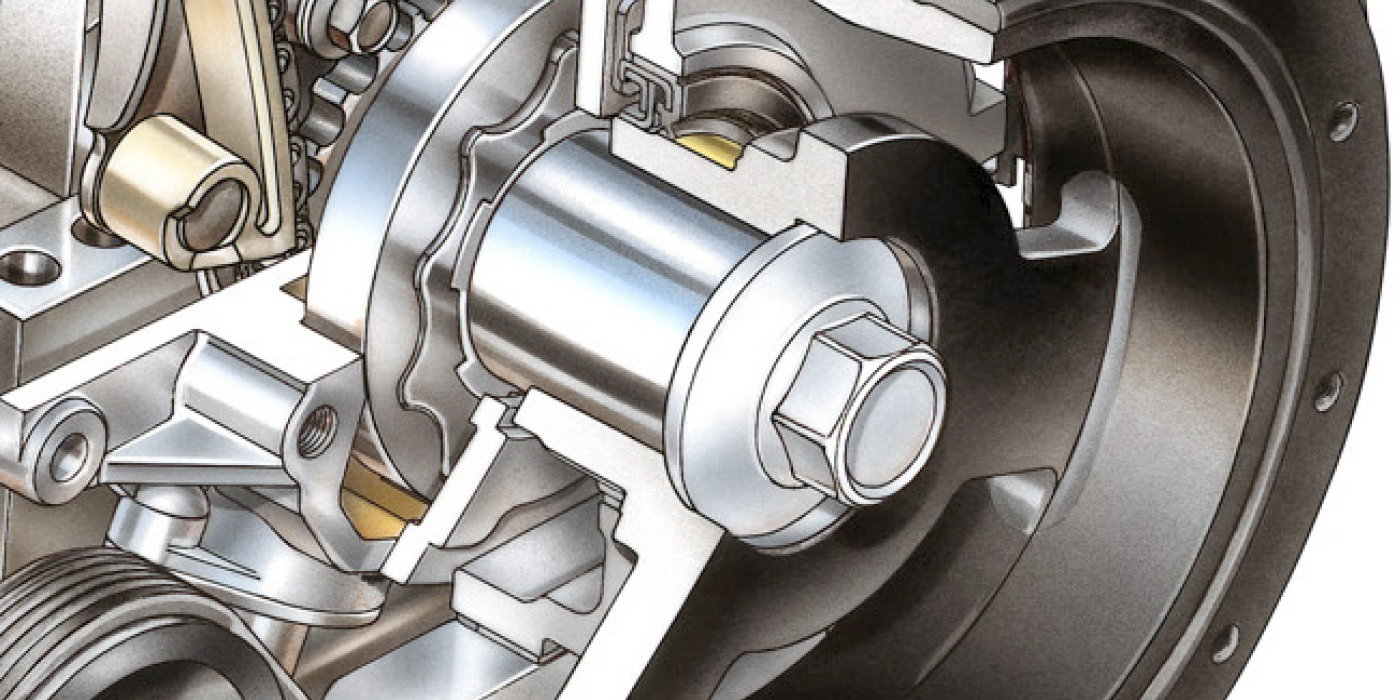 Visual inspection is critical. Any sign of movement laterally is grounds for replacement.

This fewer cylinder and longer stroke engine strategy is changing how crankshafts are being designed and manufactured. But, the journals and counterweights can only absorb and counteract only so much abuse. The forces of combustion can be dampened on either side of the crankshaft. At the rear of the crankshaft, the flywheel or torque converter can dampen some of the force. At the front of the engine, some manufacturers are using a harmonic balanced or crankshaft dampener.

While the dampener may only flex two or five degrees of movement, this takes a lot of strain off components on the accessory drive belt system.

A crankshaft dampener fails just like a suspension bushing. First, the rubber can tear and rip. The most common failure is the separation of the rubber and metal surfaces. In some cases, the outer ring will change location, and the belts will be out of alignment. This will cause a chirping noise, belt flutter and accelerated wear of the belt.

When the dampener fails, it not only can damage the accessory drive belt system but can cause a broken crankshaft and connecting rods. Spotting this damage early can save an engine.

Visual inspection is critical. Any sign of movement laterally is grounds for replacement. But if the outer ring is slipping on the dampener’s inner part, it can be not easy to spot. One method is to use a grease marker or paint pen and put two lines on the dampener’s elements. Start the engine and put loads on the drive belt system. Try turning on the A/C compressor or turn the power steering lock to lock. If the marks do not line up, recommend replacement.