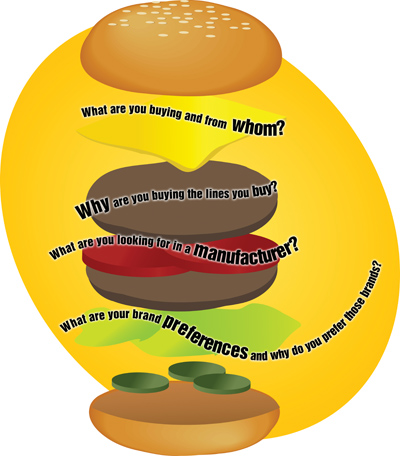 I went years without eating lunch, decades actually. I wasn’t a breakfast-eater either: a cup of coffee and something… a bear claw, a bagel; every once in a while, maybe even a custard doughnut.

I became a breakfast-eater just about the day after I started in this business. It wasn’t because I woke up hungry the morning after I entered the service industry; it wasn’t because I had a craving for cholesterol and runny eggs. My professional career started when my father re-entered the repair community after a two-year hiatus and I joined him. You see, he was a breakfast-eater.

In 1966, we opened a fairly large, 24-hour service station on the Santa Monica Freeway and Cloverfield Boulevard in Santa Monica and first shift began when the graveyard shift ended, at 7 or 7:30 a.m.

My dad and I opened, which meant we had to be there. For the first few years it meant that sometimes we never left! When we did leave, we’d get together to have breakfast at a local coffee shop at least an hour before arriving at the shop the next morning. We used that time to talk about life, to plan the day or to just sit quietly for a few moments. It gave us time to think and the illusion of control.

The continual rush of cars on the pump island and the constant pressure of the clock in the service bays made stopping for lunch the things that dreams are made of — a fantasy. And, leaving the shop for any reason, least of all to eat, ceased to be a reality.

Over the years I’ve realized just how hazardous to both your physical and mental health that can be. Consequently, I’ve made the effort to stop during the day, if not to leave for lunch, then to at least stop long enough allow my blood pressure to drop the 20 or 30 points it would take to bring it back to normal!

Today, I went to lunch with a supplier. In all honesty, it’s not something I normally do. But, since he made the effort to extend the invitation I decided it would be a great excuse to get out of Dodge for an hour or so. Besides, I was really curious to see why taking me to lunch after all these years had suddenly become so important.

It turns out that information was on the menu. Questions like, What are you buying and from whom? Why are you buying the lines you buy? What are you looking for in a manufacturer? In a supplier? Who is your first call and why? What are your brand preferences and why do you prefer those brands? What’s important to you and why? Are you aware of all the different products and services we have to offer you? And, finally: What can we do to expand our relationship?

They say there is no such thing as a free lunch. After today, I’m almost convinced.

Today’s lunch was anything but free. But, while its cost will be calculated in dollars, the dividends and return on investment it is likely to produce will be measured in information.

Either way, sharing the time and the information was a price I was more than willing to pay. I believe asking those questions will make my host a better supplier, and I know answering them will make me a better, more thoughtful client.

I like the idea so much I don’t think I’ll have any reservations about making reservations for lunch if another supplier asks. In fact, I liked the menu choices so much I think I’ll put a few of my own questions on the bill of fare.