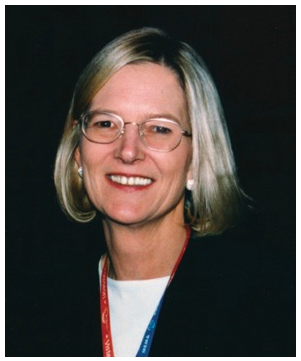 Babcox Media is saddened to announce the passing of Mary Rebecca “Becky” Babcox, a longtime automotive aftermarket industry veteran. Becky died peacefully on Oct. 15, 2012, in Akron, Ohio, after a long battle with Multiple System Atrophy (MSA). She was 60 years old.

For many years, Becky was co-owner of Babcox Media, along with her brother, Bill Babcox. Together, they were the third generation of the Babcox family to run the company founded by their grandfather, Edward S. Babcox, in 1920. Becky retired from the company in 2006, after nearly 30 years in the business. She was named “Woman of the Year” by the Car Care Council Women’s Board that same year.

Becky was well-known and respected for her contributions to the industry and made many friends among aftermarket professionals during her years of service. With her warm and friendly nature, Becky couldn’t walk down the aisles at trade shows without receiving abundant hellos from admiring industry peers. All those who knew her would say her generosity was unmatched. She lived life with a positive attitude and even in the end stages of life never relinquished her characteristic grace and humility.

In addition to her significant career accomplishments, Becky served her beloved Akron, Ohio, community by giving time and energy to Goodwill Industries, Planned Parenthood, Junior League of Akron, The Akron Garden Club, Old Trail School, and many others.

Becky was a graduate of Emory University and received her MBA from The Ohio State University. She is survived by her son, Rob.

A memorial service will be held at First Congregational Church, 292 E. Market St., in Akron, Ohio, on Friday, Oct. 19, 2012, at 1 p.m., with a reception immediately to follow at the church. In lieu of flowers, memorial contributions may be made to Goodwill Industries of Akron, Ohio, Inc., 570 E. Waterloo Rd., Akron, Ohio 44319, or to the charity of your choice.