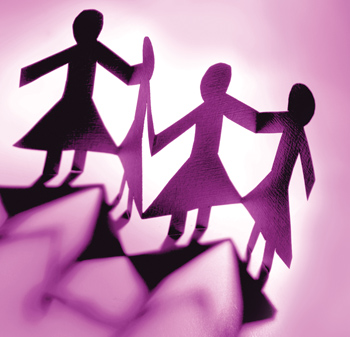 Bob was a regular customer, a real charitable kind of guy. He did a lot of work for “Meals on Wheels,” churches and several other organizations. He was a real caring kind of guy, but when it came to cars…he knew nothing, nothing at all.

One day he came into the shop with his early ’80s Porsche with a weird starting problem. It would start great if you didn’t shut it down for very long. But, if you left it off for more than an hour or so, it would crank and crank before it came back to life again. Bob, being his usual cheerful self, waited in the lobby while I took a look at his car.

That particular day my two daughters (Katie and Mandy) were on summer break from school, and were hanging out in the lobby while I worked in the shop. My wife was running the office at the time; it was a little family day for all of us. Old Dad was tooling away in the shop, the girls were cutting out paper dolls, and Mom was keeping track of us all.

Bob was quite happy to help the girls cut out the paper dolls and draw faces on them. He seemed to enjoy the girls and there’s no doubt the girls enjoyed the attention. I, on the other hand, was trying to figure out what was going on with his old Porsche. I spent a lot of time on this one, as it wasn’t making any sense that it would run so well, but be so hard to restart. I checked several things that I thought might cause the problem, but still didn’t have any answers. That was until I checked the fuel pressure. 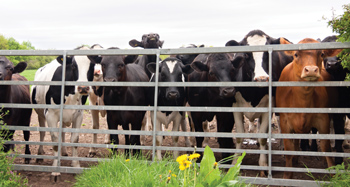 On this older Porsche, there wasn’t a Schrader valve to screw a pressure gauge into. I had to remove a fuel line and install a pressure gauge “in-line” to read the actual fuel pressure. The fuel pressure was spot on, while it was running. But, when I shut the car off, the fuel pressure would slowly come down to its “rest” pressure and hold. I left the gauge installed, and went to work on other jobs in the shop, coming back to it only every now and then to see if it was dropping or not.

About 30 minutes later, the fuel pressure was down to nearly zero. I reached in and turned the key. Strangely enough, the fuel pressure didn’t bounce back up as quickly as I thought it should, but after a couple of cranks, the pressure was back up to normal and the car started fine. I knew I was going to need a lot more time to do further testing, so I ran up front to see how much time Bob had today.

To my surprise, there was Bob sitting in one of the lobby chairs, paper dolls pinned to him from head to toe, and the two girls were not only drawing faces on the dolls, but also all over Bob. There were all kinds of scribbled notes up and down both arms. He was having the time of his life…laughing, giggling, with a smile from ear to ear. My wife had leaned over the counter about then and informed me that the ink ­tattoos were a mutual idea between Bob and the girls. Hey, they were having fun, and Bob was content to sit out the rest of the day with the girls, so I was free to test the car all I wanted.

After several hours of trying different things to the car: clamping off the return line, letting it sit longer, checking the injectors for leaks, etc., I finally nailed down the cause of the problem. Another shop had just changed the fuel pump, and the new one didn’t have the check valve on the end of it. I rushed into the office to tell Bob. He was still smiling, and not nearly as covered with paper dolls. Now they were drawing and telling stories. I had to interrupt their fun to let Bob know what I found. Being the ever-so-courteous individual he was, he didn’t want to tell me he had the car out of town last week when it broke down, and had to have the new fuel pump put in.

I told him I’d take care of the problem, and that he could get back to his playtime with the girls. After I exchanged the fuel pump, with one that had the check valve, it started every time, any time. Now the next thing to do was to explain it to Bob.

“What does a check valve do?” he asked.

I tried to explain it, but Bob wasn’t grasping the concept. That’s when one of my girls mentioned to him, “It’s like a one-way gate, Bob” (Smart kid!).  With that reference, I had a way to explain it to him.

“Bob, let’s say you have two corrals, one full of cows and one without any cows. You want to move the cows to the other corral so you have to open the gate. When you move the cows to the empty corral they can push the gate back open by themselves. But if you put them in the opposite corral, they can only push against the gate because it won’t open from that direction. It’s the same thing your car does with gasoline in the fuel line,” I told my paper-doll-covered friend.

“Hey, I understand that — it makes sense now —  so it’s all because of cows that I’m able to start my car. Wow, I never knew that,”exclaimed Bob.

You know, he’s such a nice guy, and the girls loved having him in the shop so much that I didn’t have the heart to tell him anything different. With cows, paper dolls and his arms covered in little girl scribbles, there was already enough going on that anything more technical wasn’t going to help a bit, so I just let it be.

So, if cows and a corral gate were a good enough explanation for him, it was good enough for me.

To this day, if I pass a farm and I see a herd of cattle lined up at a corral gate I think of him — standing there in the lobby, tattooed in ink scribbles and paper dolls pinned all over him. I know Katie and Mandy will never forget him either. He’s one of a kind.

Quite a moo-ving guy.