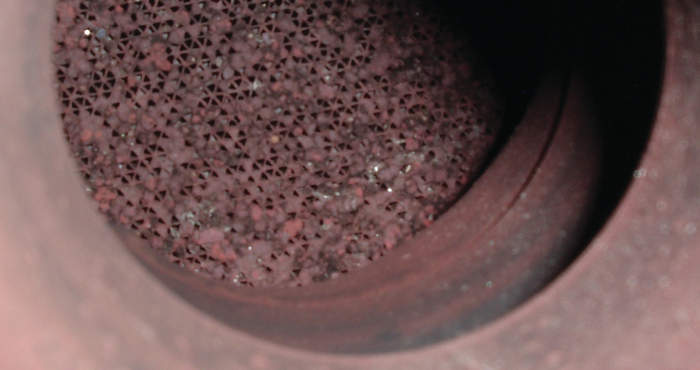 Although construction can vary according to engine application, the common three-way catalytic converter contains a reduction and oxidation stage. To create maximum surface area, each stage is generally a ­ceramic or stainless steel honeycomb substrate covered with a rough silica and alumina wash coat. Both stages of the converter are coated with precious metal catalysts that accelerate chemical reactions without themselves being consumed.

The reduction catalyst generally includes platinum, rhodium and cerium. Cerium stores excess oxygen during periods of “lean” operation that can later be used to oxidize HC and CO during periods of “rich” operation. The oxidation catalyst is generally coated with platinum and palladium. Throughout these ­simultaneous chemical processes, the catalysts — platinum, rhodium, palladium and cerium — remain ­unchanged.

All passenger car and light truck OBD II emissions systems built since 1996 test the efficiency of the catalytic converter by running a catalyst test or “monitor.” The catalyst monitor is a non-continuous monitor, which means the monitor runs only once during any single warm-up cycle.

The “cat” monitor must meet a set of application-specific driving conditions called “enabling criteria” before it can run. The enabling criteria for a Honda product might include DTCs P0137, P0138 and P0141 not being set, cold engine start-up completed and running in closed loop with vehicle speed at 40-55 mph for two minutes, followed by a deceleration period to 35 mph at closed throttle.

Most professional scan tools indicate when the cat monitor is ready. When the cat monitor begins, the PCM performs a mathematical analysis of the difference between the upstream and downstream oxygen sensor inputs to determine converter efficiency. The formula is also designed to filter “false” data. When efficiency falls below a predetermined threshold, a P0420 is stored in the PCM’s diagnostic memory and the malfunction indicator light (MIL) is turned on.

Catalytic converters can fail due to physical damage, normal degradation, contamination, overheating, ­internal disintegration and restriction in the substrate. Physical damage should be an obvious reason for a DTC P0420/0430 being stored in the diagnostic memory. Normal degradation or wear, on the other hand, varies widely among different nameplates and applications. Modern OE converters covered under an EPA warranty are built to last at least eight years or 80,000 miles, whichever occurs first. This warranty has been extended to 10 years and 100,000 miles in some states like California.

Before replacing a converter that stores a P0420/0430 DTC, always check TSBs to see if downloading new threshold calibrations into the PCM will cure the problem instead. After replacing a converter, be sure to follow federal and state regulations regarding documentation, storage and disposal of the old unit.

Although lead, ­sulfur, silicon, zinc and phosphorous contamination hasten the degradation process, very little of these materials exist in modern automotive environments. Thermal or overheating damage occurs when a cylinder misfire causes excessive amounts of ­unburned oxygen and gasoline to enter the converter. In general, the catalyst begins to function at 550° F and will begin to lose efficiency at 1,800° F. Temperatures approaching 2,500° F will melt the substrate. While many newer vehicles will disable the fuel ­injector on a misfiring cylinder to prevent overheating of the catalyst, others may not.

In these cases, it pays to replace spark plugs, wires, coils and other ignition parts as a preventive measure if the catalyst substrate appears to have melted or if the PCM’s diagnostic memory contains any current P0300-series misfire codes or has misfires recorded in the misfire history.

While other testing methods are effective, the most definitive test for exhaust backpressure is to place an adaptor in the upstream oxygen sensor port and ­attach a low-pressure gauge of at least 15 psi capacity. At idle, the pressure should be less than 1 psi. During a snap-throttle test, the pressure generally shouldn’t exceed 4 psi. While the P0420/0430 DTCs can occasionally be tough to diagnose, you’ll find yourself with fewer comebacks and greater profitability if you remember the basics of catalytic converter diagnostics. 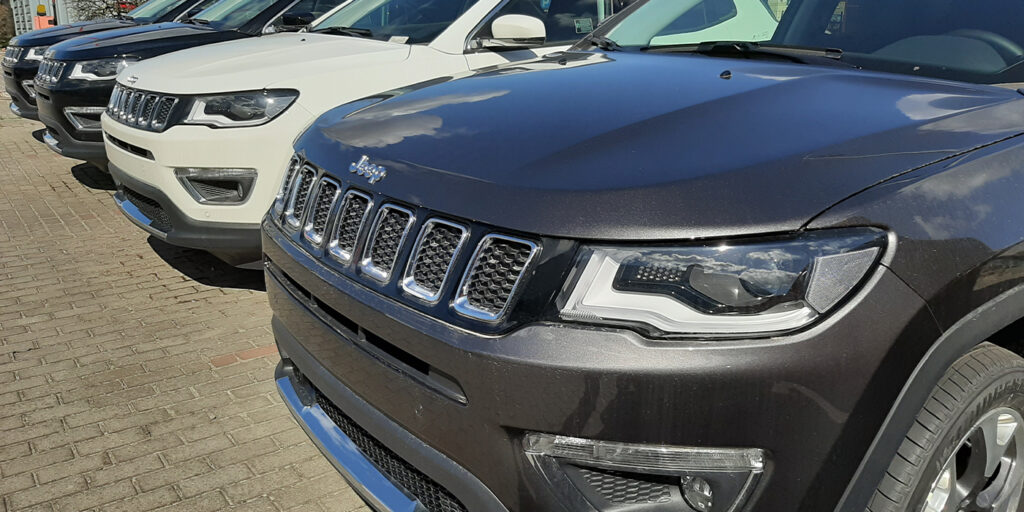 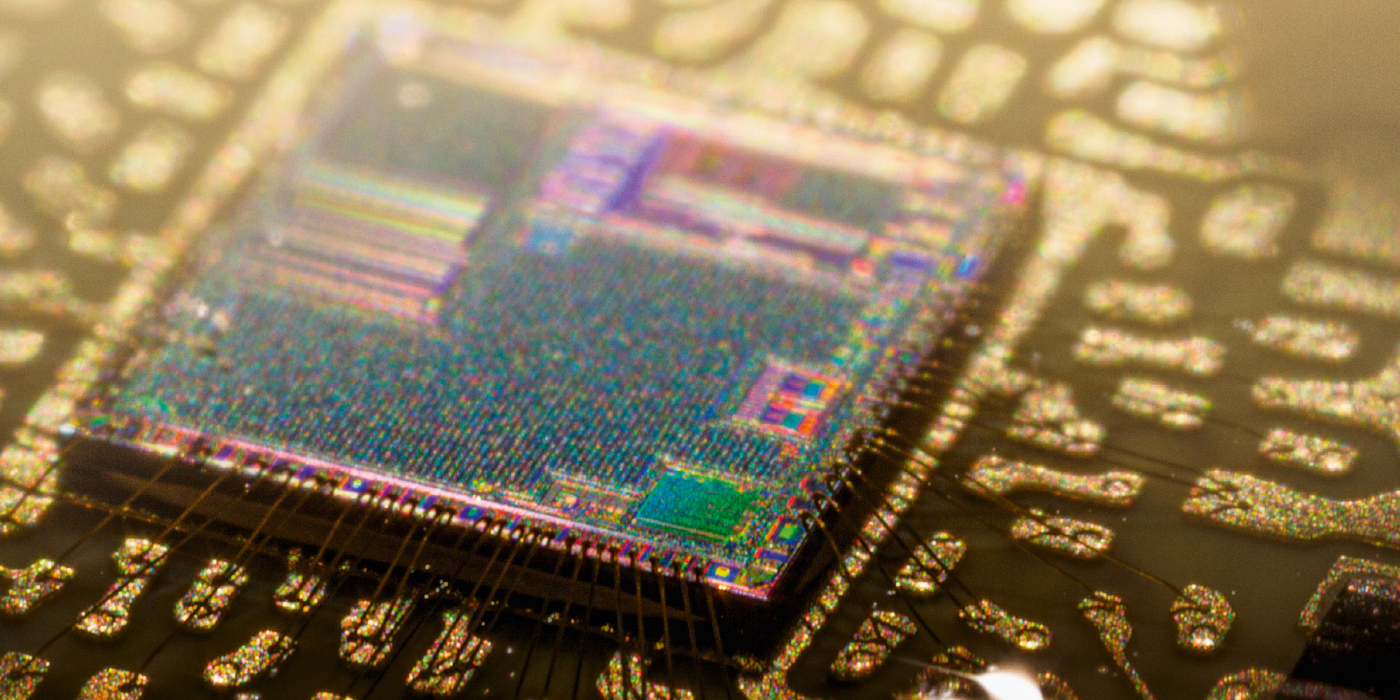