First Quality Import in Wilmington, NC, was forced to contact a local TV station for help when a company they hired to help promote their business failed to deliver 1,200 glasses to a local restaurant. The repair shop had paid $1,300 to have their advertisement printed on the glasses. The advertising company has promised to provide a refund.

Below is the article as it appeared on the WWAY-TV Channel 3 website. 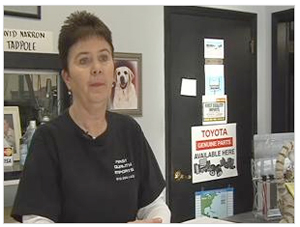 WILMINGTON, NC (WWAY) — Companies depend on advertising to drive in customers.

One New Hanover County auto repair shop bought advertising from a local company only to have things stall out. Now it’s out the cash and has no ads to show for it.

Bonnie Narron thought it was an advertising goldmine.

Southeast ad pints sells advertising on pint glasses and then distributes those glasses to various restaurants. Narron spent $1,300 to put the name of her company, First Quality Import, on 1,200 glasses destined for Sweet & Savory Café.

But Nov. 10 came and went, and no glasses were in the restaurant.

"Anything from breakage, having problems with them breaking, they were having to redo them, trucking, he was sick, oh my gosh, said his granddaughter was in intensive care in Chapel Hill. I don’t even know if he has a granddaughter," Narron said.

To read the entire article on the WWAY-TV Channel 3 website, visit http://www.wwaytv3.com/2011/03/09/troubleshooters-ad-glasses-come-empty.