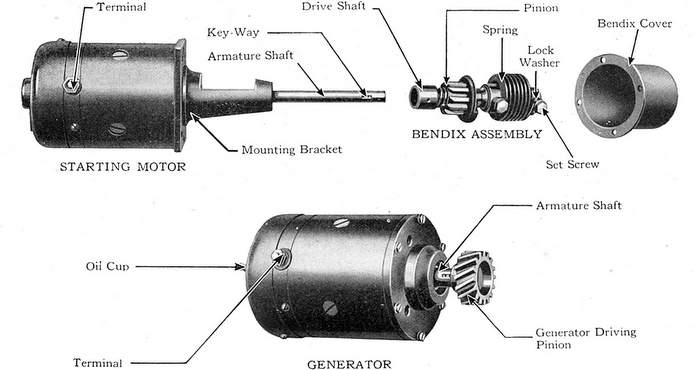 Every now and then you will run into an old-timer who uses the term “Bendix” in reference to the starter. You may think brakes when you hear this term, but there is some interesting history behind “Bendix” being used to describe a starter.

By 1910, Vincent Hugo Bendix was almost bankrupt after the failure of his automobile company. As a result, he went back to selling Cadillacs at a dealer in Chicago, which ended up being the first year the electric starter was an option on Cadillacs. The system designed by Charles Kettering was very complex and expensive, involving solenoids, levers and springs that engaged the starter motor. 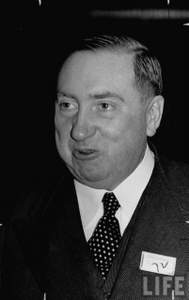 Bendix had a better idea that was simple and less expensive. At the heart of Bendix’s starter was the triple-threaded shaft. The pinion gear rides in three curved grooves, and when the motor spins, the inertia forces the pinion gears down the shaft’s groove to engage the flywheel. As the engine starts, the extra speed causes the pinion gear to be pulled off the flywheel by a set of springs.

In 1911, most machining was done by hand on a lathe. This method did not produce triple-threaded shafts that worked. Bendix took two years to find a manufacturer that could make an automated machine to cut the three grooves at the same time within tolerances.

A Bendix-style starter has not been used in modern vehicles for some time now because it can damage flywheels and pinion gears. This is because the starter is spun up and then engages the flywheel. Modern systems engage the pinion and then energize the starter motor.

Bendix used the money from the starter to buy patents from a French inventor for a brake shoe and drum design. With these, he started Bendix Brake Company and perfected a system for brakes at all four wheels at a time when most cars just had brakes on the rear axle.

Origins of the ‘Bendix’ starter