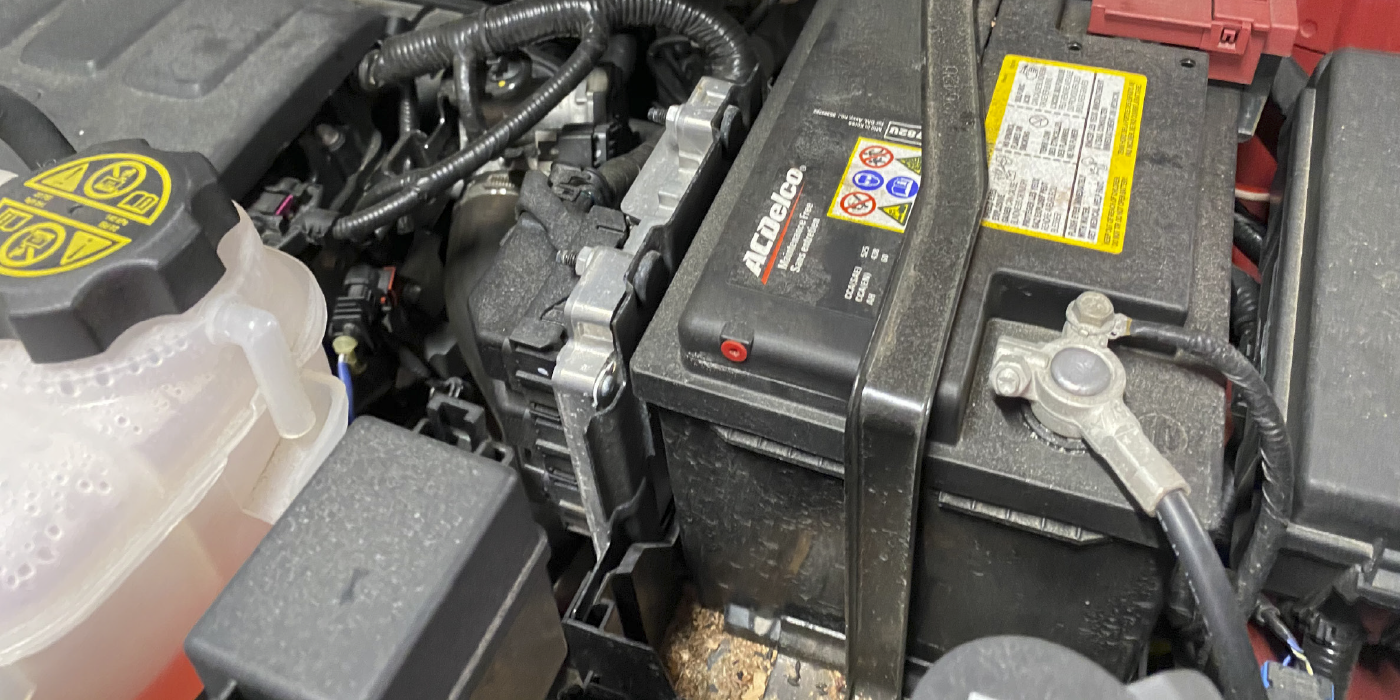 If you read the “operation and theory” or “introduction” sections of the service information on “battery or starting and charging,” you realize there is a lot more than just the alternator, battery and starter. The previous generations of technicians could get away with swapping one of the three major components on a hunch to cure a no-charging or no-cranking condition. But, with many late-model vehicles, your suspicion could get you into trouble.

Many late-model vehicles do not behave like older vehicles when it comes to the charge light, system voltages and circuit design. Twenty years ago, the 12-volt battery was called a “cranking” or “starting” battery. Its function was to provide power when the key was off and turn the starter.

On old systems, the battery would crank the engine and then recharge when the alternator was turning. In the 1980s, some manufacturers started using the throttle position sensor to the field coils. Soon, they were controlling the alternator so the headlights would not flicker.

The most significant change is the architecture of the charging and power circuit. Before, the main connection for power distribution was at the back of the alternator or starter for power. A wire came off the back of the alternator into a fuse or power distribution box filled with relays and fuses. Going into the box were control wires for the relays from the modules and switches.

New systems use a different architecture where the control of the power through the relays is done with a module under the hood. On some vehicles, the module controls the output of the alternator and the loads on the vehicle.

The power was routed through a module that controls the alternators and distributes power in the vehicle. In addition, vehicles received more sensors on the battery cables to measure current, internal resistance and temperature. The module’s operating strategy is to provide power-on-demand from the battery and turn off the alternator.

If a vehicle can control these loads and the alternator output, it can do some amazing things. A power management module can prevent the headlights from flickering, inconsistent idle and even a dead battery. For automakers, it can create an opportunity to reduce emissions by managing loads on the engine, but by using the battery instead.

It was once an accepted fact that the running system voltage with the field coils energized was between 13.1- and 14.5-volts (depending on engine speed and other conditions). But, on some late-model vehicles, the voltage can have a normal range from 11.5- to 15.5-volts. It is constantly controlling the voltage and current coming from the alternator. Some scan tools can read the commanded output data PID for the alternator. If your scan tool can graph the commanded output and system voltage, it can give you new diagnostic insights if the power management system is working.

Most modern systems will measure the internal resistance of the battery, which changes the capacity of the battery and how it charges. The vehicle does this by measuring the voltage drop across the terminals with the positive and negative terminals.

Temperature changes how the battery discharges and the amount of current that can be delivered. Some systems have a battery sensor that is put in the battery, in the battery cable or the system to estimate under-the-hood temperatures.

Some vehicles will also measure the current passing through the positive battery cable with a current coil wrapped around the cable. By measuring current, it is possible to monitor the power going in and out of the battery.

The sensors can be connected to a module that communicates with the engine control module. Some systems will also look at system voltage during cranking. If the voltage drops below a specific level for an amount of time, it could set a code and the battery light on the dash could be illuminated.

By knowing the condition of the battery, it is possible to make a smart decision like using the stop/start system or running an auxiliary water pump to cool the turbocharger when the engine is turned off. The system can also alert the driver that the battery need to be replaced long before it leaves them stranded.

Battery management systems can also give you information if the battery needs replacement. Very few systems will give you a data PID or percentage of battery life. But, they will have manufacturer-specific codes that can indicate a failing battery.

The other thing to remember is any power management system is driven by software. This software needs updates as engineers correct bugs in the software. Plus, the system needs to be calibrated to the battery.

Some vehicles will require a reset procedure that involves telling the system a new battery has been installed. Some BMW vehicles require you input a code that indicates the amp hours of the new battery. Some vehicles from Ford require a few drive cycles to complete a battery monitor.

While the state-of-charge test can tell you a lot about a fully charged battery, you also need to measure how low the voltages go while the engine is cranking. This can be performed with a meter’s “min-max” function. If you have a scope, you can graph the voltage drop, looking at not only how far the voltage dropped, but also the length of time.

On some diagnostic conundrums, you will need a healthy battery to carry out certain diagnostic tests. If the battery is failing, you could have inconclusive results if you are trying to bi-directionally control a component line, like a transmission solenoid or even an EVAP valve.

So, before you start wasting valuable diagnostic time, always evaluate the condition of the battery first.

If the battery is underperforming, get the customer to authorize a replacement, so you can resolve many problems before you haul out the diagnostic big guns.

How Battery Service Continues To Change

Testing A/C Or Heater Blower Motor Circuits
Connect with us