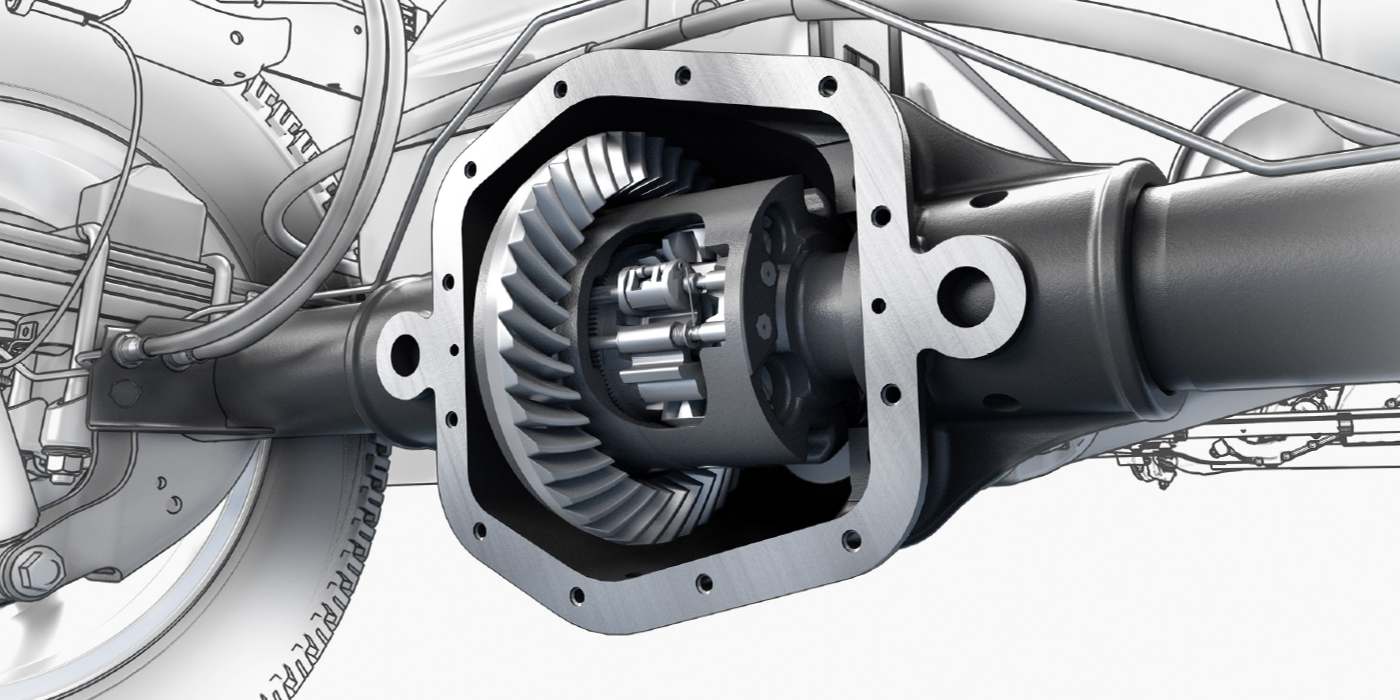 A differential allows the two connected wheels to spin at different rates.

If you have ever driven a car or truck with a fully locked differential around a tight corner or tried to get a car with an open differential out of a snowbank, you know about the benefits of a limited-slip differential.

The most common style of limited-slip differential uses clutch packs on both sides of the carrier to limit the movement of the spider gears. If a wheel starts to spin and increase torque-induced tangential forces, a ramp or cone applies pressure to the clutch pack to lock the carrier and axle.

A Torsen differential is a geared differential that uses four to six or more worm gears attached to spur gears. As torque is applied to the gears, they are pushed against the walls of the differential housing, creating friction. The friction resists the relative movement of the axle shafts. This locks or distributes the torque to the wheels on an axle. These can be found on performance cars and off-road trucks.

Some automakers are using the ABS system to control the differences in speed of the wheels on an axle. This can make an open differential act like a limited-slip differential under certain conditions. By pulsing or locking the brakes on one corner, it can send power to the opposite side of the differential. This works well at low speeds. With this system, the brakes can be used to free a wheel from a slippery ditch or eliminate torque steer.

Some SUVs and performance all-wheel-drive cars and trucks are utilizing what looks like a locked differential, but the system has clutch packs on the sides of the differential. The clutch packs can lock or completely disconnect a driveshaft. It can even do the “holy grail” of differentials, torque vectoring.

Torque-vectoring differentials can work together with the stability control system and PCM to maximize traction during acceleration. It can be used during off-road and on-road situations at a wide range of speeds. The main inputs are the steering-position sensor and yaw sensor. The differential control module makes corrections by determining where the driver wants to go and where the vehicle is going to make a correction.

This rear differential can control the power to the rear wheels. These differentials can act like a locking, limited-slip or open differential with only a change of the electronically controlled clutches.

Torque-vectoring differentials have another advantage – they can disconnect a drive axle better than any locking hub. Decoupling an axle with clutch packs reduces rotating mass in the driveline and increases fuel mileage. The system then will decouple the center differential. On some vehicles, the driveshaft can be uncoupled from both the transmission and rear/front differential. This decoupling of the driveline can reduce rotating mass and load on the engine. This is all performed in milliseconds, and the driver does not feel even the slightest vibration.

How Battery Service Continues To Change
Connect with us