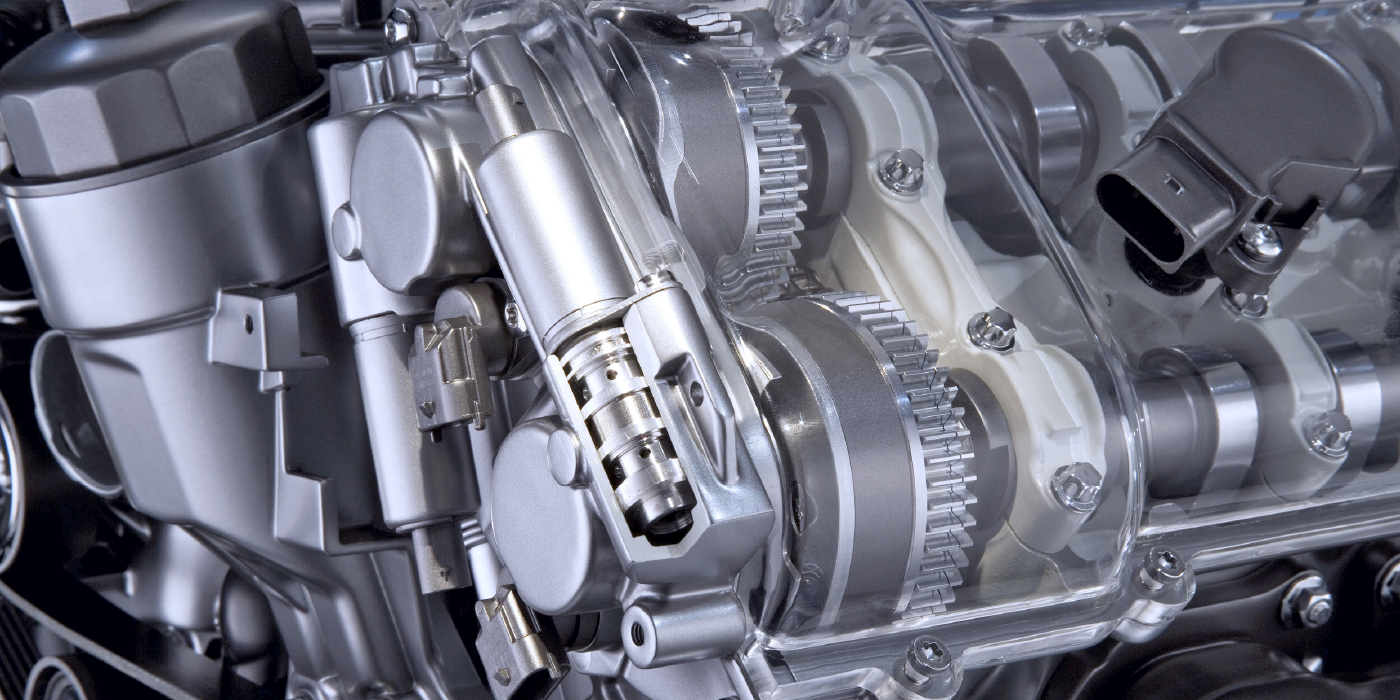 Things have changed with the introduction of multi-weight oils and changes in the design of the oil pump.

Things have changed with the introduction of multi-weight oils and changes in the design of the oil pump.

If you look at the oil pressure specifications for a modern engine you might see a range of 30-50 PSI for a given RPM range and oil temperature. Such a wide range is necessary because the oil is used for components like variable valve timing and piston cooling jets. Also, modern oil systems can be managed by the engine control module to manage the load on the engine for emissions and efficiency.

During a cold start, the engine wants to get the oil up to operating temperatures quickly. This is done not only to reduce the power required to turn the oil pump, but the oil is used to control the temperatures inside the combustion chamber.

When it comes to improving fuel efficiency, 3% to 5% are huge numbers. Achieving those fuel efficiency numbers while also increasing the power to the wheels is the holy grail of vehicle engineering, and new variable displacement oil pumps are able to deliver this boost in efficiency.

Older fixed-displacement oil pumps worked the same regardless of the oil viscosity or demands of the engine. Engineers would oversize the pumps to handle the harshest engine operating conditions. They operate at peak performance, and it’s up to the pressure regulator to bleed off the excess pressure. This excess pressure that is bled off is wasted energy.

Variable displacement oil pumps control how hard the pump works by matching the pressure and volume to the conditions. These conditions can include engine temperature, loads and engine speeds.

Another advantage to controlling the oil pressure and volume is heat management. By regulating the flow of the oil, heat transfer can be optimized in the head and in the pistons. On turbocharged motors, oil flow control can reduce the formation of carbon deposits.

Oil pressure sensors on most variable displacement oil pump systems are positioned in the oil galley between the main bearings and the head. Pressure sensors measure the overall pressure in the system, not just the pressure produced by the pump. If there are any problems like restrictions or internal leaks, the sensors will show incorrect readings, so solve these problems before replacing the pump.

Modern vehicles know their oil, or at least the oil specified by the manufacturer. Vehicles know what the viscosity and flow characteristics should be because that information has been programmed into the ECM. They also know that someone installed 10W-30 when it really needs 5W-20 because it affects how the pump performs.

The wrong oil can set off codes because the ECM knows what the oil pressure should be for a given engine speed and coolant temperature. If the numbers do not match, it will set a code and put the engine into a reduced power mode.

Almost every variable displacement oil pump application is mounted on the crankshaft. This placement eliminates the need for an intermediary shaft that can fail.

Variable displacement pumps are “gerotor” designs. Gerotor pumps have trochoidal gears that allow for smooth operation, low noise and excellent suction. The centrically seated drive gear drives an external eccentrically seated annular gear. The result of all of this is cavities inside the pump that compress and enlarge to create the suction and feed effect.

The inner rotor sits on the crankshaft and drives the outer rotor. Since the inner and outer rotors have different rotating axes, more space is created on the suction side due to the rotating motion. The oil is drawn in and transported to the pressure side. On the pressure side, the space between the gears’ teeth becomes smaller again, and oil is forced into the oil circuit under pressure.

A variable displacement oil pump changes the rotating axis of the outer gear. To achieve this, the gears of the inner rotor are replaced with variable-length vanes. The outer gear pivots on an axis; opposite the pivot is an electronic actuator. On mechanical versions, a spring replaces the actuator and the opposite side of the housing has oil or a piston that pushes against the spring to regulate pressure.

Some variable displacement oil pumps use an electric solenoid to change the axis and eccentricity of the pump housing, and position is determined by the ECM. Changing the geometry of the housing changes the amount of pressure and volume of the pump. Most actuators use a pulse-width modulated signal to control the position of the actuator, and some scan tools can display the PID for the actuator position.

The ECM looks at data including engine coolant temperature, engine load, calculated oil temperature and other monitors to determine the position of the oil pump actuator and oil pressure. If the system detects an overheating condition or a problem with one or more of the inputs, it may put the system into a reduced power mode to prevent damage.

Years ago, diagnosing a low or high oil pressure problem was simple — it was either worn components or the pressure regulator was damaged. With variable displacement oil pumps, the game has changed. You must look outside of the oil pan at the entire system to determine the problem and solution.

Update On Oil Pumps And Pans

GF-6 Oil Specs Are Here
Connect with us