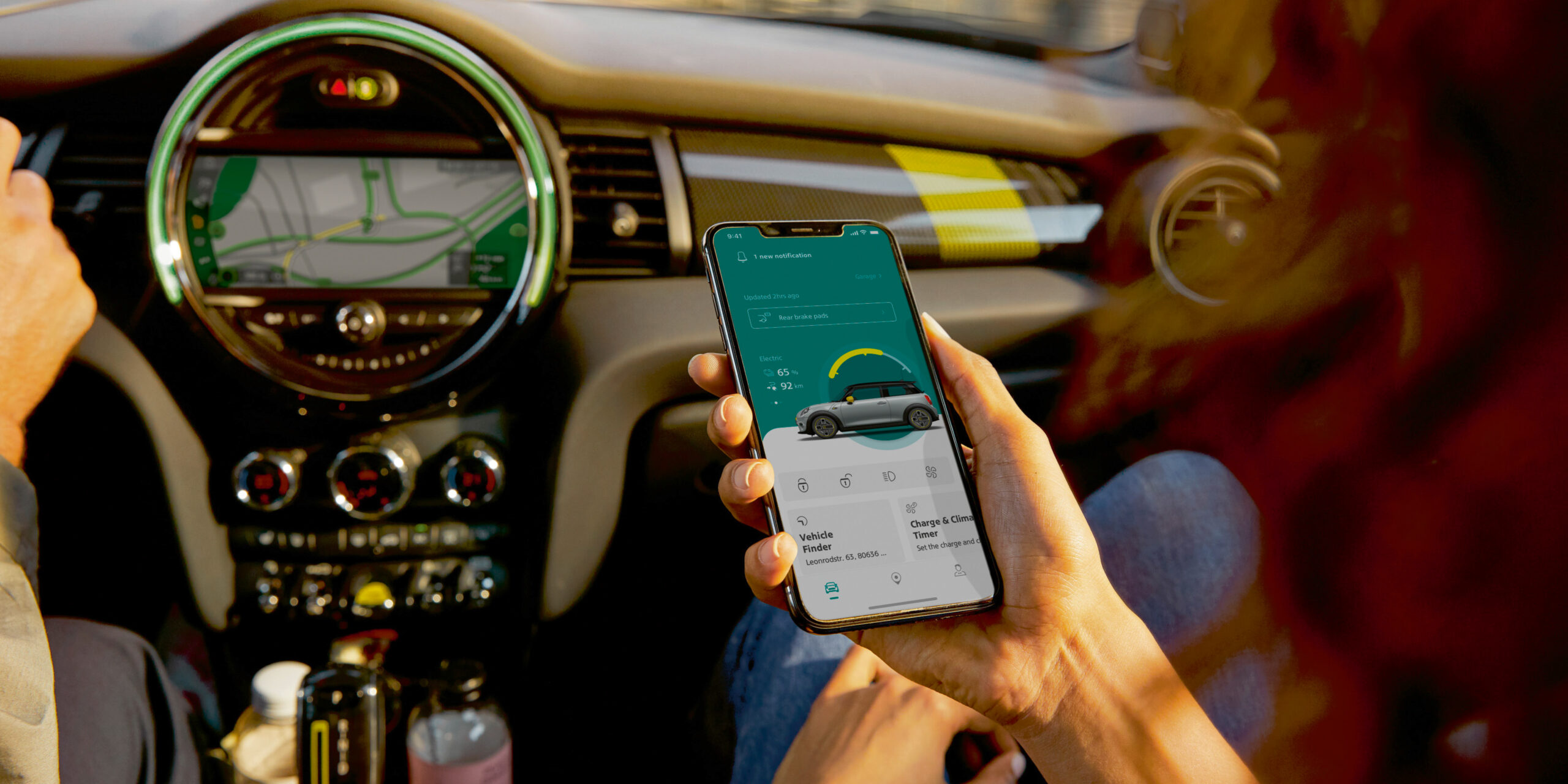 Today’s modern vehicles are smart! Automobiles today have the ability to prevent front and rear end collisions; they help drivers accelerate and stop safely on wet and icy road conditions; and they deploy a multitude of air bags to keep one safe in the event of an unforeseen accident. They can also park themselves, detect if you have drifted out of your lane and even warn you if driver fatigue is detected.

I can go on and on about all the new technology that makes cars so smart, but an often overlooked smart system is the vehicle’s climate control. Most vehicles today can let you set the climate controls to automatic. You set your temperature and the system controls and regulates the airflow to maintain that temperature. But unlike your home that typically uses only a single thermostat to control the temperature, cars have numerous components that it uses to keep drivers comfortable.

The first vehicle to offer heat inside the cabin as an option installed from the factory was the 1929 Ford Model A. These new car heaters sent hot air from the engine into the interior space of the car, but the system had some cons, primarily in the delay in its warming up.

It was not until the 1939 Packard that a primitive form of air conditioning was offered as a factory-installed option. The “Weather Conditioner” was a $279 option that required the Packard One-Eighty to visit a second factory for installation, since the unit connected to the engine and took up half the trunk space. Packard pitched it not just for comfort but privacy, since riders could finally arrive without having the windows down.

The option did not sell well (there was no way to moderate the air from the unit) and Packard dropped it after 1942. These rear-trunk A/Cs required the user to manually install or remove the drive belt from the A/C compressor to turn the system on or off.

Finally, in 1964, Cadillac released Comfort Control, the world’s first fully automatic climate control system. This system was a pure analog system which used three thermistors (thermal resistors) – one for outside temperature, one for inside, and one for duct temperature. That system may have been simpler than today’s vehicles, but it was an industry first and revolutionary for its time.

The first automatic temp systems offered only a one-zone climate control. These systems were controlled with one knob, and it was driver’s choice. For passengers, this could be an issue. Drivers who run hot? Well, the passenger might need to bring a set of mittens and a warmer jacket, even when it is 90 degrees outside. On the flip side, you might not get cool enough.

Advanced technologies for controlling car climate introduced “zoned” climate control, allowing occupants to set their desired temperature to affect only their seats. Each area in the specific zones has a separate sensor that detects the current temperature of only that area. This system comes along with a computer that controls the air system within the zone by controlling the fan speed, air temperature and airflow distribution.

Of course, this led to further development with larger vehicles, such as minivans and SUVs. A third zone with its own temperature control was added to these vehicles. In this instance, there are still two zones in the front of the car that are divided to the left and right, but the third zone is in the rear seating area. Back seat occupants will have their own air vents – lots and lots of extra vents. For example, the Lexus LX570 has 28 of them, as well as a temperature setting to play with (of course, who gets control of that is always up for debate).

Some luxury cars offer state-of-the-art 4-zone air conditioning. This includes an additional rear cabin air-conditioning unit with controls at the front and rear for fan speed and temperature. In some cars such as the Bentley Mulsanne, you can control the rear air conditioner by folding down the rear center-armrest console.

Furthermore, some manufacturers now provide an air-conditioned or cooled glovebox as a convenience option. The cooled glovebox uses the cool air generated by the car’s air conditioner to cool water bottles and beverage cans put in it.

Drivers of plug-in hybrid or electric cars are likely aware of the cabin pre-heating process. This is also available as an option on some luxury cars and allows owners to warm or cool the cabin of the car before they climb on board. Recent trends are allowing owners of their vehicles to set this temperature from their phones with a provided app from the vehicle manufacturer.

As well as setting a temperature for the car’s cabin, pre-heating lets an owner set a time for when the cabin needs to be warmed up. It is an added luxury on conventional cars, but on EVs and plug-in hybrids, it is an essential way of saving battery charge for driving. It means the cabin is warmed or cooled and ready to go when using power from the mains, thus maximizing the number of miles that the vehicle can travel on a full charge.

More technologies to keep drivers comfortable while driving are on the forefront. Swiss manufacturer Senserion has developed technology that incorporates climate control into heated and cooled seats. Automatic climate control in vehicle seats continuously measures the humidity and temperature on the seat surface and backrest, thereby automatically controlling seat heating and ventilation. Multiple sensors integrated in the vehicle seat supply the data required for the automatic control function, ensuring that individualized climate control remains within a predefined comfort range. Manually switching the system on or off or even readjusting it becomes unnecessary – integrated humidity and temperature sensors take care of this.

There is also a Fine Dust Indicator that measures the inside air in real-time to provide the driver information on managing their air quality. The indicator displays the concentration of ultrafine particles inside the vehicle using integer numbers and color codes. The codes include blue for 0 to 15 µg/m3, green for 16 to 35 µg/m3, orange for 36 to 75 µg/m3, and red for 76 µg/m3 or higher.

If the levels get above 36 when the function is active, the air-cleaning mode will run to purify the air in the vehicle. The system activates the climate control system and sets the air volume between three and eight in re-circulation mode and activates the A/C system to reduce indoor humidity. It’s unclear when any of these technologies might show up on production vehicles.

IAV Automotive Engineering Inc., a global engineering services company, has developed an AI-infused climate control system that learns the temperature preferences of vehicle occupants and tailors’ conditions for maximum interior comfort. IAV showcased the feature this year at CES, along with a complementary next-generation voice-control system called Smart Speech, which can recognize individual passengers based on voices and tailor cabin preferences to them.

The broad goals: Infuse intuitive smarts into the vehicle and minimize the number of physical interactions an occupant needs to have with the car. Eventually, the profiles created and stored by these systems will hold the capability to follow occupants from one vehicle to another. That will be ideal for ride-hailing services, where preset climate and music preferences can await riders before they clamber aboard.

And let us not forget about “Dog-Mode.” Dog Mode is a climate-control feature that leaves the car’s air conditioning or heater on when owners leave their pets in their Teslas. It is accessed through the climate-control settings. You simply select the fan icon at the bottom of the 15-inch screen and select “Dog” on the far right under the “Keep Climate On” settings. Then, when you exit your Tesla, a message is displayed that reads: “My owner will be back soon. Don’t worry! The heater [or A/C] is on and it’s XX degrees.” The temperature stays where you set it for as long as you are away from the car, which is one of the benefits of having a giant battery pack onboard.

If the owner is gone for long periods of time and the Model 3’s battery goes below 20 percent, a push notification goes to the owner’s phone to prompt them to get back to their pet.

From the days of heating a vehicle’s interior with exhaust gases to using an evaporator cooler (AKA, Swamp cooler) mounted on the passenger window to cool the interior, climate control systems have evolved into sophisticated systems.

Maintaining the temperatures in the vehicle to keep all passengers comfortable is a high priority for vehicle manufacturers and the future of these systems will continue to get more sophisticated and, of course, require ever-changing training needs.

A History Of Automatic Temperature Control

Ford F-150: Lack Of Heat In Low Temperatures
Connect with us