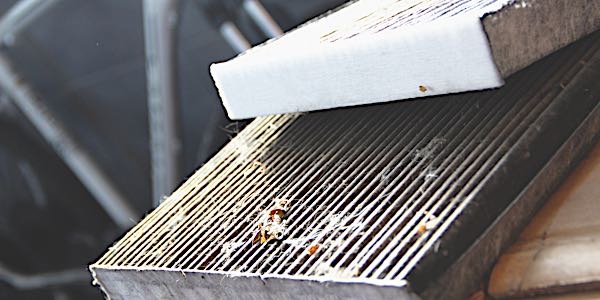 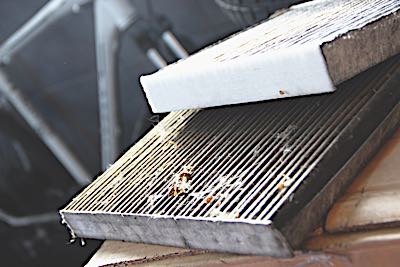 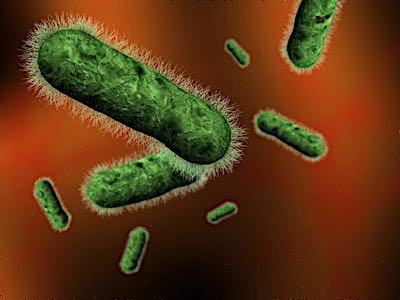 To get rid of the unwanted organisms, various chemicals can be sprayed on the evaporator directly or through the blower ducts or air intake.

Some of these chemicals are designed to be applied by DIYers. However, independent repair shops and dealerships that provide A/C service can offer some of these de-smelling solutions, especially as the A/C season is starting up in many parts of the country.

A musty odor may be emitted from the air conditioning system of some vehicles that are usually operated in areas with high temperatures and humidity. It’s most noticeable when the air conditioner is first turned on after the vehicle has been parked for several hours.

1. Blockage of the evaporator housing drain pipe, resulting in a buildup of condensation.

To address excessive air conditioning evaporator odor, check the evaporator housing drain pipe for blockage. If no problems are found, the evaporator and housing should be cleaned and disinfected. 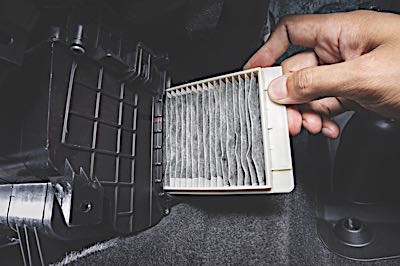 Some odor treatments are merely feeble attempts to cover up odor. Almost all odor treatment products fail to provide a long-term solution that can reduce the reoccurrence of odor. Here is a brief description of the performance capabilities of various odor treatments by product type:

• Perfumes/Fragrances: Are designed to cover up odor with another, more acceptable scent. These can be time-release agents. Cover-up perfumes and fragrances cannot eliminate odor-causing microorganisms.

• Disinfectants: Destroy odor-causing microorganisms on contact. The typical liquid disinfectant quickly evaporates or washes out of the system along with the condensation that forms during A/C use. The next time airborne bacteria enters the system, odor can occur again. For this reason, disinfectants can require repeat applications to control odor.

• Smoke/Mist Application: Smoke and mist products combine a liquid disinfectant with a fine spray application technology. The spray is directed toward air intake vents inside the passenger compartment, so it reaches down into the air conditioning evaporator where odor-causing microorganisms colonize and grow. Ease of application is a plus, but again, the disinfectant quickly drains from the system, leaving no long-term protection against odor recurrence.

• Air Filters: Catch and absorb particulates and some gases as they pass through ducts to the passenger compartment. Many filters use activated charcoal. Filters become saturated or their active ingredient loses effectiveness over time and must be replaced. Some filters cannot catch gaseous odor molecules, which can be small. Filters do not eliminate the source of odor-causing microorganisms.

• Baking Soda/Absorbents: Help absorb moisture, which is needed by microorganisms in order to grow. Lack of moisture reduces the ability of microorganisms to multiply and cause odor. Absorbents become saturated quickly and allow odor to return, thus requiring repeat application.

• Antimicrobial Agents: Have a wide range of successful microbial-control applications, from inhibiting fungal growth on boat hulls to preventing mold and mildew growth in carpet and wall coverings. One unique antimicrobial product used on mobile air conditioner odors combines its active ingredient with an acrylic resin that is sprayed into the evaporator. The acrylic resin dries onto the evaporator coils, forming a coating that sheds moisture better than uncoated coil surfaces. The antimicrobial agent remains embedded in the coating, where it kills or inhibits the growth of any microorganisms that attempt to settle on the surface. Together, the antimicrobial and acrylic resin coating last in the A/C system for up to three years, protecting against moisture and the growth of odor-causing microorganisms.