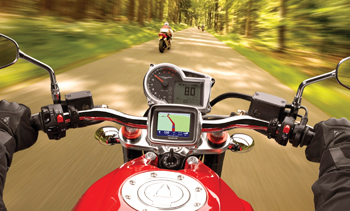 When the weather is right, I like to ride my motorcycle to work. It’s a little bit of a commute for me, but it does allow me time to observe the world from a different perspective than from behind a windshield.

I’m not surprised at how many people push past the speed limit, while maintaining a grip on their ever-present cell phone. Some of these morning pavement pounders always seem to be in a hurry to get somewhere.

It wouldn’t surprise me if they were the same ones who come to the shop and want things done faster than is humanly possible.

While on the bike, I tend to notice a little more than when I’m driving in the car. You can hear the car behind you bring up the rpms, just before the driver flips to the next lane and passes you like you’re standing still. You can hear the guy’s radio three car lengths away from you (and that’s with his windows up). Hurry, hurry, hurry! It seems everyone has some place to be right that second, rather than to be on the highway.

When I finally get to the shop and open the doors, I’m really hoping for a change of pace, something to slow the morning down a bit. It would be nice to start my day off with a pleasant type of person for a change. 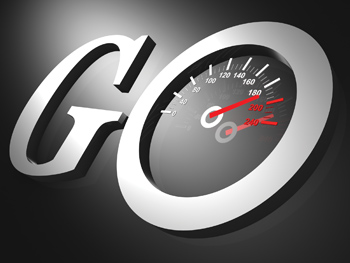 Today was that type of day. My first customer was an older fellow who drove in a 1981 pickup. Yes, a 1981 model. I haven’t seen one of those in quite some time. I mentioned to him, “Wow, that’s an oldie.”

“Yes it is. I’ve owned it since it was new,” the soft-spoken gentleman told me.

“So, what’s your problem with it today?”

“The brake lights aren’t working, I’ve already tried a new brake switch and bulbs, but it still doesn’t work. I was told you’re the man to see about stuff like this.”

“Not a problem, I can take a look at it if you’d like,” I said as I put my helmet down on the counter.

I got his keys and unlocked the shop for the day, while he made himself comfortable outside on one of the benches.

I was in for a shock when I got into the truck. It was in perfect condition. He had it all reupholstered, repainted and it was clean. It was still so much like a factory- fresh vehicle that I just couldn’t believe it. When I think of a 1981 model in this day and age, it’s most likely to be a worn-out, old, rust bucket that’s going to be nothing but one problem after another, but not this truck.

This truck’s old-style brake light switch presses against a flat section on the master cylinder push rod, which then closes the switch and turns on the brake lights through the turn signal switch. The quickest way to check them is to turn on the hazards, and then walk back to the rear of the truck to see if both the bulbs are flashing. If they are, all you have to do is press on the brake pedal. If the switch and wiring are in working order, the brake switch current should cancel the flasher and lock the signal on.

Well, it didn’t, and the hazards kept flashing. I crawled under the dash to test the brake switch. It seems the switch was new, but wasn’t quite pressing against the master cylinder rod enough to close the switch. A simple adjustment of the contact plate on the switch did the trick.

I finished checking the rest of the turn signal operation and brake lights, and then took the truck back up to the front of the shop. The old guy was sitting on one of the benches, reading a book patiently waiting for his ride to pick him up.

“You’re done already, sir. You won’t need that ride now,” I told him.

“Wow that was fast! I was happy to just sit here and read; you didn’t have to do it that quickly. This is super. I’m so glad to get this taken care of. Let’s go ­inside and settle up the bill,” he said with a big grin.

“Oh, it was nothing. No charge today; it didn’t take any time at all. It was pretty cool to see a one-owner truck in such great condition. It’s quite a change from some of the worn-out junk that people drag in for ­repair.”

“Nothing? Your time is valuable; I couldn’t find the problem. You already quoted me your diagnostic charge, so you should be charging for the actual labor time. You’re the professional and I’m the customer, so I’m paying for your service. You deserve it. Even though you think it was nothing, I think it was something,” he said while patting me on the back.

Well, I guess I can’t argue with that. We settled up and shook hands like a couple of old friends. We even took a little time just to chat in the front office about my motorcycle. He was thinking about getting one himself. I was really inspired by this fellow. He made it a point to tell me that my time was not free, nor should it be any cheaper because of the quickness of my efforts.

It was hard to believe I was hearing this from a paying customer, while during most of my professional years, I’ve been preaching about the same thing. He explained to me that it was his job as a customer to make sure people who work in service-related businesses are compensated for their time and efforts.

It made my day to have someone come into the shop with this type of attitude and mindset. He wasn’t in a hurry and he wasn’t pacing. He was just waiting for me to finish, and was eager to pay for services rendered.

Whether it would have been a big job or even a small one, I have a feeling he would have handled it in the very same manner. Makes me wonder why there aren’t more people like this guy roaming the public roadways. I think he could teach us all a lesson in professional courtesy and how to utilize our time better.

As a professional technician, it’s not often you run across a professional customer: someone who values service work and the people who perform it. Hopefully, he gets a bike of his own and the two of us can go riding together. I’d like that.

So, for everyone out there who’s speeding up and down the freeways trying to get somewhere in a hurry, keep an eye out for some old guy on a motorcycle. It could be the fellow with the ’81 pickup, or it might even be someone like me, just taking my time.