GONZO’S TOOLBOX: I SMELL A ‘RAT’: Murphy’s Law Was This Time Disguised as a Pesky Rodent – UnderhoodService 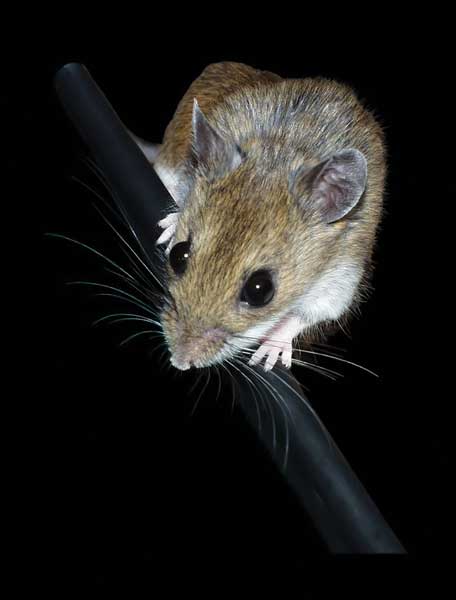 A 2002 Lexus LS430 came in the shop earlier this year. It was stumbling and sounded rough. It had a slight misfire but, overall, the owner said he couldn’t feel it ­vibrate. The check engine light was on and it didn’t seem to have the power it used to have.

There were two codes, P1310 (misfire on #3 cylinder) and P0330 (knock sensor code). I figured I better start with the misfire code and see where it leads. It could be that the knock code was a result of the misfire.

After removing the engine cover, a glance at the #3 coil showed a problem. Three of the four wires to the coil were broken off. I had found my problem. In the meantime, I might as well pull a plug and check them while I’m at it. It could use a new set, so while we’re here, we might as well price it out. I called the customer and gave him the news.
“Will that take care of the service light?” he asked curiously.

“I can’t say for sure until I repair what is wrong with it at the moment,” I told him.
I’ve learned over the years that even though you see an “absolute-for-sure” problem in front of you, never ever assume it’s completely fixed until you have test-driven the vehicle and checked it again. Just when you think you’re done, you’re not. There’s always “Murphy’s Law” that can spoil your day.

I got the job approved and changed the plugs, cleared the codes and it started up smooth, in fact, very smooth. The miss was gone and the service light was off. It was time to take the Lexus for a little test drive.
As soon as it shifted into second and I gave it a little more pedal, the service light came back on and the ­engine power dropped off.

Here I was thinking I was done, ready to get to the next job, so confident I wouldn’t have to do anything else to this Lexus. I’m wondering if that Murphy guy is around again, that rat, always making my job harder.

OK, back to the shop to get it on the scanner. The P0330 code was back again, but the misfire code was gone. What I didn’t quite understand was why the power drop occurred exactly when the service light came on. I went back to the computer to the theory and operation section.

It seems that as the vehicle passes 30 mph and the rpm are above 2,500, the PCM reads the knock sensors mounted on both sides of the engine. The computer wants to know whether or not the ­engine is in good condition and that there are no “knocks” that would harm the engine. If it doesn’t receive a signal, then it assumes there’s a mechanical problem with the engine. The PCM’s answer to this lack of knock sensor information is to lock the spark advance to a nominal value and retard the timing enough to allow one to drive it, but not at full throttle.

Rather than going for the wrenches and start taking the intake off, I thought I might take a look at the knock sensor first. Since it’s buried under the intake, I grabbed my video scope and stuck it down into the engine valley below the intake.
I didn’t think there was supposed to be dog food, fiberglass insulation, a chewed up drinking straw, two bottle caps and mouse droppings down in there. I think I smell a RAT! It’s Murphy! I found him! I took pictures of the whole thing, called the customer and got the job approved.

I took off the intake and cleaned out the pack rat’s house. And, as expected, he had chewed through the right-hand knock sensor wiring and made a pretty good meal of the main battery cable leading to the starter.
After the repair was completed, another test drive was in order. This time, I wasn’t worried about old Murphy the rat; if he’s still in the car, he better have his little seat belt on. I gave the V8 a little stomp on the throttle this time. One thing is for sure, there’s no holding back on that timing advance now.

On this repair job, Murphy really was a rat. I guess the lesson learned is not to give up on the diagnostics just because the two codes “sound” like they are ­related, but aren’t. A test drive to confirm the repair should also be a part of every repair.