I worked for a shop owner who once told me there are three things I could not discuss at work with co-workers or customers. The three topics were sex, religion and politics. It was a simple rule some people find hard to follow this time of year.

All around us the airwaves are filled with political ads that will not end until this time next year. On the roads, political candidate signs seem to be breeding at an alarming rate.

Your shop must be a politic-free zone for customers and employees. Politics can be deeply personal for some people. No matter what you believe or where your political views fall, there is always someone out there with the opposite view. Customers come to your shop to get their car fixed and employees come to work to make a living. Cars need to be fixed, not political opinions or elections. 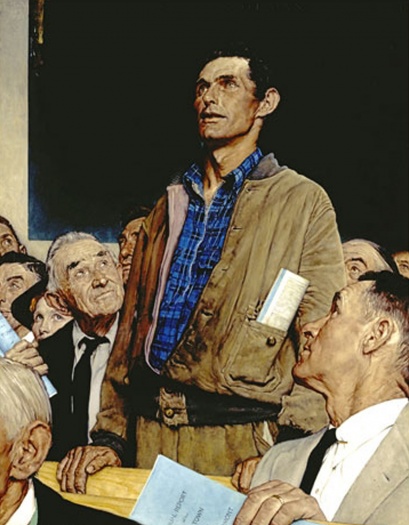 The Revolution Will Not Be Televised
The other week I received a call from a shop owner who was looking for some information. In the background, I could hear the usual shop sounds of impact wrenches and whine of a two-post lift. But, the one sound that dominated over all of them was that of the waiting room TV tuned to a cable news station.
I asked him how was business. His response was highly influenced by what was on the TV that day. He said business was good but he “feared for the future.” He was concerned that recent foreign currency shifts were going to affect parts prices and Brent Sea Crude was going to hit a record high. He was also concerned that some new regulation or court decision was going to change the health care of his employees.

The whole time I could here the tones of political fear and punditry coming out of the TV in the waiting room. While he did not watch the TV constantly, his mind was irradiated by the TV’s messages during the day. I have seen this happen to shop owners on both ends of the political spectrum.

My best suggestion is to stick to sports or documentaries. I was recently buying a set of tires.  A TV with a cable news channel that leans a little bit in one direction was on. A lady in the waiting room did not like that is was on, but she felt that if she changed the channel she might offend someone and start a ruckus.

Go Local
I am not saying all politics should be banished from your shop. The one area that is often neglected and should be discussed with your employees and customers is local politics. Local politics tend to be about tangible issues and not obtuse political concepts going right or left.

If you cannot name your mayor or one member of the city council, than you need to become involved with your local government. Go to a city council meeting, stop by the mayor’s office or even say hi to your local zoning board. The benefits will be greater than debating who will be the next president.