Viewpoint: Are Vehicle Service Contracts Worth the Trouble? – UnderhoodService 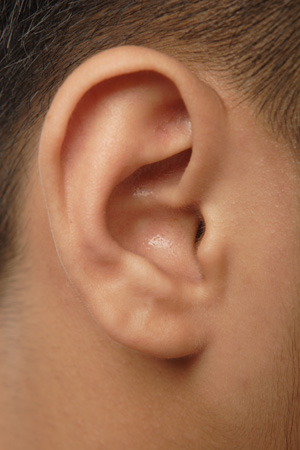 I would cringe when a customer would pull out a vehicle service contract or extended warranty contract when I was at the service counter. I could just feel a pain in my right ear flare up as I knew I would be on the phone for a long time getting approvals and dealing with representatives that did not know a dipstick from a donut.

Recently, I felt the same pain when I heard extended vehicle warranty contracts have started to gain some popularity as consumers are keeping their vehicles longer. A recent Polk analysis found that consumers are holding onto their used vehicles an average of 46.1 months, which is a climbing trend. This number stood at just 40 months in 2008.

While I can see some logic behind these insurance products in some cases, most of these contracts are sold through the fear tactic that a shop might be very expensive or try to rip them off.

In May 2009, the Federal Trade Commission filed suit against three companies that bombarded consumers with deceptive “robocalls” in an effort to sell them vehicle service contracts under the guise that they are extensions of original vehicle warranties. According to papers the FTC filed with the court, the robocalls prompted tens of thousands of complaints from consumers.

The most recent incident is the bankruptcy of U.S. Fidelis and the upcoming trial of its founders. U.S. Fidelis was the nation’s largest extended auto warranty dealer in the nation before it collapsed in 2009. The company is accused of defrauding consumers in a number of ways.

U.S. Fidelis lied during sales pitches about limitations on coverage and caps on claims paid, and falsely suggesting to consumers that U.S. Fidelis was affiliated with automakers and dealers. Also, the company sold insurance without a license when it peddled so-called product warranties, a form of vehicle coverage that is conditional on the purchase and use of certain auto additives.

The indictment and up coming trial of the company’s founders promises to put extended warranty trade into the spotlight again. The charges against U.S. Fidelis founders allege that the duo kept refunds for themselves and engaged other acts of fraud.

In the past 12 months, the BBB has received nearly 800 complaints involving 24 auto service contract companies. While now-defunct U.S. Fidelis has received the biggest number of complaints — 200 — three other firms have received at least 60 complaints during the 12 months.

“The stories from consumers have changed little since the days, just a couple of years ago, when U.S. Fidelis was the nation’s biggest seller of these contracts,”  said Michelle Corey, BBB president and CEO.  “Recent news coverage has gone a long way toward educating consumers about this industry, but, unfortunately, too many people are still being hurt.”

Due to the bad PR, the extended warranty contract business is going through a “rebranding” after these two serious incidents. Even their trade association, named  “The Automotive Warranty & Service Contract Association” (AWSCA), has changed its name to the  Vehicle Protection Association (VPA) after a little more than a year. The mission of the VPA is to promote regulatory transparency, education, and accountability for the marketing and servicing of extended automotive service contracts.

“Recently, we have had a handful of bad actors tarnish what is otherwise a very reputable and professionally run industry,” said Larry Hecker, executive director of the VPA. “Our members are very concerned about this and believe the bad actors should be punished to the full extent of the law. We will also be aggressively implementing a series of initiatives that we believe will ensure that consumers are protected going forward.”

In my opinion, it remains to be seen if the vehicle service contract or extended vehicle warranty industry can clean up its act. I know that just about every form of insurance is sold through fear of the unknown, but also using the fear of visiting an automotive repair shop is worse and unfounded.

The vehicle service contract industry needs to reach out to shops and stop painting them as the bad guys to consumers. Shops and service contract providers want to get the customer back on the road and make money at the same time.