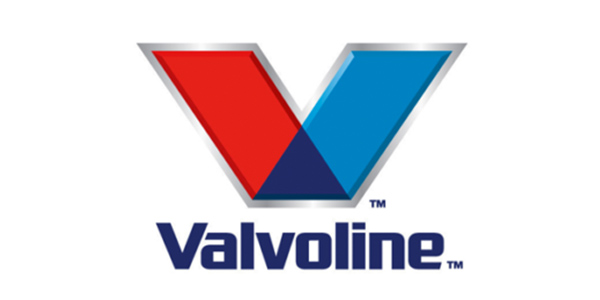 The wide-ranging partnership grants Valvoline the ability to activate in each of Concacaf’s 15 Gold Cup markets.

The Confederation of North, Central American and Caribbean Association of Football (Concacaf) has announced that Valvoline Inc. will be an official partner of the 2019 Concacaf Gold Cup, the confederation’s official championship.

Taking place every two years, the Concacaf Gold Cup features many of the best players from the top national teams across the region. This year’s edition will feature an expansion in teams and host countries, with 16 participating teams as well as venues in the United States, Central America and the Caribbean.

Valvoline serves as an official marketing partner of the 2019 Concacaf Gold Cup and underwrites the “High Mileage Stats of the Game Presented by Valvoline” digital platform, which will deliver unique statistics and infographics to fans throughout the tournament.

“We are proud to welcome Valvoline, a renowned global brand with over 150 years of heritage, as an official partner for the Concacaf Gold Cup,” said Concacaf General Secretary Philippe Moggio. “Valvoline shares our passion for the game and vision to provide an innovative and premium-quality experience to fans as they interact and consume the best football in the region.”

The 15th edition of the competition will be in 15 venues across 13 U.S. cities, including Denver, Kansas City, Los Angeles, Minneapolis-St. Paul (a sold-out game at state-of-the art Allianz Field, opening this year) and New York, among other major markets. The knockout rounds will be played in Houston, Nashville, Philadelphia and Phoenix, with the championship match set for Soldier Field in Chicago on July 7.

“We’re proud to be an official partner of the 2019 Concacaf Gold Cup and to join such a passionate group of sports fans,” said Tim Ferrell, Valvoline vice president of brand equity and consumer marketing. “We look forward to sharing in the excitement of the games and showcasing Valvoline’s commitment to innovation, hands-on expertise and world-class products to a global audience.”

Valvoline also will have a major presence at Fútbol Fiesta, the tournament’s official pregame celebration. As part of the agreement, Valvoline is partnering with O’Reilly Auto Parts to expand reach to retail consumers through advertising, digital, social and pre-game activations.

“The Concacaf Gold Cup is the pinnacle of international soccer in the region, and this summer’s edition will be the biggest in tournament history,” said Carter Ladd, senior vice president of Soccer United Marketing. “Soccer United Marketing is proud to facilitate this partnership between Concacaf and Valvoline. We look forward to working with Valvoline to drive awareness and engagement for its premium, global products and services as we partner to celebrate the beautiful game.”

The 2019 Gold Cup will be the biggest edition of the event yet, say Concacaf organizers, with more participating nations (16 up from 12 in 2017), more host countries (three, including first-time matches in Costa Rica and Jamaica), and more stadiums (17 up from 14 in 2017, eight of which are in contention to become a 2026 FIFA World Cup venue).

The 2019 Concacaf Gold Cup will be broadcast nationally on the Univision and FOX family of networks and transmitted on radio in Spanish by Fútbol de Primera Radio Network, and broadcast by television partners in countries around the world. The Valvoline and Concacaf agreement was facilitated by Soccer United Marketing, Concacaf’s agency of record.

Advertisement
In this article:Valvoline Inc.

Valvoline To Be An Official Partner Of The 2019 Gold Cup