Engine protection is paramount for National Hot Rod Association (NHRA) car engines that are the most explosive and demanding in motorsports. With cars producing 8,000 horsepower and clocking an acceleration of 0-100 miles per hour in less than one second, high-quality motor oil is the engine’s lifeblood and a critical barrier against failure. Now drivers and pit crews, including the legendary Don Schumacher Racing team, are adopting a new formula for success and relying on Valvoline’s NextGen recycled motor oil technology to keep their engines performing at their best. 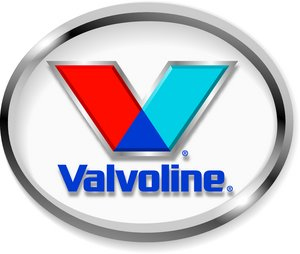 “The extreme conditions and pressure these cars put on our components demand motor oil that can withstand that intensity and perform again and again,” said Don Schumacher, of Don Schumacher Racing. “We’re thrilled to be using Valvoline’s NextGen recycled motor oil technology in competition, as it’s shown it can deliver optimal protection in a product that’s better for the environment – making it an obvious choice for DSR.”

Made with 50 percent recycled oil, NextGen motor oil launched to consumers this spring and features a breakthrough formulation that was the result of years of research by Valvoline scientists along with advancements in the oil re-refining process. Since used oil actually contains fewer contaminants and more usable molecules than crude oil, it provides a better starting point when creating new motor oil. NextGen takes advantage of the highest quality recycled oil and improves it with Valvoline’s award-winning additive package to make NextGen exceed industry specifications and match the quality of regular Valvoline oils. The process takes a lesser toll on our natural resources, making NextGen “better than new” oil.

The opportunity to bring NextGen motor oil technology to NHRA represents a major milestone in Valvoline’s long heritage of bringing innovation to motorsports. Don Schumacher Racing put NextGen in the driver’s seat following rigorous validation testing to ensure it met and exceeded its high standards for engine wear protection, durability and horsepower. After passing those stringent tests, the team’s crews and technical experts determined that NextGen motor oil was the right choice for their drivers’ engines on race day.

“This is exactly what we’ve seen since first testing NextGen technology,” said Jack Beckman, currently ranked second in the NHRA Full Throttle Funny Car standings. “There’s zero downside. In NextGen we’re able to use a recycled oil product that delivers the engine protection we expect from Valvoline in a product that’s better for the environment. That helps make us a winner on and off the track.”

DSR is quickly transitioning more of its cars to Valvoline NextGen technology with a full shift expected following the U.S. Nationals on Labor Day weekend.

The Recycling Opportunity
NextGen motor oil represents an opportunity that extends far beyond the race track – and with far-reaching implications. American cars and trucks use more than three billion quarts of motor oil each year.  While many Americans dispose of used oil properly, Valvoline aims to inspire more to follow suit. One gallon of improperly disposed oil can contaminate up to one million gallons of drinking water. In addition to its potentially harmful effects to our ecosystems, oil is also a precious resource.  If every American switched to NextGen motor oil, it would save 400 million gallons of crude oil.  That’s enough barrels to stretch from New York to Los Angeles and back – every year.

Let’s Do M.O.R.E. (Motor Oil Recycling Education)
Consumers can find out more about motor oil recycling at www.nextgenmotoroil.com. Valvoline is also challenging Americans to help shine a light on this critical issue. Let’s Do M.O.R.E. allows consumers to click and show their commitment to closing the loop by recycling oil and using recycled oil products. For each person who clicks, Valvoline will donate $1 to Keep America Beautiful to help protect and preserve our community environments (up to a maximum of $250,000).