Technician Finds $1,000 and Returns it to Car Owner – UnderhoodService

When technician Kelly Hunt, of Newton Auto-Care in Vancouver, British Columbia, Canada, removed the back seat of a customer’s Chrysler Concorde to drop the fuel tank down, he found an envelope containing $1,000. Doris Seelig, who is 70, thought the money had been stolen last summer. As a reward for Hunt’s honesty, Seelig bought him a case of beer.

Below is the article as it appeared on The Surrey Now website. 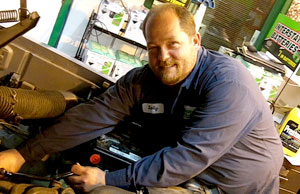 SURREY – When an auto mechanic tells you he has a surprise for you, it’s usually bad news.

But not this time.

Newton senior Doris Seelig, 70, found out recently that some businesses still live up to their name, and that the folks at Newton Auto-Care really do care.

She’d called the garage last week after her Chrsyler Concorde went on the blink, and they came to pick it up at her house. Sometime later, she got a call from the shop, telling her what had to be done and when she could pick the car up.

When she got to the garage, manager Ken Payne presented her with a $600 bill for parts and labour.

“He said, ‘Well, I’ve got another surprise for you, and I said, ‘Oh my God, it’s going to cost even more now,’” she recalled.

That’s when he put a white letter envelope in her hand, containing $1,000 in cash. Mechanic Kelly Hunt had found it while he was working on Seelig’s Chrysler, and told his boss.

To read this article on The Surrey Now website, visit http://www.thenownewspaper.com/grand+deed+honest+mechanic+returns+cash+Surrey+senior/4159097/story.html.