The now ex-shop manager of Greenwich Automotive Services in Greenwich, CT, embezzled more than $600,000 between 2005 and 2008. According to an article in the Greenwich Time, the manager took cash that was generated from vehicle repairs and gas station sales. He regularly accessed the shop’s computer system and altered the amounts of money the shop received.

Below is the article as it appeared on the Greenwich Time website. 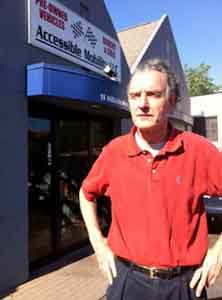 What’s it like working with an employee who you suspect of stealing hundreds of thousands of dollars from your business?

"It was awkward; it was very awkward," said Chris Canavan, owner of an auto repair business formerly located in Greenwich.

It turned out Canavan was right to be suspicious of the worker. Eugene Ceriello, 47, of Stamford, pleaded guilty last week to failing to pay taxes on more than $600,000 in funds embezzled from Canavan’s Greenwich Automotive Services on West Putnam Avenue between 2005 and 2008. Ceriello was the manager of the shop, which is now located just over the state line in Port Chester, N.Y.

Canavan went to Greenwich police in February 2010 when an initial audit turned up thousands of dollars missing, but kept Ceriello as an employee.

"I couldn’t believe he did this, and I wanted him there for any questions I had on how he did it," said Canavan, a former Greenwich resident.

He eventually fired Ceriello in April 2010.

To read the entire article on the Greenwich Time website, visit http://www.greenwichtime.com/default/article/Greenwich-gas-station-owner-opens-up-about-1410926.php.