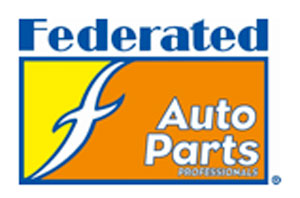 “We have had a great relationship with Boris for many years so we are thrilled that he has agreed to drive the Federated car in the NASCAR K&N Series race in Sonoma,” said J.R. Bishop, director of racing and event marketing for Federated Auto Parts.  “Boris has been a member of the Federated racing family for a long time and we are really looking forward to working with him again at Infineon.”

Considered one of the best road racers in the business, Said has raced in various series throughout his career including the American Le Mans and the Sports Car Club of America (SCCA).  He has also raced in the NASCAR Sprint, Nationwide and Truck series over the years including a stint behind the wheel of the Federated truck. In 2010, Said won the Nationwide race in Montreal and finished eighth in the Sprint Cup race at the Infineon Speedway.

“We always have strong customer turnout for the race at Infineon and this year should be no exception,” said Bishop.  “We have a hospitality event scheduled for the race and, with Boris driving the Federated car, we know who everyone can cheer for.  The K&N Pro Series West race promises to be great fun for our members and their customers.”

The NASCAR K&N Pro Series East and West is the highest level of NASCAR’s developmental race series. Many great drivers have entered one of the three national NASCAR series from this level. The K&N Pro Series uses race cars that are similar to those used in the NASCAR Nationwide Series with a focus on keeping the costs to a minimum.

About Federated
Federated Auto Parts, headquartered in Staunton, Virginia, is one of the largest auto parts distribution and marketing organizations in North America.  Federated is dedicated to supporting its customers with quality name brand parts, programs designed to grow their businesses, and experienced counterpeople who are knowledgeable in today’s evolving automotive technology.  For more information, visit www.federatedautoparts.com.