Brian Kelly, owner of Dr. John’s Auto Clinic in Bellingham, WA, headed up a group of repair shop owners, auto parts suppliers and other local businesses to make a wish come true for a local boy with a serious kidney ailment. Working with Make a Wish, the volunteers restored a 1984 Pontiac Trans Am.

Below is the article as it appeared on The Bellingham Herald website. 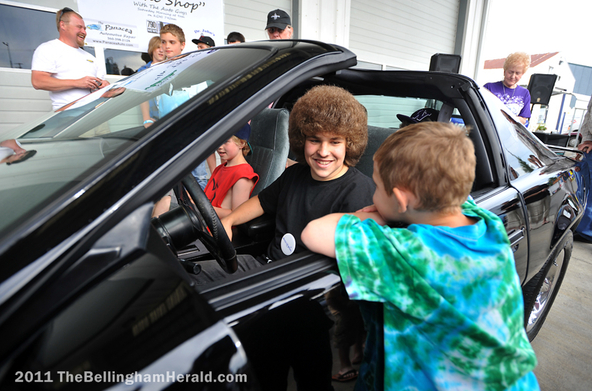 Tracy Johnson of Deming was a bit surprised when she learned the Make a Wish chapter for Washington state wanted to make her son’s wish come true.

Some people have the idea that Make a Wish only does good deeds for kids who are terminally ill. While Johnson’s 16-year-old son, Jacob, takes medication for a serious kidney ailment and needs a transplant, he’s far from death’s door.

It turns out that Make a Wish also grants wishes for kids with "life-threatening" medical conditions, and Jacob’s doctor in Seattle confirmed that the teen fit the bill.

So Jodi Sipes of Bellingham, a Make a Wish volunteer, talked to Jacob and his mom in December about what wish Jacob would like fulfilled.

"He was just a little overwhelmed that anyone would do anything for him," Sipes said. "The whole family has that attitude of gratitude."

After some discussion, Jacob, who will be a junior next fall at Mount Baker High School, settled on a wish: That someone would fix up his battered and barely running 1984 Pontiac Trans Am.

"I’m going to be driving," he said, reasonably.

Jacob likes cars and bought the Trans Am with the idea of fixing it up sometime.

To read the entire article on The Bellingham Herald website, visit http://www.bellinghamherald.com/2011/06/24/2074789/whatcom-county-car-community-rallies.html#storylink=misearch.