This article documents the code P1A10-Hybrid Powertrain Control Module-Battery Disabled found on a 2006 Ford Escape Hybrid 2.3L. Code P1A10 involves a possible interlock problem with the system. Our subject vehicle was a former police vehicle purchased at an auction – for $1! – in very poor condition. It does not run or power up, and both cluster displays are blank. 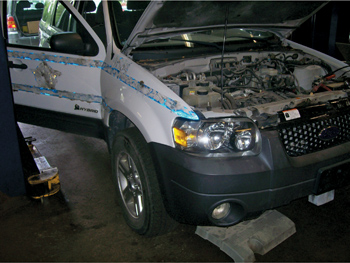 Our subject vehicle was a former police vehicle purchased at an auction — for $1! — in very poor condition. It does not run or power up, and both cluster displays are blank.

The vehicle was brought into a local shop where a review of the parameter indicator data (PID) shows per a freeze frame that the interlock circuit was closed at the time of failure. 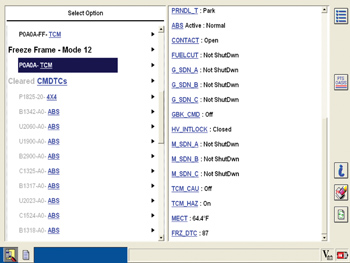 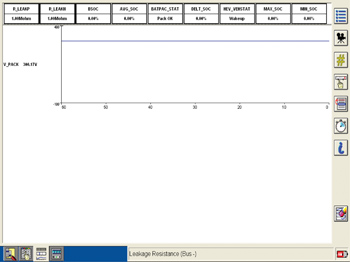 The battery pack state of charge is 0% and it appears that the vehicle may have been under water for a period of time. 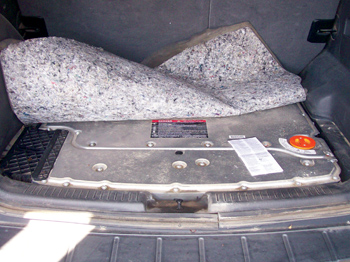 A visual inspection of the battery implies that based on appearance, there may have been water in this area. See Photo 2. It’s interesting to note that Ford has indicated in their service information that this battery is water resistant.

Further review of PID data shows no interpretation by the system that any cell failure had occurred. The information provided by Ford Motor Company indicated that the battery state of charge needs to be a minimum of 30% in order to begin a diagnostic game plan. 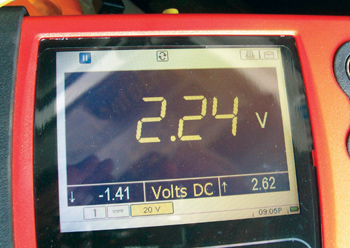 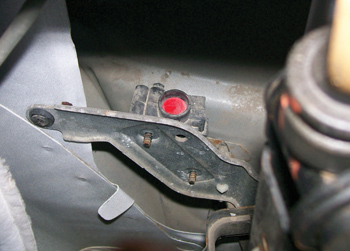 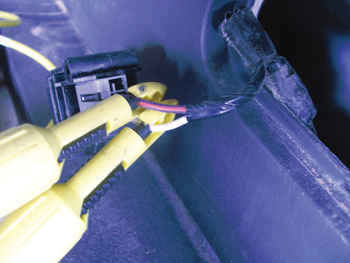 The data does show one more piece to this puzzle: this HV system was in limited operating strategy, the PATS (passive anti-theft system) has also been enabled.

A review of the schematic shows that this system has two inertia switches. One is located in the front of the vehicle and the other one is in the rear of the vehicle. We start by checking to see if the two switches have been opened. The inspection shows that both switches are closed. The switches were then checked for proper feed and ground. The front switch showed 12 volts and a good ground, and the rear switch showed 2.24 volts and a good ground. See Photos 3-5.

It was quite clear that the voltage was incorrect; the question was, what was causing this incorrect voltage level? It was clear that we would have to work our way with a schematic, which would be our roadmap to possibly finding the fault. 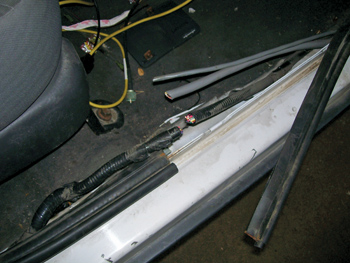 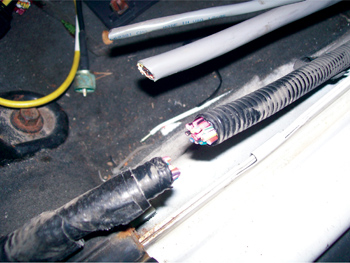 Following the schematic, we inspected the wiring, which showed the problem — the main harness for the system was cut clear through (Photos 6 and 7).

After the harness was repaired, the vehicle started and ran. A jump-start switch (Photo 8) was depressed so it could be used as a donor to promote the charging of the HV battery. This is achieved per a jump-start control module inside the high voltage traction battery. If the battery reaches a state of charge of 30%, it can be driven. The charge state reached 52.3% and the system appears to be working as designed.

I checked with this owner several months later and the vehicle is being used on a daily basis with no signs of adverse operation. This Pulling Codes case is now closed. 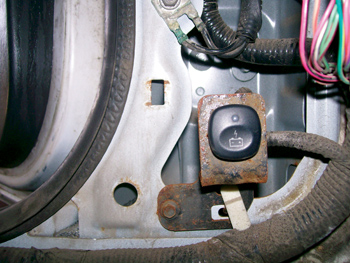 Pulling Codes - A Hybrid Story: The Story Of P1A10