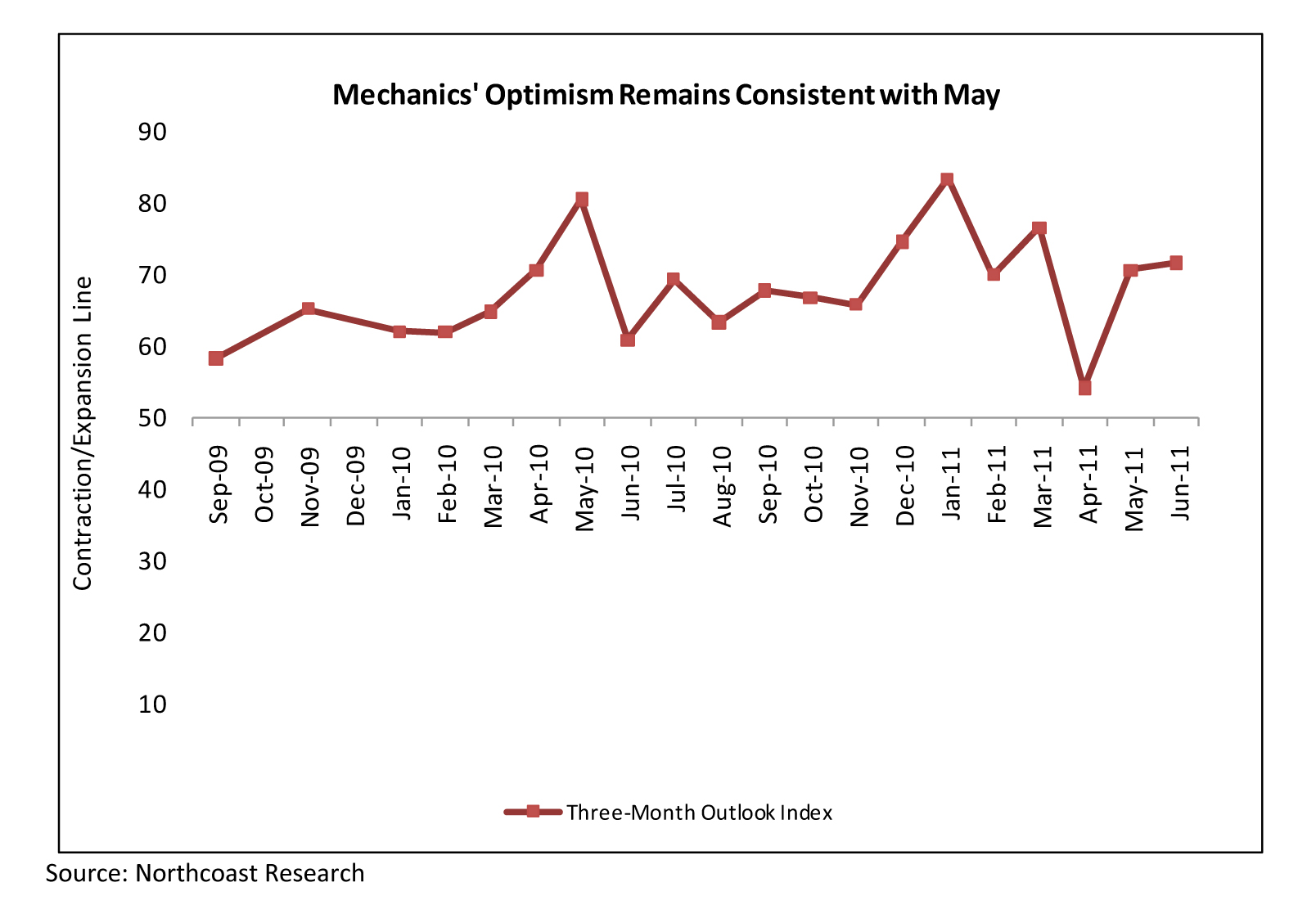 It looks like business might be similar to a roller coaster ride dependent on which direction gas prices are headed. Are you seeing swings in maintenance work that are inversely related to the price of gas?

Once again, I’ve reached out to Nick Mitchell, senior vice president of research at Northcoast Research, an independent, full-service institutional equity research and trading firm headquartered in Cleveland, OH, for insights from its monthly research study. Our last report from Northcoast Research involved April data, which indicated that April was the worst month in 2011 so far and the worst since February 2010. The ­latest report through June shows that business had bounced back in May and June.

In fact, according to its research results, June showed the second highest reading of 2011 and partially reflects the benefits of falling gasoline prices and the release of pent-up demand for repair work, which is a consequence of the continual deferment of maintenance work.

According to Mitchell, “the repair shops in our sample noted the sales gain in June was driven primarily by a higher average repair order brought on by a greater amount of repair work.” Some of the shop owners believe the lack of proper maintenance in the prior two or three years is causing more breakdown/part failures, which is turning out to be good for business

Another data point tracked by Northcoast Research is the deferral rate of maintenance. This number had been trending lower starting in August 2010 and continuing into March 2011. While the increase in gas prices reversed the trend in April and May, it appears to have leveled off based on the June data. The fact that gas prices are starting to rise again in July indicates that maintenance work will be going back down.

Northcoast Research measures optimism in the market with its Three-Month Outlook Index, which has also shown a rebound in both May and June. According to Mitchell, “a pullback of gasoline prices and solid start to July has brought on a new optimism among techs.” According to the chart above, optimism scores have been good all year with the exception of April.

It looks like the remainder of the summer could be pretty frustrating if ­consumers continue to adjust their vehicle maintenance expenditures based on the price of a gallon of gas. It also sounds like shops will have plenty of “I told you so” conversations with customers, along with the chance to get to know all the local tow truck drivers.

Make sure you praise those customers who are sticking to a maintenance plan and point out to them the number of cars that are in your shop for repair work. It will make them feel a little bit better about the money they’re spending with you.