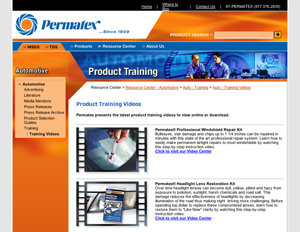 Permatex, Inc., an innovative leader in chemical technology for automotive maintenance and repair, is continuing its long running corporate sponsorship of the Follow A Dream Race Team as it competes in the NHRA Championship Top Alcohol Funny Car Series. Permatex has partnered with Jay Blake and his team since 2004.

Marty ‘The Blade’ Nothstein is one of the most recognized cyclists in the world. With two Olympic medals, a gold in Sydney (2000) and a silver in Atlanta (1996), Nothstein is America’s most decorated track cyclist. He holds 35 U.S. National titles, three World Championships, four Pan-American Games Gold Medals, and World and Olympic records.

After a successful NHRA rookie season in 2006, Nothstein has found continued success as a drag racer. The 2008 campaign will mark Marty’s third season in a NHRA Top Alcohol Funny Car. He notched two wins in 2007 and finished 11th in the 2007 NHRA Alcohol Funny Car season points standings.

Jay Blake, founder, owner, and crew chief of Follow A Dream Racing, stated, “We are very excited about the new season and the prospects of success that Marty and our new car bring to the team. So far, we have done extremely well, running in the finals of the first three races this season and making a semi-final appearance in our most recent event at the NHRA SuperNationals in Englishtown, NJ. Our relationship with Permatex continues to be a great opportunity for both organizations. We are extremely proud to be working with a company that is so highly respected in the industry, and we continue to rely on their outstanding products to keep our car competitive.”

About Follow A Dream
What is remarkable about the Follow A Dream Racing Team is that, while it has been winning at the Nationals level, its owner and crew chief, Jay Blake, is totally blind. Jay lost his eyesight in a tire explosion over nine years ago, but he did not lose his positive attitude on life, nor his desire to pursue his dreams. Jay had always wanted to form his own race team, and in spite of losing his eyesight, he continued to focus on his goals. Through years of incredible determination and perseverance, he was able to realize his dream and founded Follow A Dream Racing. Since then, the team has worked its way up the rankings to become one of the top Funny Car teams in the world.

Jay Blake’s Mission
While he has worked incredibly hard to build his team, Jay Blake has also worked to encourage others to overcome adversity. For the past eight years, he has toured the country as a motivational speaker at hospitals, rehab centers, corporations, and Vo-tech schools, encouraging people to believe that they can rise above adversity and achieve their life’s goals.

“Jay’s mission to inspire people to follow their dreams through determination, positive thinking and teamwork reflects the attitude we encourage at Permatex. Sponsoring Jay and Follow A Dream Racing not only gives us a chance to accomplish our marketing objectives, but also gives us great pride in knowing that we are contributing to the community at large,” notes Tony Battaglia, director of marketing at Permatex.