Management: Highlights of the AAPEX and SEMA Shows – UnderhoodService 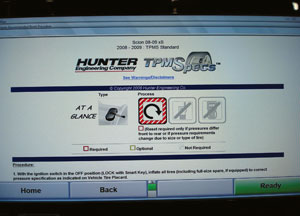 Every year in early November, Las Vegas hosts two huge automotive shows, the Automotive Aftermarket Products Exposition (AAPEX) at the Sands Convention Center, and the Specialty Equipment Manufacturers Association (SEMA) show at the Las Vegas Convention Center. The two shows this year drew more than 100,000 attendees from all over the world.

These are the shows where automotive parts, accessory and equipment vendors reveal their latest products in hopes that warehouse distributors, jobbers, retailers and catalog suppliers will market their goods. There are press conferences and seminars to attend, people to interview and lots of new products to see. 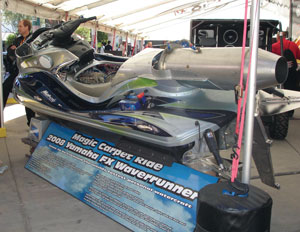 Unlike previous years where foreign exhibitors were mostly relegated to the lower AAPEX exhibit hall, many had the opportunity to move up to the main show floor. Booths from Chinese manufacturers were everywhere. It makes you wonder if any automotive parts are still made in the USA. Many still are, of course, but the numbers continue to dwindle every year as aftermarket companies continue to shift their production and sourcing offshore. In spite of what they say, quality is still a huge issue with parts made in China, especially no-name and counterfeit parts. That’s bad news for technicians who take pride in their work and don’t want to risk their reputation installing cheap quality parts.

Another change that was obvious at this year’s AAPEX show was the ongoing impact of new technology on service equipment. As vehicles become more complex and expensive, so too do the tools and equipment that are required to service them. A number of exhibitors were showing new Tire Pressure Monitoring System (TPMS) service kits and scan tools.

Hunter Engineering unveiled a new TPMS service feature that they have incorporated into the software packages on their latest wheel alignment and wheel balancing equipment. The software covers basic TPMS service and reset procedures for more than 106 different TPMS applications. They also had a new OBD II interface tool for resetting steering angle sensors following an alignment (a necessary step on a growing number of vehicles). 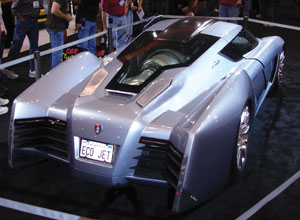 Bosch was touting its new wireless Mastertech VCI scan tool that links a vehicle to a PC, and two new J2534 flash reprogramming tools, the Flasher Pro (for all makes/models) and the Flasher LT (for Chryslers). Bosch has also added a new Asian software package to its European KTS Series scan tool to expand its coverage.

OTC showed the next generation of its popular Genisys scan tool, which will be named the Genisys EVO. The latest version will be faster, provide video output to a PC, allow up to four graphics per screen, and have USB communication for use with a diagnostic workstation. It will also include the latest “Code-Assist” diagnostic assistance software. Their top-of-the-line scan tool, the Pegisys, features wireless connectivity and a high-speed, two-channel scope.

Delphi announced its shop management and scanner software is now available for use on any PC, not just its DS650 and DS850 tablet scan tool. Delphi is also launching 19 new or updated training courses for technicians, including one on hybrid vehicles. 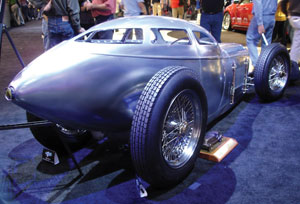 Finally, the one new product that really caught my eye at the AAPEX show this year was a set of smart jumper cables that are being marketed by Michelin Tire. The idiot-proof jumper cables are not color-coded because a smart module in the middle of the cables automatically recognizes the polarity of the battery connections. So no worry about reversed jumper connections causing damage to a vehicle’s charging system. Better yet, the module delays the flow of current through the cables when the final connection is made, eliminating any possibility of a spark causing a battery explosion. Why didn’t I think of that?

As for SEMA, lots of eye candy (show cars as well as babes), and lots of new performance and appearance accessories. Highlights here included a new ready-to-run electronic distributor from Performance Products (which won a SEMA new products award); a compact, lightweight (only 3 lbs.!) 12-volt Lithium XS racing battery from XS Power; and an aftermarket multiplex wiring kit called ISIS by Littelfuse for people who want to build a state-of-the-art hot rod.

One of the coolest show cars was Jay Leno’s Eco Jet turbine-powered sports car in the Chevy exhibit. Another crowd-pleaser was an aluminum-bodied, torpedo-shaped vintage-looking roadster in the Ford exhibit area. The most unusual vehicle at the show was a 1400 horsepower jet-powered Yamaha FX WaveRunner, claimed to be the world’s fastest personal watercraft.