This August, JohnDow Industries’ Fuel Chief brand introduced its "Caddy For A Cause" fundraising campaign for breast cancer research. 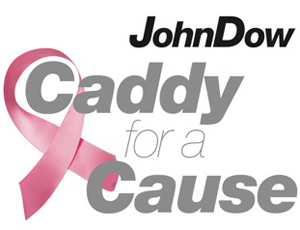 Originally intended to run for five months, JDI contributed $10 to this research for every Fuel Chief Pro 25 – 25 Gallon Steel Gas Caddy sold during that period. Because of the initiative’s success, JDI is extending the campaign for breast cancer research throughout the entire year of 2012.

“We really did not know what to expect when we introduced the campaign this last August, but the response has been exceptional,” said Joe Dease, president. “We continue to see ‘Caddy For A Cause’ as a real vehicle that we can use as an organization to help fight this dreaded disease.”

JDI’s FC-25GC Gas Caddy has achieved UL Listing status while also complying with OSHA guidelines. JohnDow is the only manufacturer in the U.S. with these safety credentials and is the largest manufacturer of gas caddies in North America, according to the company.