Jasper Engines & Transmissions held an Employee Stock Ownership Plan (ESOP) Shareholders meeting July 7th.  It was the first such meeting held since the company announced its ESOP plan in March 2010. 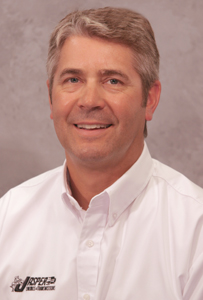 “2010 was a phenomenal year,” Doug Bawel told Associates.  “We hired 159 additional Associates and expanded our manufacturing capability by 12%.  2011 is poised to be even better.”  Bawel thanked all Associates throughout the company for their efforts with respect to Safety, Quality, Productivity, Customer Service and Reduction of Waste.

“We have a lot to be proud of, but we cannot rest on our laurels,” said Bawel.  “We have to take the training we have received, and the tools we’ve learned how to use, and apply them to our work each and every day in order to make JASPER bigger and better than ever.”

It was also announced that the Jasper Engines & Transmissions Board of Directors has reorganized by naming Zach Bawel as President and Chief Operating Officer (COO).  Zach has been Executive Vice President of Sales since 1999, and has 24 years experience with the company.

“I am looking forward to the future growth and opportunities that JASPER has developed, both within  the company, and through acquisitions that have helped JASPER diversify for the future,” stated Zach.  “We will continue to look for opportunities that add value to our relationships by providing other products and services our customers need and want.”

Zach Bawel takes over as JASPER president from Doug Bawel, who was named Chairman and Chief Executive Officer (CEO), a position recently held by 63-year JASPER Associate Gervase Schwenk from 1987 until his passing in 2010.

Doug stated, “This change in roles allows me to be more active in acquisitions, strategic planning and leadership development, and allows Zach the greater opportunity to become more intimately involved in the management of the company.”

According to Mike Pfau, Public Relations Director, “Zach has accumulated a wealth of experience in his 24 year tenure with the company.  For the last several years, Zach has been involved in additional facets of the company’s growth and will move comfortably into his new position as President and COO. Doug’s move to Chairman of the Board and CEO further reinforces the stable leadership that has become the cornerstone of our company.”