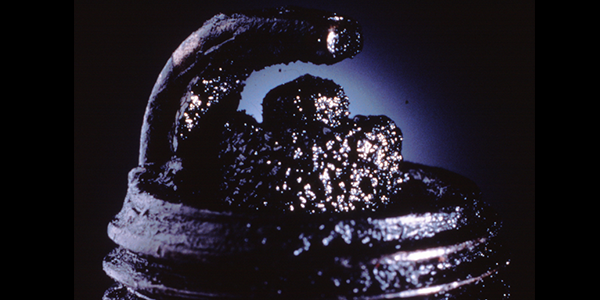 As a plug’s service life is coming to an end, or if the plug is suffering from an improper gap, symptoms of fouling may start to show.

Fouling is difficult to spot before it happens. This phenomenon can damage vehicles from the inside out, limiting ignition, acceleration and fuel efficiency, and though you can’t always prevent fouling, you can prevent the problems it presents. If you catch it in the early stages, it’s possible to mitigate its long-term effects.

So, what do the early signs of spark plug fouling look like? As a plug’s service life is coming to an end, or if the plug is suffering from an improper gap, symptoms of fouling may start to show. Once you get under the hood, you might be able to smell a rich fuel mixture, or you could see fuel on the electrodes. Oil residue on electrode tips is a telltale sign of oil-related fouling, and lead fouling is generally rare due to the vanishing availability of leaded fuels.

If fouling is not addressed, carbon will begin to build on the electrodes, and if you are running with a damaged plug, the electrode will start to change color from running at too high of a temperature. This higher level of stress can cause total plug failure over time, and before that, it can cost drivers in lost fuel economy and inconsistent starts.

When it comes time to replace a spark plug, mechanics generally subscribe to a plug-in-the-hole philosophy. Though OE plugs are a good fit operationally speaking, they may not be the ideal, long-term defense against fouling. Opting for higher quality metallurgy, like moving to platinum from copper or to iridium from platinum, is a stronger step in the right direction.

Where can you find an assortment of spark plugs, ranging from OE-equivalent to high-performance? From the trusted American manufacturer who has solely focused on spark plugs for decades. See which quality Autolite products fit each vehicle at https://www.autolite.com/parts-finder.

Sponsored Content: Questions You Should Start Asking Customers in the New Normal

The Importance of Worn Center Bearing Replacement
Connect with us