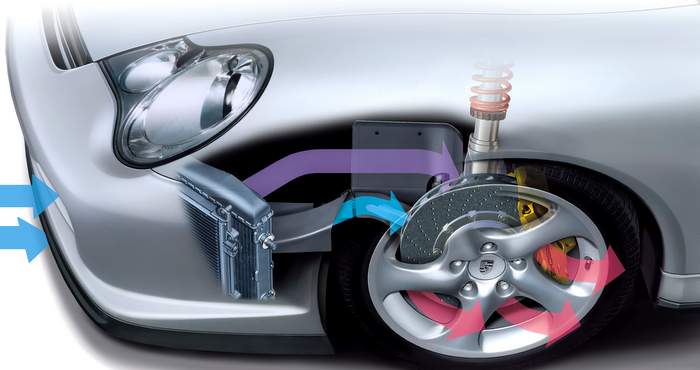 Considering that roughly 1,500 or more ­different vehicle models are introduced into our domestic market each year, it’s becoming more difficult to predict how a powertrain control module (PCM) will utilize data from a particular sensor or detect an out-of-range sensor in any single vehicle platform. The engine coolant temperature (ECT) ­sensor provides a good illustration of how many on-board diagnostic strategies have changed.

An out-of-range ECT ­sensor can affect the PCM’s fuel and spark mapping, variable camshaft timing, transmission, radiator cooling fan and evaporative emissions functions, so it’s important to develop an awareness of how the PCM ­­self-diagnoses the ECT ­circuit and how the ECT data is ­integrated into a vehicle’s ­operating ­strategy.

Much of an ­­­on-board diagnostic strategy ­depends upon the computing capacity of the PCM. Most pre-1996 OBDI and many early post-OBDII engine control modules (ECMs) and PCMs had only enough computing capacity to detect hard or intermittent circuit voltage faults.
In many cases, early ECMs ­didn’t have enough capacity to rationalize the performance of the ECT sensor with other data inputs. So, in some applications, an out-of-range sensor could affect the operation of many OBDII test monitors and the operation of many vehicle components without setting a trouble code. Remember that the ECT input is part of the freeze-frame data that accompanies most ­diagnostic trouble codes. 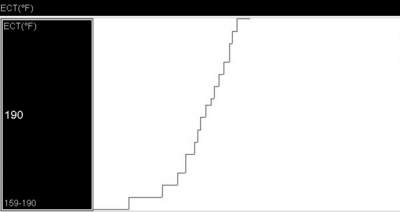 Diagram 1: The coolant temperature should rise steadily as the engine warms up. 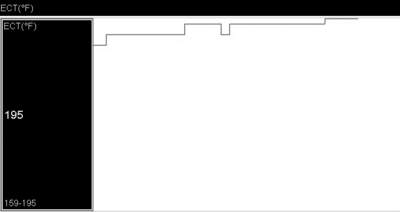 Diagram 2: The coolant temperature should level out as the thermostat opens.

Both temperatures are programmed into the on-board diagnostic strategy as the most extreme ­temperatures under which the engine might be ­expected to operate. The first ­series of “global” circuit-related codes include P0115 (ECT circuit fault), P0117 (ECT low input voltage), P0118 (ECT high input voltage) and P0119 (ECT sensor or ­circuit ­erratic).

Electrical failures include low ECT return voltages caused by corroded ECT connectors or, at another extreme, a low reference voltage caused by another sensor shorting the reference voltage circuit. In some cases, a P0116 DTC will be set if the PCM detects an error in the range or performance of the ECT sensor.

Presumably, the driver will see a “low coolant” warning light on his instrument cluster. A check engine light may or may not be illuminated and a DTC might set. In contrast, the stuck-open thermostat will cause a slow warm-up time and might store a P0128 DTC simply because the PCM sees a lower-than-normal coolant temperature for a predetermined length of time.

Because the ECT sensor gathers primary input data, practically all ECMs and PCMs are programmed to detect open and shorted circuits in the ECT­ ­circuit. But, when detecting an out-of-range ECT sensor, the actual ECT test monitor can vary among applications.

The PCM can, for example, measure the time, speed and load required to bring an engine up to a predetermined coolant temperature of, let’s say, 194° F. If the indicated ECT data hasn’t reached the ­desired operating temperature during a specific time limit, and at a specific engine speed and load factor, the PCM might set a P0125 (insufficient temperature for closed-loop operation) or a P0128 (coolant temperature below thermostat-regulated temperature), which in most (but not all) cases ­indicates a bad thermostat. If this diagnostic strategy sounds complicated, that’s because it is complicated, and also because it can vary widely among different applications.

Diagram 3: This sharp drop in the ECT signal caused the air/fuel mixture to momentarily lean out, which caused an intermittent, no-code stalling complaint on this 1997 Toyota Camry. This very same driveability complaint might not exist on a 2013 vehicle.

As ­illustrated by the 1996 OBDII vehicle example in Diagram 3 on pg. 32, an ECT sensor indicating a momentary dip in coolant temperature could result in a no-code, cold-engine driveability complaint. This happens because the PCM has increased fuel delivery to meet the fuel map for the indicated (not the actual) engine operating temperature.

If the ECT is indicating a lower than actual ­operating temperature, it’s possible that the PCM might increase the pulse width to enrich the fuel mixture only until the oxygen sensor provides a data input to the PCM so it can assume fuel control. With early OBD II vehicles, an over-rich condition might also depend on how much authority software engineers programmed into the PCM for the ECT input. On low-authority systems, the effects would be negligible, whereas high-authority systems show profound effects. 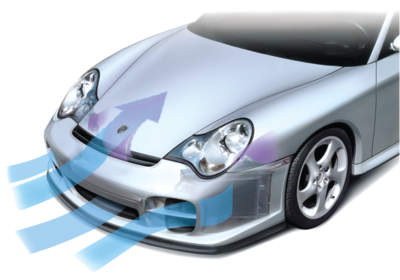 But, if the ECT ­resistance is lower than specification and is therefore indicating a higher coolant temperature, the PCM might assume that the engine is starting from a hot-soak condition when, in fact, it isn’t. This false data might cause a cold driveability complaint, and, among other things, possibly prevent the evaporative emissions monitor from running.

With 1996 vehicles, it’s also conceivable that an out-of range ECT sensor or stuck-open thermostat can prevent a DTC from being set for a defective oxygen sensor because the system never reaches closed-loop operation. Similarly, many 1996 automatic transmissions might not engage the torque converter lock-up clutch or transmission overdrive gear until the ECT sensor indicates that the engine has reached a specific operating temperature.

On the other hand, because modern heated ­zirconia oxygen or air/fuel ratio (AFR) sensors on a 2010 vehicle allow the PCM to assume fuel control practically as soon as the engine is started, the oxygen or AFR sensor has more authority than the ECT sensor for entering closed-loop operation. Multiple AFR and oxygen sensors also provide a backup data stream and allow the PCM to compare the data inputs of each sensor.

So, an out-of-range ECT sensor on a 2010 vehicle would likely not affect driveability or performance as much as on a 1996 model. ­Instead, the 2010 PCM might project a value for the ­expected engine temperature by monitoring ­enabling criteria like intake air temperature, ­engine speed and engine load. Furthermore, the additional computing capacity of the 2010 vehicle might allow its PCM to overlook a momentary glitch in the ECT data input (Diagram 3 on pg. 32) and ­instead simply store an ECT-related trouble code in its diagnostic memory. 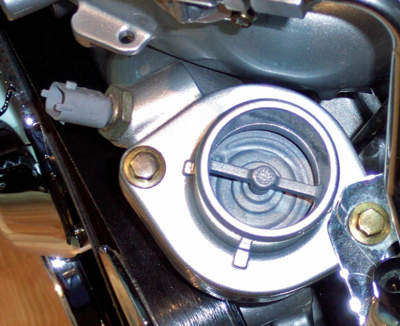 The simplest diagnostic strategy for diagnosing IAT and ECT sensors is to compare their data ­inputs after the vehicle has cold-soaked overnight. A ­second strategy can include using a scan tool to graph the ECT voltage. A third, but less reliable, method is to use an infrared pyrometer or “heat gun” to compare both intake air and engine cylinder head temperatures with the data stream displayed on a scan tool. But remember that due to the “reflectivity” of various surfaces, the heat gun ­approach will not indicate the exact temperature indicated on the scan tool.

Lastly, make sure you’re testing the correct ­sensor. The IAT sensor is usually integrated with the hot-wire mass air flow sensor assembly on most current vehicles. Many pre-1996 OBDI vehicles included a separate temperature sensor for activating the ­radiator cooling fans. Early OBDI and OBDII ­vehicles used a ­single-wire ECT sensor to supply data to the ­instrument cluster temperature gauge and a ­separate two-wire sensor to supply data to the PCM. Thanks to multiplexing, which makes it possible to share a single datastream among various control modules, late-model ­vehicles generally use a single ECT sensor to supply engine coolant temperature data to ­various modules.