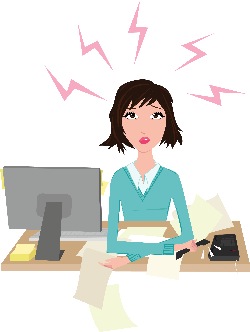 Some male patrons tend to want to “talk to the mechanic” verses talking to the front-desk person. Especially if that person is female. In my case, the front desk person is my daughter. She has seen it all and is very knowledgeable, I might add. Ask her a car question, any question, and she’ll have an answer for you.

The phone rang one day and my daughter answered it: “Good Morning, can I help you?”

“What I really want is to talk to tech,” said the caller.

Being a chip off the old block, my daughter likes to feel she is doing her job and that there is no need to “talk to the tech” because the tech is only going to ­repeat exactly the same information.

“Sir, I’m sure I can answer any question you have,” she said.

“Look, little lady, get me the tech. I’m not talking to some girl over a car problem.”

“What, you don’t think I can talk cars because I’m a girl?”

“Just get the tech.”

She puts the guy on hold and turns to me with those eyes, you know the ones that imply there is  “another male chauvinist on the line, Dad.”

She hands me the phone and clicks the hold button, then sits back in her chair, glaring at me.

“Sure can. I was referred to you by another shop. They said you are the best,” he said. “I have this noise coming from my engine. The other shop said you would know.”

I stayed calm and answered: “Well, I probably could figure it out.”

Now it’s time for the real fun, “Now, that I can’t ­answer for you sir, let me put you back in touch with the front office. They can give you that information. Hold a second while I transfer you back to the front,” I said with a grin.

“Sure, no problem,” the caller answered. You could tell he was quite proud of himself.

She got back on the phone as cheerful as ever and proceeded to set up a time and date that he could get his car in the shop. A few days later, as I was pulling into the shop parking lot, the guy was sitting in his car waiting at the front door.

I waved at him and unlocked the front door. He followed me in to the lobby as I was putting my lunch and laptop down in my office.

“How ya doing this morning?” I asked him.

“I’ve got my car out here,” he said. “It’s the one I called about that is making that noise.”

“Great, let’s fill out the invoice and get started on it,” I answered back to him. My daughter hadn’t made it in yet.

The repair wasn’t a big deal (belt tensioner bearing). The customer waited in the lobby for the job to be completed while my daughter took over in the front office for the day.

All said and done with, nothing was mentioned about the phone call. Perhaps, it didn’t need to be mentioned because us men took care of business. You know us men, we do “manly” things. It’s not important if the opposite sex doesn’t understand us because we’re men, and men don’t need to explain things to each other. Now, that statement isn’t funny at all. That’s the chauvinistic response.

It doesn’t sit well with me. I may be a guy, but I try to show respect to anyone and everyone who shows respect back. It’s not a gender thing at all. I have quite a few parts counter female friends who can rattle off a part number for a given vehicle before you can fully describe the part to them. They are just that good. That “sweet” voice on the phone is no indication of knowledge. That’s just a voice. Put a wrench in her hand and watch out, you may have met your match. But, I know a lot more jerks who think “men” are the only answer to car repair. This guy, well, it’s safe to say, he made that list.