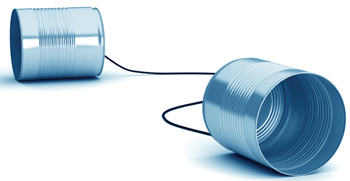 Do you remember when you played the game of “telephone” as a child, and the original information being conveyed was oftentimes totally different by the time the last kid commented?

Second-hand information can be misleading, even totally wrong. There’s always a chance it might be correct, but I wouldn’t count on it. It depends on where that information originated.

Just the other day a driver told his company dispatcher that his truck wasn’t providing any heat out of the driver’s-side vents. By the time the truck got to the shop the story was changed to, “There’s no cold air coming out of the passenger’s-side vent.”

Here’s another example. A few weeks ago, I had a problem come up regarding the condition of a car that was for sale. It was a low-mileage car, and had been sitting in a garage for nearly eight years without much attention. The owner’s father-in-law bought the car new before he passed away. The rest of the family had informed the son-in-law that everything was in tiptop shape. It definitely was clean, dent free, the paint still looked great and there wasn’t a blemish on the interior.

As with any of these “moth-balled” cars, the first thing that was an issue was the battery. When a battery sits for that long, it’s natural for it to become sulfated. So, the owner had it towed to a shop to have the battery replaced.

After the new battery was installed, it took a few cranks for the engine to start. After a few coughs and shudders, the engine purred like new, but the service light was on. (This seemed to be the major concern for both the seller and the buyer.) But, by the time the car arrived at my shop, the engine codes had been cleared from the PCM by the tech who had installed the battery. All I had to go on was the second-hand information that the owner overheard from the tech who had worked on the car.

“The mechanic told me it might need a tune-up, or something,” the owner proudly tells me.

It’s that “something” that bothered me. A tune-up, maybe, or I’m thinking it might be old gas, but what’s a “something”? It really doesn’t matter at this point as the buyer jumps into the conversation and says, “Do a complete checkup for me, and let me know if it’s worth what they want for it.”

There were numerous small problems to deal with, and a few major issues as well — everything from an ABS light staying on (which neither party mentioned), to a very poorly repaired alternator main positive lead. With the car in the service bay, you could hear the alternator whine grow louder and louder the longer the car ran, but at the battery terminals there was hardly anything in the way of a ­noticeable alternator output. What I did find was that between the alternator and the battery there was a large, homemade connection that was hot enough to fry an egg on. This was causing a rather large voltage drop between the alternator and the battery. In fact, the electrical tape surrounding it was almost completely melted off.

After explaining the ABS problem, the A/C and wiring issues, and all the other problems I found while checking it out, it was clear to me they were not going to purchase the car. And, once the owner finds out what I found wrong with his “tiptop” shape car, he’s going to blow a gasket, and I’m sure I’ll be on the receiving end of his frustration at the service counter.

Needless to say, before I could show the owner any of the results, I had a very upset individual at the service counter.

“I was told everything was in perfect working order,” the buyer shouts at me.

“Do you want to see what I found out? It would be a lot easier to show you,” I told him.

As I showed him the actual conditions, what he was told regarding the condition of the car came into question. It was only then that he knew he should have had a tech check it out, rather than relying on the second-hand information provided by the family.

Digging through the maze of hearsay information is what a professional technician does every day. And people will always interpret what anyone says into what they “thought” they heard, making our job as a professional tech communicating repair issues even more difficult.