Gonzo’s Toolbox: How ‘Bout Friday? What Happens When Customers Can’t Afford to Pick Up Their Vehicle – UnderhoodService 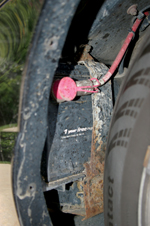 Of course, the customer can always have an issue with the cost. Sometimes, it’s not the cost of the repair; sometimes it’s the cost of dealing with that certain type of person. Either my sanity or my ­patience is going to be tested.

Financial worries aside, I find common sense is the one thing that tends to get thrown out the window with some regularity when it comes to mixing the customer and the car together. Let’s see what you think of this latest ditch-dodger of the public highways.

This dude has raised the bar of being ridiculous to a level that I don’t think anyone else will ever obtain. I’m pretty sure this gear grinder didn’t have all four tires on the ground.

A Chrysler Sebring was on the “hook,” apparently a “no-start” condition. It was supposed to be at the shop that afternoon, but that’s not quite how it happened; it was more like three days later. No phone call from the owner in the past three days to let me know what the delay was or a heads-up that it was getting towed in on this particular day.

The battery was totally shot. If you’ve ever changed the battery on one of these cars, you know what I mean when I say it’s a pain. (I think the engineers should explain this to the customers when it’s time to replace the battery instead of me having to tell them.) This isn’t an “in/out” job; not these cars with a couple of panels and some tight places to get your hands into. You think they could design a better place to put the battery. Why did they put it there? I can hear the engineers talking:

“Oh, let’s make it harder to change than it needs to be, you know those batteries never need regular service. Why it hardly ever needs to be replaced, so let’s put it in a cavity in front of the tire with a little plastic panel where road salt and dirt can’t affect it at all.”

The big problem might have been the battery ­replacement, but, then again, it’s not. It’s the owner. With the tow charge, battery install and the cost of the battery all added up, the only thing left to do was to get this road jockey back in the ­saddle. I gave him a call and he answered, “I’ll get back to you.”

“I’ll get back to you…” went on for another week of his vehicle sitting in the shop. Now, I normally don’t keep cars this long without getting riled up over the space it takes up in the shop. I tried to call, but he would never answer. I didn’t want to leave it outside, and, it never failed, the shop was getting busy and the old Dodge would end up in the way more times than not. Then, another week went by, with the owner not calling back or returning any messages I left.

Finally, on a Monday, two weeks after the car had been brought in, the customer finally called. 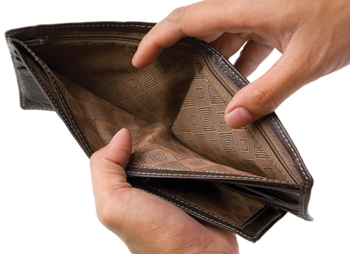 I gave him the total once more, and a complete rundown on the test results. He seemed to understand, and I wasn’t expecting any problems from here on out. I should have known better than that; this isn’t the first time I’ve been stuck with a car in the shop.

“Can you have it done today?” he asks.

“Sure can,” I told him (Of course it was already done; how else could I have had moved the car for the past two weeks?).

“I take it you’ll be picking it up today? It’s been here for two weeks already, you know.”

“OK, well…how about Wednesday? Can you have it done then?”

Now, how did Wednesday enter into the conversation? Must be an issue of when he can get a ride, or maybe his financial situation is in jeopardy until Wednesday.

“It’s been here for two weeks, which should have been plenty of time for you to pick it up or decide on what to do. You never returned any of my calls, and I don’t have room to just keep moving your car around and around. Besides the fact that I kept it inside at night for security purposes.”

“Do you charge for storage?” he asked.

“Yes, I do, but if you make an effort to pick it up today, I’ll waive the storage fees.”

“OK, so you can have it done by today, right, and if I pick it up today you won’t add any storage charges?”

“If you pick it up today, I don’t see a problem with that. I need the room in the shop.”

This is great, I’m thinking to myself: “I’m going to finally get this thing out of here.”

Then, he blurts out the most unusual request I’ve ever heard:

How in the world did we go from Wednesday to Friday all on a Monday? Has this curb-hugger just had some drastic change of events again?!

“Uh, sir, that would be even more additional storage charges,” I told him.

“What’s the storage charges for?” with a questioning tone, as if he never heard a thing we were talking about earlier.

I’m not sure what’s going on, but before we finished our phone conversation, I was left with the impression he was going to be picking it up today to avoid any storage charges.

Now wouldn’t ya know it? After the car sat in the shop for two weeks, and without a word from this ditch dodger, he shows up at the shop 30 minutes after I hung up the phone.

I’d like to think that the rest of this guy’s life is going to be better than this. After personally meeting this dipstick, it wasn’t hard to tell he didn’t have things hitting on all cylinders. What a goober… I’m just glad he’s out of my shop and back out there in the world.