Gonzo’s Toolbox: Found It On the Internet – UnderhoodService 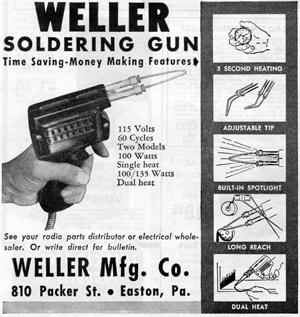 A customer comes into the shop the other day with a handful of papers about his car. Each page was full of information and diagrams pertaining to a repair. He was extremely proud of himself, and proceeded to tell me how he found this wealth of knowledge on the Internet.

Needless to say, this guy was insistent that I take a look at this information, and read up on what I was to do. As it turns out, what he was looking at was some sort of way to correct a faulty dash circuit in a Lexus. All the pages were very detailed in the descriptions about how the repair was to be accomplished. From the few quick looks I took of the information, it appeared to be a bypass to the dash circuit by soldering a wire from one part to another.

The one thing I thought was a little quirky was the solder gun the demonstrator was holding in the photos. It was an old Weller soldering gun, the kind with the little light bulb sticking out below the soldering tip. I haven’t used one of those in years. Those old Wellers were great for putting together your electric “erector set” motor leads, but I certainly wouldn’t use one on a tiny solder joint on a modern circuit board. 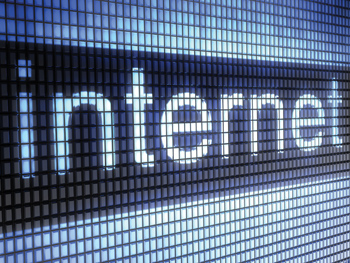 I pointed it out to my all-so-proud and all-knowing customer, but he didn’t see it as a problem. He was more interested in the results. I, on the other hand, wanted to know what information other than these few pieces of paper he had could back up his claim that this was going to fix his problem.

“Sir, I really think I should test your car before I take the dash out,” I told him.

“No, I’ve already had it checked out at the dealership. They want to sell me a new dash, and I’m not doing that. It’s way too expensive. That’s why my friend and I found this on the Internet. I’m absolutely sure this will fix it.”

I read the material he brought a little more carefully and, I’ll have to admit, it did sound convincing, but I still had my doubts.

“I’ll even take the dash out and bring it to you,” my proud customer went on to tell me.

He’s going to help me out? The one thing that is probably the “most likely not” to get screwed up in this whole ordeal is the one part he wants to help me with.

“Sir, if you’ve got the dash out, and you have these drawings and directions, why don’t you get a soldering gun and make the repair yourself?”

“No, I’d rather have a professional do it,” he said.

I guess that means me. I can’t imagine what “professional” would take on a project based on the information I had in front of me.

“Sorry sir, that’s not going to happen. I would rather diagnose it, repair it or replace the dash according to the information I have. I can’t take the word of some website that this is going to work. You’re just assuming this information you found on the Internet is correct. I can’t take the chance, even if you tell me that you wouldn’t hold me responsible if it didn’t work.”

With that, my proud customer gave me the stare of shame. You know the stare, that glare from across the room, the mumbling under their breath and snarling Elvis lip quiver.

After the customary stare and glare were over, he gathered up his paperwork and headed out to his car without another word. I don’t know what he ever did, for all I know he found somebody else to do it. At least it wasn’t me. Maybe if I do some checking myself, I might find out this guy was right and it really did work.

At least then I could say…“I found it on the Internet.”