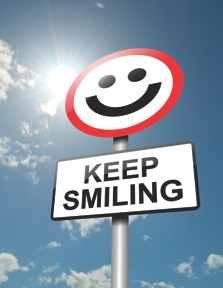 Did you ever notice some people have an excuse for just about anything? Did you also notice how some people have a quirky explanation for the problems with their cars? I sometimes wonder what some of these folks would think if they actually heard themselves from my side of the counter.

I’ve heard it all (or, at least I think I have.)…nothing surprises me any more. So, I thought I would jot down some of the wacky problem descriptions and customer requests I’ve heard over the years. For those who work on my side of the repair counter, see how many of these you’ve heard before.

Here are a few of my all-time favorites:

“It’s not intermittent; I know it does it sometimes.”

“I drive my car a lot, and it does this every day; last time it was a month ago.”

“My car is going to blow up…I heard it ticking.”

“Every time I shut my car off, it won’t start.”

“My brother used to be a mechanic, so he knows everything.”

“I can’t afford the repair, so just fix what’s broken.”

“I don’t want this car to last forever. I just want it to last long enough until I can afford one that will.”

“The tail lights went out on my car.”
– “When did you notice they were out?”

Two weeks after a customer has called, he arrives at the shop and tells you, “I’m the guy who called yesterday.”

“I need to pick it up today.” (Closing time comes along, and they are nowhere to be found.)

“My car is having issues.”

“I’ll have to wait on it, even if it takes you all night to fix it.”

“All you mechanics are alike!” (I have a twin?)

“I should have learned to fix cars, so I could tell you what’s wrong with it.”

“You’ll have to work around my dog, he stays in the car.”

“I saw smoke coming out of my vents, so I poured water down them. Now when I turn on the blower motor it gurgles in the car.  Did I do that?”

“Here are the keys. It’s the blue one sitting out front.” (There is only one car out front… and it’s blue.)

Never a dull moment at the repair shop, that’s for sure. Oh, there are more wacky comments that I could add, but I think I’d run out of room to write them down. I’d like to think each and every one of us at some point in time said something stupid to a service person. I know I have, and I’m sure with my wacky sense of humor they’d be talking about it for a long, long time.

You just have to laugh at the comments after a while. You can’t take it too seriously, or you’ll just drive yourself crazy. Next time you get somebody at the counter and he or she wants you to take a guess at a repair rather than actually diagnose it…tell him or her what I say. “Sure, I’ll take a SWAG at it.” And when they ask, “What’s a SWAG?” you can tell them: “Scientific Wild $%# Guess.”