Gonzo’s ToolBox: A Jack of All Trades? In This Business, it Pays to Be a Master of One – UnderhoodService

It pays to be a jack-of-all-trades when you’re a homeowner, and it doesn’t hurt to have a little knowledge about the family transportation either. I’m pretty handy around the house, so, in a way, I guess I’m sort of a jack of all trades too, but I definitely wouldn’t call myself an expert. I know my limitations, and I know when it’s time to call in the pros. 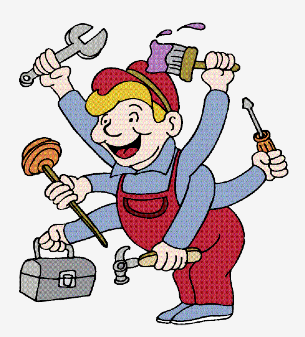 When I’m on the other side of the wrench, I’m the professional, and I see a lot of those home-brewed repairs come into the shop every day. But it’s not just the DIYers who can be a problem. The same thing holds true when it comes to the sub-standard repair shops and their so-called “mechanics.” I’m referencing those who don’t keep up with the technology, but who are working on today’s cars without any scanners, scopes or proper information. Drive by and you’ll see the same cars in the same spots in front of their shops for weeks at a time. Of course, I don’t really know the circumstances of why so many cars are left in the lot, but, to me, that frontage real estate is too valuable to be used as a parking lot for cars that aren’t making me a living. Ask the locals in the area, and you’ll find most of them won’t take their cars there.

I call these shops the true “jacks of no trades.” They’re your typical repair shop that’s pretty handy at banging something apart and figuring out how it works, without any training or reading a tech manual. I’ll bet if you took them your toaster and your Accord, chances are they’ll eventually have them both repaired…if you can wait that long. For the most part, these guys can get by for quite some time, but, sooner or later, they’ll have to give up on the car and find somebody who knows something about that particular type of problem.

When the phone rings and it’s a shop I’ve never heard of with a technical question for me, it doesn’t take me long to determine what kind of repair shop they really are. Listening to how they explain the problem or how they tested for the problem gives me enough clues about their abilities.

“I’ve got one I’m sending your way. I think it needs a new starter, but it’s one of those “import” engines, and I don’t have the tools to get to the starter,” one of those bright tool jockeys tells me.

In some ways, I guess there has to be these types of shops out there. Where else would that type of car owner go — the one who is looking only for cheap parts, cheap labor and cheap results? (The car in question did make it to my shop. The motor was locked up, so it needed more than a starter.)

Trusting today’s modern cars to a shop like this is just asking for trouble. With the amount of advanced electronics and tight engine tolerances, even changing the oil can lead to major problems, not to mention swapping parts without prior knowledge of what it may involve as far as reprogramming or security issues.

I find it hard to comprehend how the general public believes all technicians are created equal. In some quirky way, I really believe they think that. It’s the only way I can make any sense as to why repairs for the trusted family vehicle are left to the less experienced tech/repair shop, just to save a buck or two.

The other day a lady called the shop with exactly this type of situation. Seems her vehicle won’t shut off once it’s started. One shop put in a new computer, one shop tried a new starter, and another put in a new battery. But, the engine still wouldn’t shut off. The last guy tells her he can’t find the problem, and shows her a fuse she can pull that would shut off the engine. She goes on to tell me, “I had my car at several shops, and they tried everything they can think of, but it still hasn’t fixed my car. I’m out of money, so I need to know what you’ll charge me to fix it, before I bring it in.”

“How about we run some tests on it first to find the cause of the problem?” I asked her.

No dice…there was no money in her budget for testing. Too many people still think you fix cars by the amount of dollars they have to spend, and that any problem can be estimated over the phone. It’s all that matters to them and they see no reason to pay for your diagnostic time.

Then you have the so-called “family jack-of-all-trades.” He’s the most dangerous one of them all. He’ll take six months or more to change a head gasket or something. Then, when the owner does get his/her car back, it still isn’t right. Now, the owner doesn’t want to upset the family, so he/she usually won’t say anything, and will just bring it in and have me diagnose it. When I finally get a chance to examine it, I find he failed to replace the original head bolts with the ones that came in the gasket set.

“I didn’t change them because the original ones looked good enough to reuse,” the family mechanic will tell me.

Once I straighten out (teach) the so-called “family jack-of-all-trades” on what stretch bolts are all about, the car ends up going back with the same guy for another six months just because “he’s family…and he’ll take care of it.”

After years of seeing the same thing happen over and over again, I really think there should be a way to separate the “good jacks” from the “bad jacks.” I know a lot of great techs out there, but I know a lot more who I wouldn’t let near my screwdriver drawer. Certification is a step in the right direction. It’s a way to give the customer, techs and other businesses an idea of what kind of person is behind the wrench.

Some guys don’t want to have the intrusion or some badge on their arm, just to prove they ­understand the complexities of their job. Let me set the record straight. Certification tests are not for the one in a million guy who knows “everything,” nor are the tests set up for the beginner to pass. These tests are designed for the knowledgeable tech with reasonable experience in the field. They’re not for the socket jockey who fixes everything by smacking it with a 3-lb. sledge.

I look at it this way: this arm patch I have that says Automotive Master Technician isn’t for me. It’s for that lady with the locked up engine; it’s for that shade-tree guy who fixes all the relative’s cars and the shop down the street that needed some help.

That blue seal outside my door doesn’t change my abilities at all, but it does let the customer know they are dealing with a professional.

Some techs may say that certification isn’t the answer; some will say it’s not necessary. That’s an opinion this jack-of-all-trades can answer with…“Well, at least I can prove I’m the master of one.”