GF-6 Delayed Again: What Does It Mean For You? – UnderhoodService 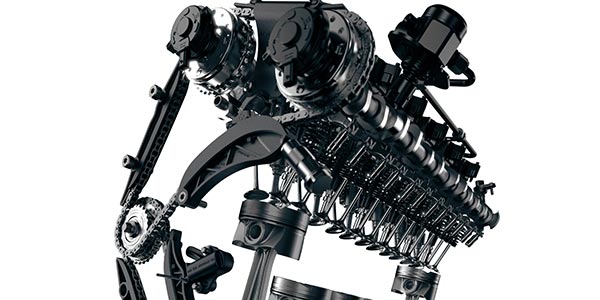 If you’ve been waiting on the first license for the new GF-6 oils, prepare to keep waiting. This new oil spec that was first slated to be licensed later this year, and later postponed until April 2018, has now been projected to be delayed until 2019.

Gabe Rhoads, global passenger car business manager, Lubrizol Additives spoke with Underhood Service about what the delay of GF-6 means for repair shops and what technicians can do to prepare in the interim.

Q: What is the current state of the ILSAC GF-6 development?

A: There has been significant progress and test developers continue to work diligently on the proposed ILSAC GF-6 specification. However, the number and complexity of tests under development continues to push back completion of the GF-6 standard.

Based on today’s progress, it is estimated that licensing will occur no earlier than spring 2019.

Q: What are the implications for the GF-6 delay?

T/GDI engines operate at sustained high temperatures and pressures. While great for fuel efficiency, this environment can lead to a phenomenon called low-speed pre-ignition, an abnormal combustion that can lead to engine failure if left unchecked. T/GDI engines also produce a unique carbonaceous contaminant that causes soot and contributes to accelerated timing chain wear.

Once GF-6 is complete, vehicle owners will have access to more lubricants designed for T/GDI engines.

Q: Are drivers aware of LSPI?

A: Not generally, even though OEMs have begun to see more performance issues in the field related to LSPI. Most drivers with a T/GDI engine are unaware of LSPI and the catastrophic engine failure that it can cause.

Actually, to a driver, LSPI can resemble traditional engine “knock,” a common issue seen in older vehicles. LSPI is an abnormal engine combustion that can cause severe damage to an engine. But often, LSPI goes undetected until it is too late. For that reason, it has become critical that OEMs and vehicle owners have immediate solutions.

A: Although GF-6 is delayed, Lubrizol and some OEMs have already brought solutions to the market to mitigate LSPI.

These solutions include advanced additive technology solutions specifically designed to address LSPI and chain wear performance throughout the oil drain interval, all while maintaining GF-5 requirements.

Q: What can service shops do to ensure drivers are getting the right lubricant?

A: We understand the important role technicians play in guiding their customers’ lubricant selections. One of the most effective messages for vehicle owners is that advanced T/GDI engine technology requires advanced lubricant technology. We encourage shops to stock engine oils that protect against LSPI and accelerated timing chain wear in preparation for the growing number of T/GDI engines on the road.

Q: Are there ways to avoid delays like GF-6 in the future?

A: The prolonged delay in GF-6 serves to highlight the need for a change in how engine oil specifications are developed, used, deployed and licensed in a broader sense. The current process is complex, slow moving, expensive and often lags behind advancements in engine technology.

OEMs and vehicle owners may have real engine performance needs that cannot wait for the traditional specification development process. Developing lubricant technology in tandem with engine technology would be a significant improvement and would help to avoid the delays seen with GF-6.

OEMs have a vital need for higher performing lubricants to be available when advancements in engine technology occur. For that reason, OEMs are expected to develop their own proprietary specifications as GM has done with dexos1TM Gen 2.