By Underhood Service Staff Writers
May 30, 2012

A fire on Tuesday destroyed Hazen Auto Repair & Custom Exhaust in Helena, MT. When firefighters arrived, employees were busy removing items from the shop. According to a news report, an employee was working on a vehicle in the shop when the fire started.

Below is the article as it appeared on the Independent Record website. 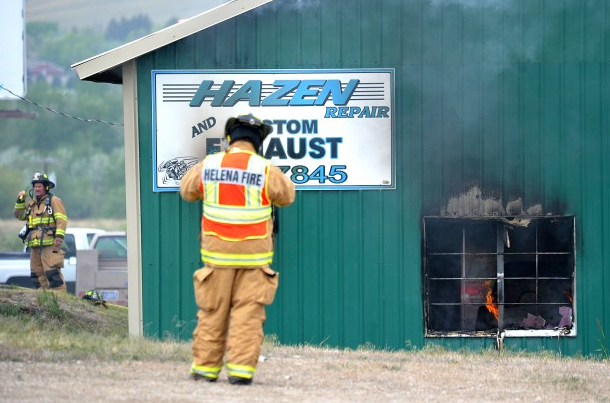 “Before we even got on scene, there was black smoke visible,” said Bob Harvey, battalion chief with the Helena Fire Department.

Flames shot out of the windows of Hazen Auto Repair & Custom and smoke billowed from both ends of the building at around 11:30 a.m.

Harvey said when fire crews arrived, employees were removing motors and other car parts from the building at 2296 Euclid Ave. One of the employees was treated at the scene for smoke inhalation, Harvey said.