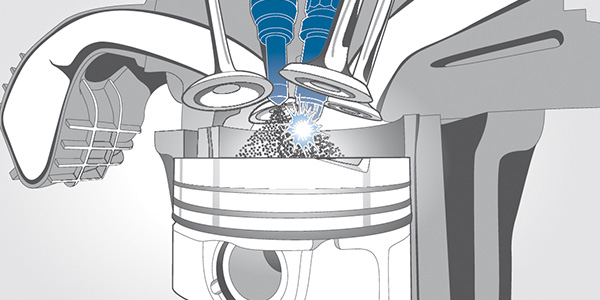 The perfect internal combustion vehicle would be able to put the exact amount of fuel and air into the combustion chamber. If the perfect combustion event were to occur, you would get nothing more than water and carbon dioxide as byproduct. There would not be any unburned fuel or oxygen. Combustion would occur at the right temperature so oxides would not combine with nitrogen and carbon to form nitric oxides (NOx) and carbon monoxide (CO). This perfect car would not need a catalytic converter or any other emission-control device.

The perfect internal combustion vehicle would be able to put the exact amount of fuel and air into the combustion chamber. If the perfect combustion event were to occur, you would get nothing more than water and carbon dioxide as byproduct. There would not be any unburned fuel or oxygen. Combustion would occur at the right temperature so oxides (“hyperactive” oxygen turned on by higher temperatures) would not combine with nitrogen and carbon to form nitric oxides (NOx) and carbon monoxide (CO). This perfect car would not need a catalytic converter or any other emission-control device.

But, the most important ingredient you would need is an engine control computer and sensors that could measure air and fuel perfectly to calculate the best possible ignition timing and optimal combustion. This would require the super computer’s computing capacity to do millions of calculations that would constantly change due to engine speed and load.

We do not have this technology, but every year combustion chamber designs get better, engine computers get better and sensors get more sensitive.

In the meantime, we have exhaust gas recirculation systems (EGR), secondary air injection and catalytic converters to reduce emissions

EGR Systems
These systems put a small amount of inert gas into the combustion chamber to control the temperatures. Since exhaust gases do not typically burn, this lowers the combustion temperature and reduces NOx emissions from the engine.

Unlike older EGR systems, modern EGR systems work constantly, not just during deceleration or closed-throttle conditions. Keep this in mind when trying to solve a loss of power or stumbling problem. 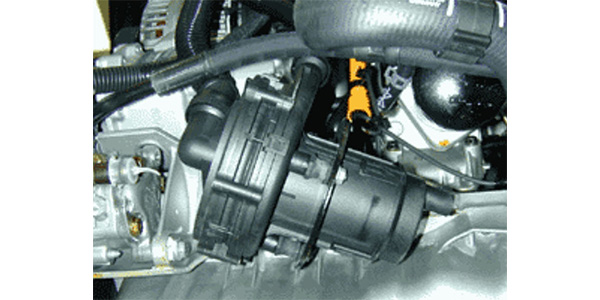 Secondary Air Injection Systems
Secondary air injection systems pump outside air into the exhaust stream so unburned fuel can be burned. Early systems have a belt-driven air pump. Newer aspirated systems use the vacuum created by an exhaust pulse to pull air into the pipe. The latest systems use an electric motor to pump air. These systems are critical for the life of the catalytic converter.

Electric motor systems can be found on many new vehicles like the GM LS series, Toyota V8s and California emission Ford 3.8 V6s. These systems typically are active during the first 20 to 120 seconds of engine operation by forcing air downstream into the exhaust manifolds to oxidize the hydrocarbons and carbon monoxide created by running rich at startup. This can drastically decrease the light-off time for the pre-catalysts. The system injects the correct amount of air using inputs like coolant temperature, air temperature and oxygen sensors.

Catalytic Converter
The catalytic converter needs two elements provided by the EGR and air injection systems: proper temperatures to reduce NOx and oxygen to burn hydrocarbons. Under ideal conditions, a three-way catalyst can reduce somewhere between 50 percent and 95 percent of NOx emissions and 99.9 percent of the unburned fuel.

It is the last stop for pollutants, and, if an emissions system upstream is compromised, it can compensate only so much before tailpipe emissions increase. 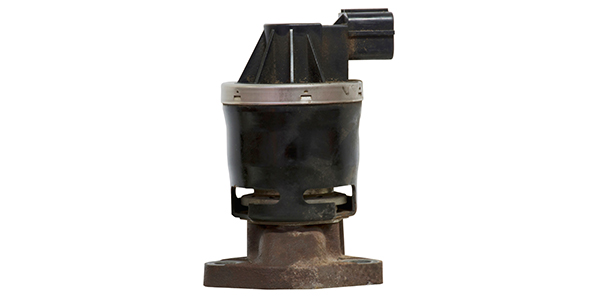 Diagnostics
To properly diagnosis a high-emissions vehicle, you must look at it like an engineer looking at the entire system, from the air intake to the exhaust pipe. When a vehicle is engineered, it must meet a specified emission level. To do this, an engineering team will balance the systems and make them work in harmony so the price is affordable.

If a vehicle has a combustion chamber design that has higher-than-normal temperatures, the engineers will balance out the amount of exhaust gases introduced to the combustion chamber to the size of the converter so the vehicle meets mandated emission levels and the warranty period.

If platinum, palladium and other precious metals were not so expensive, we would probably see larger converters and fewer emission-control devices that focus on what is happening inside the combustion chamber. But, with platinum prices around $1,300 an ounce, this is not a viable economic solution.

If your shop is replacing a failed catalytic converter without addressing the problems upstream, you are also using a solution that is not economically viable for the consumer because they will have to replace the converter sooner.