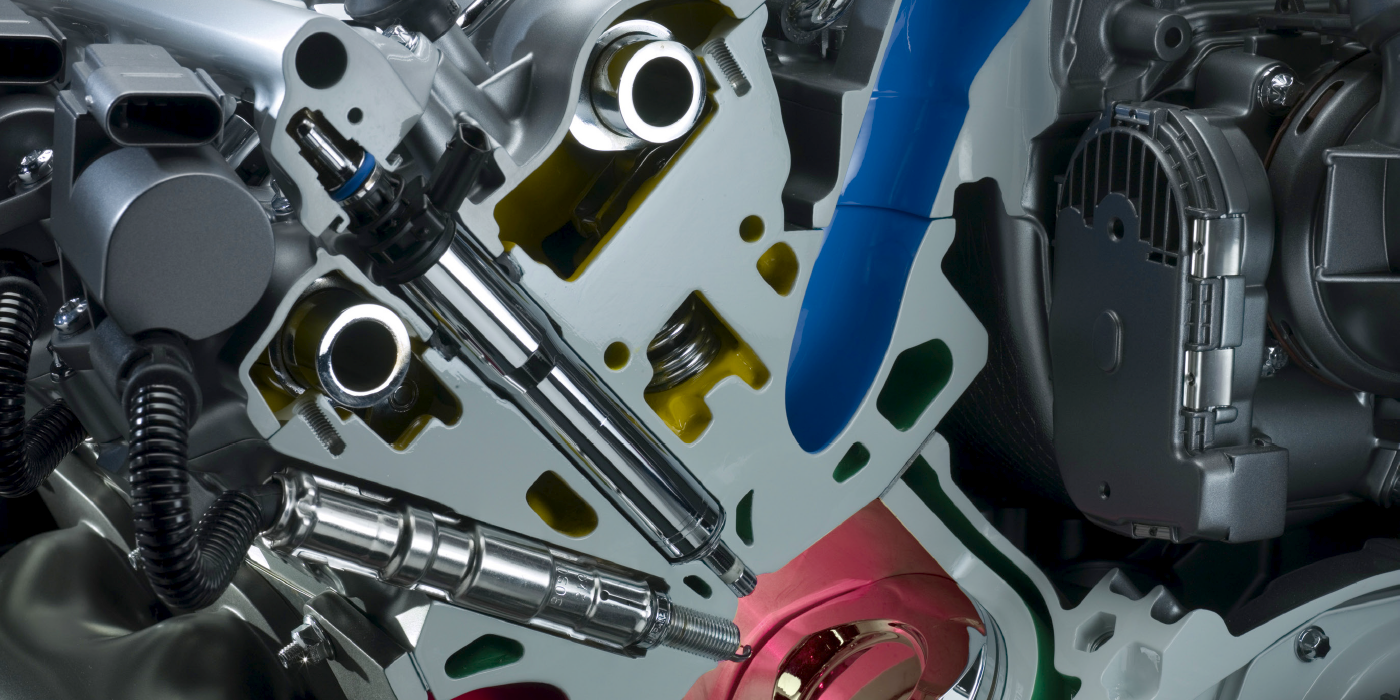 Direct injection can be a diagnostic challenge, but with the right foundation, problems can be solved profitably.

Direct injection is becoming standard on more and more late-model vehicles. These systems can be a diagnostic challenge, but with the right foundation, problems can be solved profitably.

Years ago, all a low-level technician needed to diagnose a fuel problem was a set of “noid lights,” a fuel pressure gauge and maybe a meter. These tools can’t be used on direct injection systems because of higher pressures and changes in the injector location and technology.

Voltages from the injector drivers can range from 30-120 volts depending on the system, and pressures can go as high as 2,300 psi. The go-to tool for direct injection will be a scan tool that can look at special direct fuel injection parameters and perform bi-directional tests.

Some of the tests are the same, such as the injector balance and load testing, but more insight is needed into how the placement of the injector and the high-pressure fuel pump play into driveability diagnostics.

By directly injecting into the cylinder, the system avoids the inconsistencies of fuel splashing onto the back of an intake valve. Also, fuel droplets are much smaller in a direct injection system than they are in a port fuel system – so small they are almost vapor. These smaller droplets help to remove heat from the combustion chamber in order to lower temperatures and use leaner mixtures. Direct injection systems reduce cold start emissions and enter into a closed-loop condition sooner than port fuel injection systems.

The pressure differential on the direct injection engine is much lower than on port fuel engines. A small vacuum leak past the throttle body can have larger ramifications for direct injection.

You will never find a Schrader valve or port to measure pressure on a direct fuel injection system, even on the low side. If you were able to tap into the low side with an analog gauge, you would see pressures rapidly changing as demands on the engine changed. If you managed to splice an analog gauge into the high-side pump, the needle would be pegged. The splice would eventually leak, and the pressure coming out of the leak would be so great the stream of fuel could cut through skin and bone. This would be followed be a fireball.

Direct injection pressure is measured with sensors, and the signals are used to determine pump speed and/or volume. So, you’ll need a scan tool to look at the pressures.

Most direct injection systems use piezoresistive pressure sensors on the low side of the system. The silicone chip element generates a measurable electrical voltage when pressure is applied, increasing as pressure increases. The ECM will turn the voltage into a calculated pressure that has a ±2% accuracy. Measuring the values with a scope or meter will not yield any important information, so always look at the value with a scan tool.

High-pressure sensors may use a metallic membrane on a resistance bridge. When pressure is applied, the bridge generates a change in resistance that will cause a change in the applied voltage.

The ECM is supposed to ensure the fuel pump is supplying the correct pressure to the high-pressure pump. The ECM will pulse the low-pressure pump so that the correct pressure is generated. The system typically has a regulator and no return lines. Some systems even have integrated temperature sensors in the lines that are used to calculate the density of the fuel so that the fuel trim can be tuned to the amount of energy in the fuel.

The low-pressure, in-tank pump is typically controlled by the ECM with a pulse-width modulated voltage signal. Its main responsibility is to provide the correct volume and pressure to the high-pressure pump. With this arrangement, there is no need for a return line.

The high-pressure pump on a direct injection engine shares more in common with an ABS modulator pump than mechanically driven fuel pumps.

Mechanical pumps use pressure and other engine-related information to determine output, which is controlled by an actuator, typically on the intake side of the high-pressure pump. When there is no voltage applied to the solenoid, it will revert to the low-pressure setting.

This pump is precision-machined to generate fuel pressure to the rail up to 2,500 psi. Fuel lubricates the internal parts of the pump, and if the fuel system is dry, the pump can be damaged. Debris from a failed filter or pump that makes its way to the high-pressure pump can also cause damage.

With more than 2,000 psi on the backside of an injector, and combustion pressures on the other, more than 12 volts are needed to pulse the injector. Most direct injection systems use a capacitor and voltage inverter to create voltages that can range from 40 to 100 volts, depending on the system. It’s possible to view the output of the driver using an induction clamp.

If the ECM detects a problem, it will shut down the injector and driver for the sake of self-preservation. This is why it may be impossible to observe a faulty injector in operation on some systems.

A direct injector is under a lot of pressure, so leaks can happen. Some leaks may occur when the engine is resting, which will cause severe carbon buildup and a rich fuel reading.

When an injector is not firing, the affected cylinder becomes an air pump that forces large amounts of oxygen past the air/fuel ratio sensor. This can be viewed using a scope. The ECM can match the exhaust pulse to engine timing to determine the faulty cylinder.

Engineers are building test cylinders with ruby quartz windows and are using the best high-speed cameras in the world to determine the best possible combustion event under different loads. They want to tune the perfect combustion event in which all the fuel is burned and the lowest amount of emissions makes it to the converter. This quest for perfection will become a diagnostic challenge for technicians in the years to come.

As engineers squeeze every bit of energy out of a droplet of fuel, every element in the system is operating on a razor’s edge of driveability problems. For example, a little bit of carbon on an intake valve can cause the air going into the combustion chamber to be turbulent and cause some of the fuel to condense and burn unevenly. Or, a small vacuum leak could cause unmetered air to enter into the combustion chamber. Even a small change like an air filter may throw off the combustion even.

Port fuel injection motors compensated for these issues because they were expected to be somewhat inefficient. They had lower compression ratios and larger catalytic converters.

Now, every little item, from the condition of the spark plugs to the type of fuel used, is essential for a diagnosis. Worn parts and missed maintenance can cut into the diagnostic margins.

Veteran technicians can probably look at the data stream for timing, fuel trim and oxygen sensor values to determine the health of an engine or spot a problem before a vehicle turns on the check engine light. For a direct injection engine, some events you see will not match conventional wisdom. You will be amazed at how lean the system will run, how much ignition timing can change and when the injection event will happen.

Parts-swappers should stay away from direct fuel injection. The parts are expensive and the majority of driveability problems can’t be solved with just one part or procedure. Technicians who look at the entire system and deduce where a problem originated will be ahead of the game.

Do You Know The Three Types Of TPMS Relearns?

New Surprises Around Every Corner

Diagnostic Solutions: Starter And Battery Diagnostics
Connect with us

Video: VIDEO: Why Do Oil Filters Have Anti-Drain Back Valves? 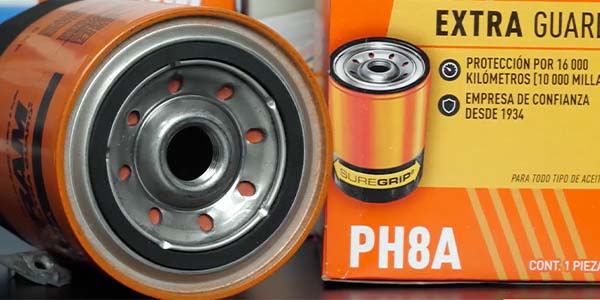 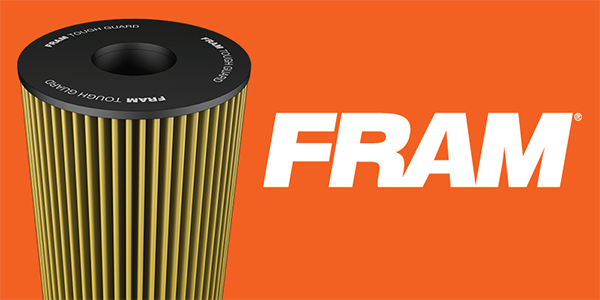