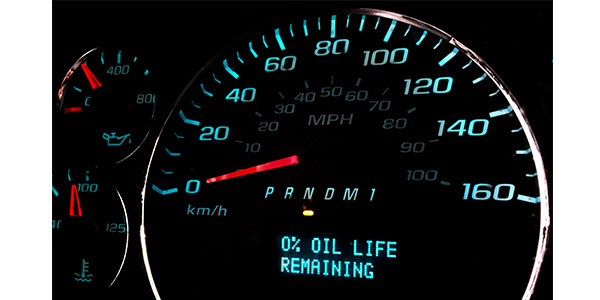 Nothing is more frustrating for a customer than getting in a vehicle after an oil change and seeing that the oil life monitor has not been reset. Either the technician did not realize the vehicle had a reset procedure, or they did not want to look it up. But, it is safe to assume that every 2007 and newer vehicle has a reset procedure. 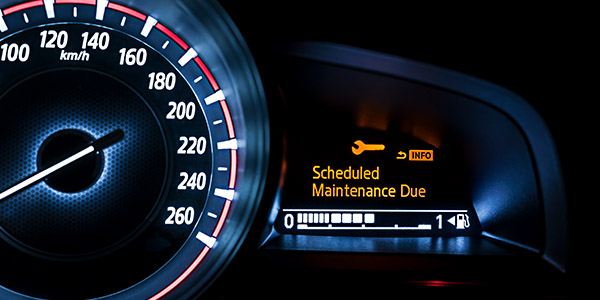 Maintenance reminders for oil changes have been around since the early 1980s. Early systems from German and Japanese manufacturers looked at mileage and maybe revolutions of the engine. Today, it is difficult to find a vehicle without a light, warning messages or percent of oil life indicator to get the driver to change the oil.

Mileage-based systems estimate the life of the oil based on a preset mileage recommendation that can range from 5,000 to 7,500 miles. It can be an effective reminder for some owners, but it does not take into account severe-duty operation or a customer who only makes short trips.

Calculation-based or intelligent oil life monitors use multiple inputs to determine the health of the oil. GM’s first Oil Life Monitor (OLM) that used more than just mileage to determine the interval appeared in 2007. Chrysler was not far behind in 2008. Ford had an intelligent system on most vehicles starting in 2011.

Systems from GM, Ford and Chrysler are basing the oil change interval on actual data from the vehicle. At the heart of the equation is still mileage, revolutions and hours of operation. But, these systems also log oil and coolant temperatures to see if the engine has had time to burn off condensates in the oil. Some systems also use calendars to determine if it is time to change the oil. If the date is not set in the driver information center, the oil life monitor might not work.

The most important thing to remember is that these estimates on the health of the oil are built around specific oils recommended by the automakers. Since the vehicle has no idea about the specification of the oil, it is critical the oil matches the oil life monitor.

Reset Procedures
Nothing is more frustrating for a customer than getting in a vehicle after an oil change and seeing that the oil life monitor has not been reset. Either the technician did not realize the vehicle had a reset procedure, or they did not want to look it up. But, it is safe to assume that every 2007 and newer vehicle has a reset procedure.

These procedures can involve doing the hokey-pokey with the keys, buttons and gas pedal to go through menus in the driver information center. Some have three steps, while others have up to eight that have to be performed with military timing.

No matter the reset procedure, information is vital when resetting oil life monitors. Chances are the information is in the owner’s manual of the vehicle. But, do you want to be rummaging around their glove box and trying to find the right page?

Service information databases are getting better about putting the reset procedure front and center with an icon on the page after you select the year, make and model. The procedure can change depending on the model year or engine, or even the infotainment option.

GM
The GM’s oil life monitor made it onto many of the 2007 model year vehicles. The system has an algorithm that looks at many parameters from the ECU and other information including ambient temperature.

GM Dexos1-approved oils are recommended for all 2011 and newer GM vehicles with gasoline engines. They are designed to work with the oil life system in GM vehicles. These oils are engineered to reduce carbon deposits in the combustion chamber that can occur in some Ecotec engines.

GM revised Dexos1 specifications in 2015. Oils that meet this standard are often labeled Dexos1 Gen2, but many oils do not include the Gen2 on the label due to confusion with Dexos2 oils for diesel engines. Dexos1 Gen2 oils are formulated to reduce incidents of low-speed pre-ignition (LSPI).

Chrysler/Fiat
In 2008, Chrysler started using intelligent oil life monitors on a limited number of vehicles. Today, most Chrysler and Fiat vehicles have an oil life monitor. Resetting can be performed with the EVICs (driver information display and menus), or with the keys, buttons and gas pedal. Most of the intervals with the Chrysler system are capped at 10,000 miles.

Ford
In 2011, Ford put the Intelligent Oil-Life Monitor (IOLM) on some models. Most of the EcoBoost models were first to receive the IOLM. Some 2006-’10 models do have a mileage-based oil life system that can be reset with the trip computer inputs. These are typically based around a 7,500-mile oil change interval.

Also, if it’s been more than a year since last oil change, the IOLM will display a reminder message, regardless of mileage.

Ford structures oil specifications around the weight of the oil. The WSS specifications for gasoline engine oils were last updated in 2012. WSS-M2C945-A and WSS-M2C946-A oils typically meet API SN GF-5 standards with a few extra tests performed on Ford engines. These standards cover 5W-20 and 5W-30 oils. WSS-M2C947-A approved oils are for 0W-30 oils and are typically synthetic.

Toyota
Ask any older Toyota driver how to turn off the “MAINT REQD” light on their dash, and they will be able to tell you. Since the early 1990s, Toyota’s maintenance system was designed to annoy the driver to take their car in for an oil change, typically every 5,000 miles, or at least to check their owner’s manual to determine what services are due.

Toyota recommends using API-approved engine oils that meet GF-5 specifications. This covers the majority of Asian vehicles sold since 2004. GF-6A oils are backward compatible with GF-1 oils. New GF-6A oils can be used for most Asian vehicles as far back as the 1992 model year. 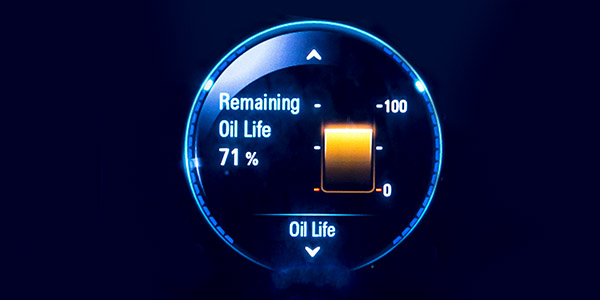 Honda
In 2005, Honda introduced the Maintenance Minder System for the Odyssey, and, in 2006, it was standard across the entire line. An onboard computer continuously monitors engine operating conditions such as speed, engine temperature, ambient temperature, time and vehicle use to determine when an oil change and regular maintenance is necessary.

When the on-board computer determines that the vehicle has reached 15% of remaining life, it will turn on the Maintenance Minder light. Also, each time the vehicle is started, the information center will default and automatically display the percentage of remaining life.

Other maintenance items in the display are in code, that are main-codes and sub-codes to indicate transmission, belts and other components connected to a mileage interval.

Honda specifies mostly API-approved 0W-20 or 5W-20 oils, but there is a different spec to note for the 2007-’12 Acura RDX that requires Honda/Acura HTO-06 motor oil, which was developed to ensure adequate protection for turbocharged and variable valvetrain engines.

Nissan
Nissan does not have an intelligent oil life monitor. It is strictly mileage-based and the interval can be changed in the driver information center or infotainment module, on some models. Most 2005 and newer models have an “Oil and Filter” Dashboard idiot light.

Subaru
Subaru’s oil change interval warning is based on mileage like Nissan and Toyota. Starting in 2012, most Subarus included an oil level sensor. The sensor turns on a light when there is typically less than two quarts of oil left in the pan.

The sensor is active during startup and under certain running conditions. Some Subaru owners mistake this light for a maintenance light.

Longer-Interval Filters
Scheduled oil changes can keep the camshaft actuators working in optimal condition to control the exposure of the intake valves. High-quality oils with lower volatility can reduce the volume of vapors in the crankcase.

You can’t judge an oil filter just by opening it up and counting the pleats. Most reputable oil filter manufacturers have a warranty that will cover engine damage if the filter fails within the OE-recommended oil change intervals. If a filter manufacturer does not have this type of warranty, don’t take a chance on their filters.

With oil life indicators pushing oil changes past 6,000 miles, the filter is under more stress. During a longer interval, the oil can become more damaging to the filter media and the glue that holds the media to the end caps. On spin-on oil filters, the old oil can damage the bypass and anti-drain back valves.

High-quality oil filters are designed with greater capacity and higher efficiency, so they can handle more contaminants over an extended interval without having to go into bypass mode. Some filter manufacturers have specific lines of filters designed to last longer than 10,000 miles.

Over time, the filter can collect enough contaminants to become restricted. The engine can sense that the filter is blocked by the pressure differential between the oil going into the filter and the oil going out. If the difference in pressure is great enough, the engine will bypass the filter media to keep the oil pressure in an operational range that will prevent damage.

When a system is in bypass, contaminants are not being filtered out of the oil. This is fine if the oil is cold during startup. Over a longer period, however, wear can be rapidly accelerated.

Determining The Life Of The Oil: How Do OEMs Calculate Oil Life Percentages?