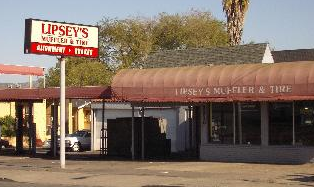 A technician at Lipsey’s Muffler and Tire in Vallejo, CA, was in for a surprise when he tried to help a couple that had come in to pick up their vehicle that had been repaired at the shop. Instead of paying for the repairs, the man pulled out a gun.

Below is the article as it appeared on the Times-Herald website.

Rather than pay for repairs, a couple allegedly took their vehicle from a Sonoma Boulevard repair shop at gunpoint Wednesday afternoon. Vallejo police arrested Doncesiva Morgan, 31, of Vallejo at her home, where they tracked after she allegedly left Lipsey’s Muffler and Tire at about 3:20 p.m. with a man brandishing a gun, Lt. Joel Salinas said.

A mechanic at the shop reportedly briefly went into a back room after the couple had arrived to pick up their vehicle, Salinas said. When the mechanic returned, the two allegedly refused to pay, pointing a gun before leaving, Salinas said.

To read the article on the Times-Herald website, visit http://www.timesheraldonline.com/news/ci_17633497.