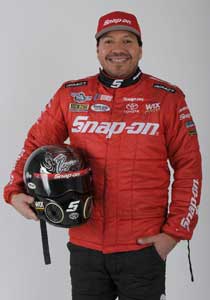 In the midst of trying to win his third NHRA Funny Car world championship, NHRA legend Cruz Pedregon will take some time to appear on behalf of Snap-on at the Specialty Equipment Market Association (SEMA) show at the Las Vegas Convention Center.

Prior to appearing at SEMA, Pedregon and the Snap-on Funny Car will be racing at the NHRA Nationals at the Strip at the Las Vegas Motor Speedway on Oct. 28-30 in the second to last NHRA race of the season. Pedregon is currently third in the championship point standings.

To learn more about Snap-on tools and its racing program, visit www.snapon.com/racing.