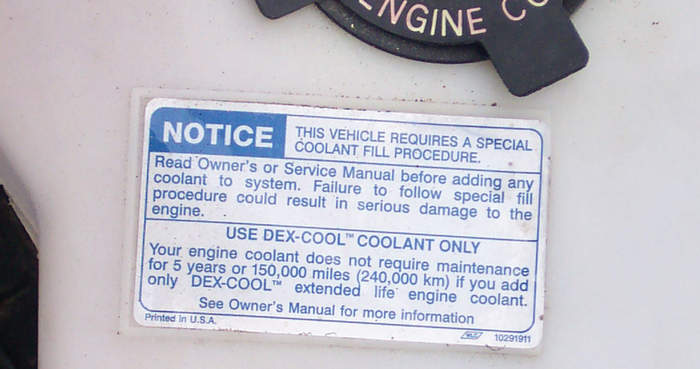 Coolant is mostly a mixture of ethylene glycol and water, with a small percentage being solvents, additives and inhibitors – but it’s the mixing and matching of those last pieces that really determine what coolant should be used and when. There are three main coolant buckets, defined by their different additive philosophies.

Coolant is easily analogized to blood, both being liquids that are essential to the functioning of an entire complex system. The analogy extends even ­further though because, like blood, coolant has different types, and it’s not a stretch these days to say that swapping an OAT with an HOAT, or vice versa, is on the level of transfusing Type A blood with Type B.

A quality coolant takes on many responsibilities — guarding against freezing or overheating; ­protecting parts from rust and corrosion; protecting rubber and plastic components from harm — but can only accomplish these tasks to varying degrees depending on the timeframe, driving conditions and engine components. This is why OEMs fine-tune coolant formulations to match the unique setups of their engines and meet the performance standards and change intervals they seek.

But not everyone sees coolant this way. Do you? Would you top-up a Ford with GM’s DexCool in a pinch? This may not be a huge deal initially, but the chance exists that this will cause problems down the road or hurt performance.

Coolant Inside The System

Many coolants now last longer, but nothing is perfect. Coolant still needs to be monitored and kept in good condition to live up to that extended-life billing. For one thing, it has to stay inside the vehicle. If there is no coolant in the expansion tank, that 5/150 talk doesn’t mean much. Lower coolant levels increase the likelihood that air will suck into the system, form air pockets, cavitation, corrosion and other damages. A lower coolant level leaves exposed cast-iron engines susceptible to rust. That rust can later be washed away by flowing coolant and deposited into the heat exchangers. Bottom line, check coolant levels on every visit. 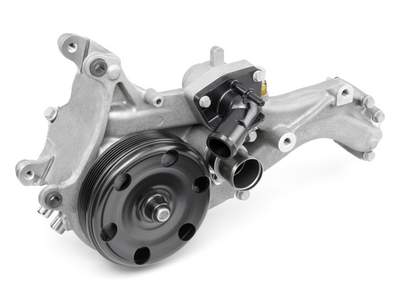 Is the coolant clouded because of rust or other contamination? The rust condition might be the result of diminished additives, but it also could be a case of the wrong coolant being mixed in during previous service. Rust in the coolant can be difficult to ascertain, so, depending on the vehicle, check for rust stains at cooling system connections and the weep hole of the water pump. If the color resembles an oil or transmission fluid, then you need to inspect for a leaking head gasket or oil coolers. Start by probing the coolant reservoir with a chemical exhaust detector.

But again, looks can be deceiving. Gates issued a report several years back that 95% of the failed water pumps it saw came from cooling systems that had never been flushed. A seemingly clean-looking coolant can still hold abrasive particles that will cause damage throughout the cooling system.

Coolant doesn’t need to be contaminated to become an issue. Over time, some additives in coolant will lose their effectiveness. A coolant with depleted additives will gain an electric charge capable of removing metal from the surfaces it comes in contact with, eventually leading to pits and holes, or will completely chew through components (older nylon carrier-style gaskets are the first to go). 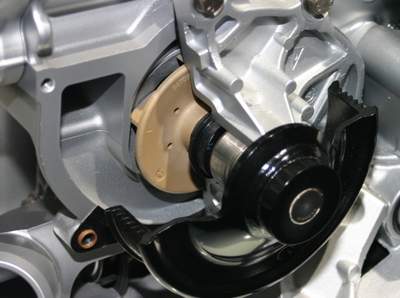 Testing coolant with a voltmeter or digital multimeter during service is a good way to measure the additive life force remaining. Attach the multimeter ground probe to the negative battery post and place the tip of the positive probe into the coolant. A reading of less than 0.10 volts is OK; a reading above 0.20 volts is bad.

Passing this one test doesn’t completely exonerate the coolant, as voltage can vary because of temperature, drive time and other factors. Plus, if coolant is degrading it will cause problems before electrolysis is noticeable. Depleted additives and rust inhibitors mean greater restriction of radiator and heater core tubes due to corrosion, rust and scale buildup, none of which will pop up in a voltmeter test. If ignored, bits of rust will clog the tiny passages in the radiator and heater.

Also, consider: In between those intervals, other parts of the cooling system may fail. If you’re replacing aluminum parts in a system, such as a water pump or even a new cylinder head, those fresh coolant passages have not been protected. An OAT coolant, for example, takes about 5,000 miles before its protecting properties will preserve an exposed surface. If the coolant seems good but is contaminated, that new pump could take a beating while waiting for that protection. A complete coolant exchange should be performed in those cases.

Coolant is mostly a mixture of ethylene glycol and water, with a small percentage being solvents, additives and inhibitors — but it’s the mixing and matching of those last pieces that really determine what coolant should be used and when. There are three main coolant buckets, defined by their different additive philosophies.

Inorganic additive technology (IAT) or conventional. Corrosion inhibitors used in varying amounts are sodium or potassium salts of inorganic anions. Phosphate, borate, silicate, nitrite and nitrate are most commonly used. Possible copper corrosion inhibitors include tolyltriazole, benzotriazole or mercaptobenzothiazole. Silicate and phosphate are known for quick protection for iron and aluminum surfaces. Phosphates work better with aluminum, but may be less effective in hard water.

Organic acid technology (OAT). Corrosion inhibitors can include 2-ethylhexanoic acid (EHA), sebacic acid, azelaic acid and benzoic acid, among others. Sometimes two or more organic acids are used in the same formulation. OAT coolants generally provide longer service life than inorganic. GM’s DexCool is the most notable example of an OAT and is comprised of sebacate and 2-EHA. Organic acid inhibitors, however, do work slower and may yield more corrosion than silicates or phosphates in certain situations when quick protection is needed. 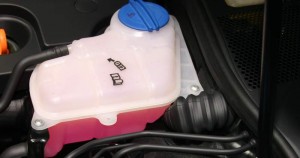 Those three main buckets contain plenty of differences, which is why experts say most shortcuts for selecting coolant should be avoided, such as going by color. For example, GM’s DexCool is orange, but Chrysler’s G-05 coolant is also dyed orange despite each being wildly different. You have to inspect labels carefully and be sure the coolant meets the spec for whatever vehicle you are working on.

Dismissing coolant differences, or choosing a coolant you just believe performs best, regardless of system or spec, some argue might inadvertently creates other issues. And topping-up a system with the incorrect coolant might not mix well with whatever is currently in the system or might have adverse performance effects depending on the system’s makeup.

But there is debate about how detrimental, if at all, mixing certain coolants can be. According to a study completed by ASTM International, at least one multi-vehicle hybrid coolant provided sufficient corrosion protection when mixed with other IAT, OAT and HOAT OEM and service-fill coolants and showed no deterioration of corrosion protection. But other tests that mixed some commercially available OAT coolants with “hybrid-type coolants” revealed incompatibilities and high corrosion rates at both a 50/50 mix and a 75/25 mix.

The paper also discussed the idea that mixtures of traditional coolants, at low levels, with carboxylate coolants yield high corrosion rates during ASTM Standard Test Method for Corrosion of Cast Aluminum Alloys in Engine Coolants Under Heat-Rejecting Conditions (ASTM D 4340). The authors rejected this idea “since an abundance of field data with slightly contaminated vehicles does not show aluminum corrosion.”

Also note that for a coolant to meet one specification listed on its label, the company must independently run 25 vehicles for 5 years or 150,000 miles to comply. If a brand you’ve never heard of claims to cover 20 or more specifications on the back, do you trust that they’ve gone through all of the testing required to make those claims? Point is, just as it’s important to use quality parts, so too is using quality coolant that matches the vehicle specifications. 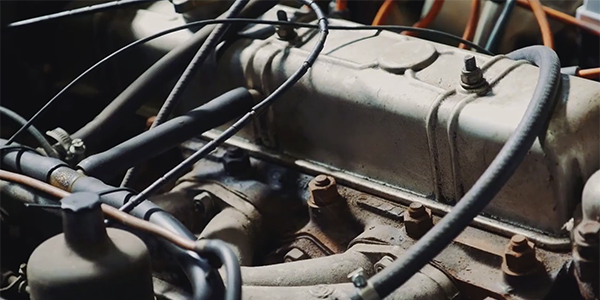